Black Snow Coop is out, check it out while you can! Finally there's a horror mod where people can unite and shit lots. Not to mention the amusements of 4 player shitting time. Heh...

How to install:
- Download
- Extract or Move the blacksnowcoop folder into your Sourcemods folder
- Games needed: SDK Base 2007 and perhaps HL2 as well.
- Finito, have fun ! ;D

Bugs :
- No particle flash on the maglite ;'( I've got it all to work but it can't be deleted and it creates a new particle that adds to the existing one every time you turn off and on the maglite.
- Intro map ( first map ) doesn't work. It freezes and the soldiers anim's are bugged. And you fall out of the vehicle in the beginning which is the main reason everything gets messy. ( I NEED ORIGINAL MAP FILES PLZ! o_O )
- Radio commands don't work but the menu appears, yet no output no matter what button you press.

Notice:
These bugs will be fixed in the future, I'll release a patch. And hopefully get the original map files so I can fix everything and add a different start to the mod so it feels a little different! But so far the ext and int map works VERY well! :) So its not all wasted... ^^
Main Menu is customized as well. Version checker is also added so you'll know at all times which version you have.

Credits:
All credits goes to the original creators,
and to Pretador for coding up this to work for coop and changing it all around, adding new panels, textures, logos, etc... =D

Conclusion:
Have fun and I hope you will enjoy Black Snow Coop just as much or even more than you enjoyed the original Single Player version now as you can shit yourself together with others. Amusing isn't it? :3

The first patch has been released and features various fixes - Download it below!
- Removed Class restrictions / FULL CLASS bug
- Changed Character Menu from showing for everyone when new players join the game/server
- Added Lower Anims for Jump, Floating, etc...
- Changed the buttons for changing between First & Thirdperson view to Mousewheel forward / backwards to swap views
- Automatic change class on swap
- Fixed controls in KB_ACT, KB_DEF
- Added new parameter in settings.src to change mp_forcerespawn
- Fixed T-pose bug before choosing a class at spawn when joining a server / starting a game 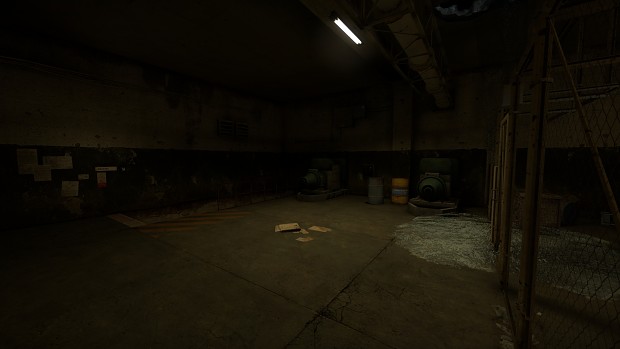 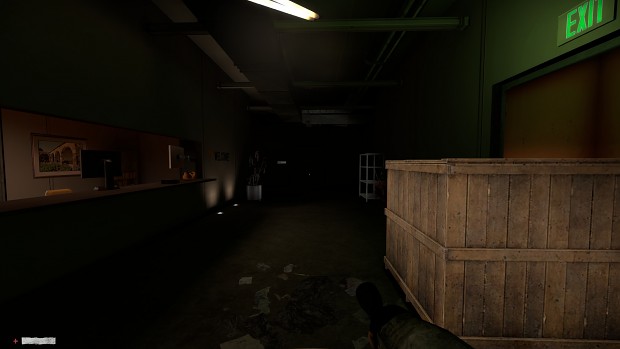 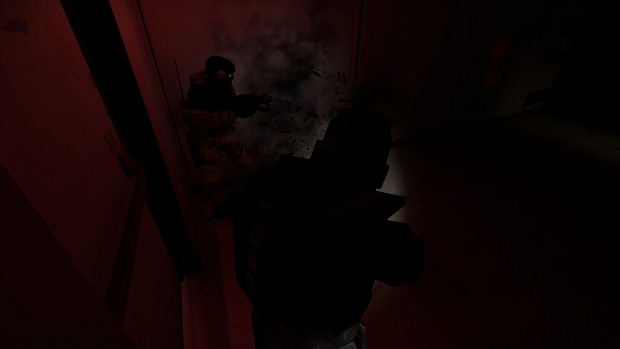 Gameplay Showoff ( Spoiler, only watch if your curious to see how its like ( this is an unfinished version with few good functions ) ):

Had no idea this was coming. Hey at least now I'll finish the game!

And this is multiplayer?

No, Why would you think that?

epic wallpaper wont let you see anything from the options menu / menu itself. try to make a porper sceme file next time. also: it was funny for the first time, but stop making large icons for your mods people, everyone uses the old library layout.

i tried the game out: the intro has a bug, if i move more then 2 meters, i drop down under the surface, and then freeze the character, and black screen with only hud showing. as i said at the single player version: its a nice mod, but it needs testing before the release.

This has been tested, and I'm sorry to say I can't do anything about it. Unless the original dev's give me their map files. I've talked with the team leader and he will give me the files soon. So I'll release a patch which will fix this. Sorry for the inconvenience!

The server will be setup shortly later today, unless if its already up running*! ^^

Pretador, have you tried decompiling the intro map?

Yes I've tried to decompile it. It is decompile protected either with no_decomp 1 or the typic mesh texture that screws up bspzip. But don't worry, the original dev's will give me access to their map files so that will fix most of the current issues! :)

Thanks for the support so far guys, remember to report any bugs you may find when you play! And I'll try my best to fix them asap.

Whenever I try to play, it launches for like 3 seconds then it closes saying this error: Speedcap.net

Do you have Half-Life 2?

EDIT: Yea I just bought it right now, hopefully after its done downloading I can play now.

I had this same problem and i have HL2. I tried redownloading too

The server is bugged. Tryed playing offline and the first map is also bugged. Uhh...did you even try this b4 realising it?

Yes? Did you even care to read the info I wrote both in News and in the download? Jeez...

As I've said, the models are random and just for fun. Why so upset? :/ And why so trolly spelling.

This mod is so buggy compared to the original Mod. And cant get multiplayer to work at all.

What's wrong? Should work tho. Also the mod is on SP content atm... The maps are not created for SP but soon I'll get the files and I'll fix it.

In other words the mod is broken untill you fix that. Because I tryed the other maps they are wayyyy buggy too. The computers don't work, there aren't any monsters, buggy teleportations. When u loose some health u walk in slowmotion.

This is a great idea if u could make it work

I'm waiting for the map files. Soon all bricks will get into place. The int map is the only map with monsters atm, and computers works there. Apart from that the rest is bugged. But shouldn't be hard to fix when I get the map files.

Pretador, have you tried decompiling the map yourself? Decompiling .bsp files turn them into .vmf files.

I answered your question before...

"Yes I've tried to decompile it. It is decompile protected either with no_decomp 1 or the typic mesh texture that screws up bspzip. But don't worry, the original dev's will give me access to their map files so that will fix most of the current issues! :)"

when I use the computer It just fades and nothing happends. And when I leave the computer it fades in and out again. But no computer screen shows up or anything

That's weird, I've not gotten any errors with this and you seem to be the first one to have them. Maybe you have a low resolution or different Video settings that may affect it?

You already replied to me? Where? When? I never saw it. :\

... the HDR looks buggy with some props D:

Just tried the mod out with my friends. I see in the comments that you need the data from the original devs to fix it up.

Can't wait, and good luck getting it working and all that. The bugs kept us from getting any further at all, but it was fun being chased by one of the monsters for a bit haha.

haha, glad to hear this. Try to use Create Server, you can get a little further then. Tho I'm waiting for the map files to fix the two other maps.

it doesnt show up in steam games.