An introduction to Vector Thrust's setting and a history of World War III.

The map below is the final revision of Vector Thrust's Battle Weary World at the start of its first campaign, Hollow Thunder. As an introduction to the revamped setting, we're giving you a brief primer the its most defining event: World War III. 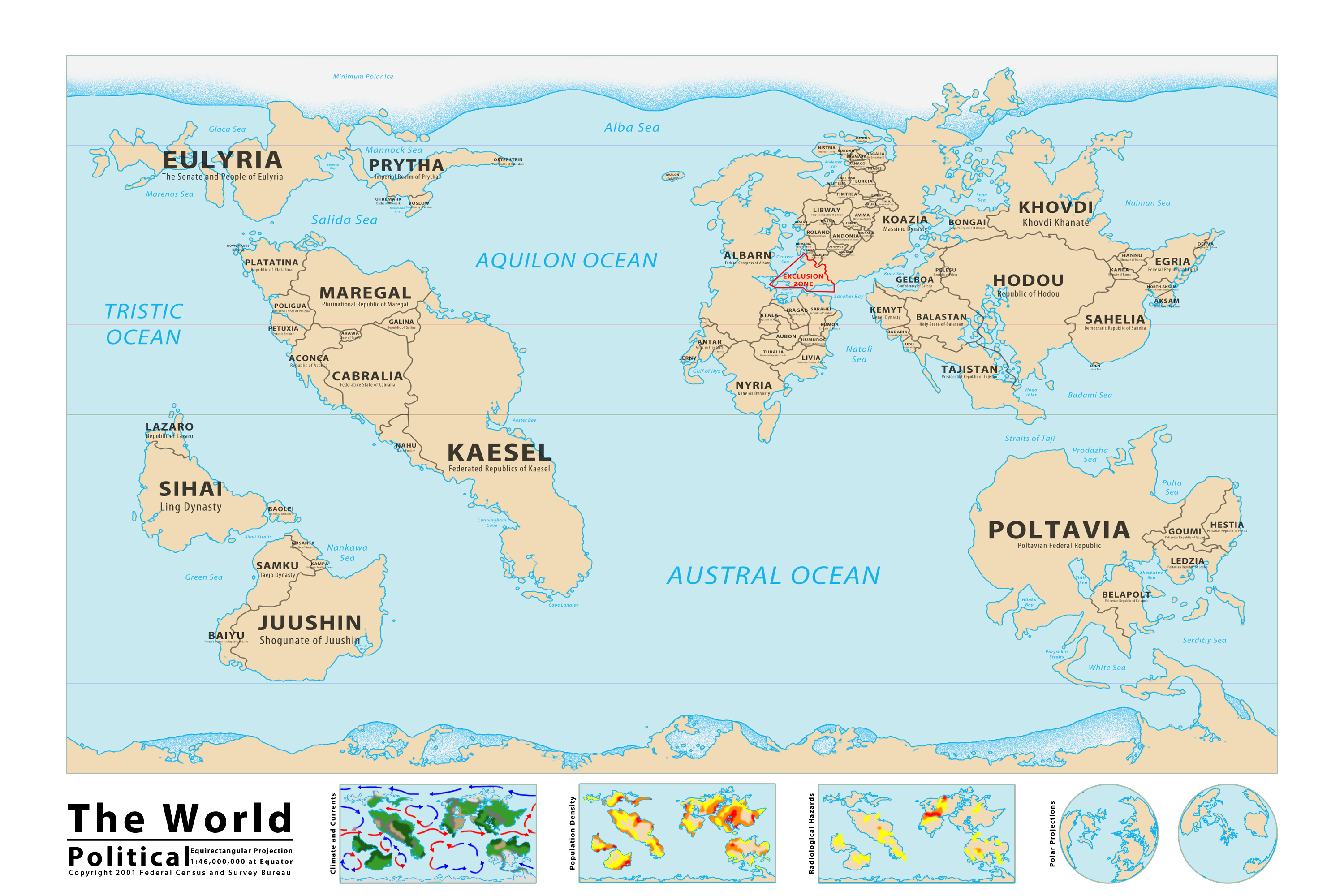 The superpowers Kaesel and Poltavia engaged in a limited nuclear war in 1963, primarily launching counterforce strikes against military targets. While they devastated each others' armies over the course of a few hours, neither side initiated a full nuclear exchange and civilian targets were left relatively unharmed (aside from residual radiation). With their militaries left unable to sustain expeditionary offensives, the superpowers reached a ceasefire only a week after the war had started. While the war was a short affair, it had a number of lasting influences on the world: 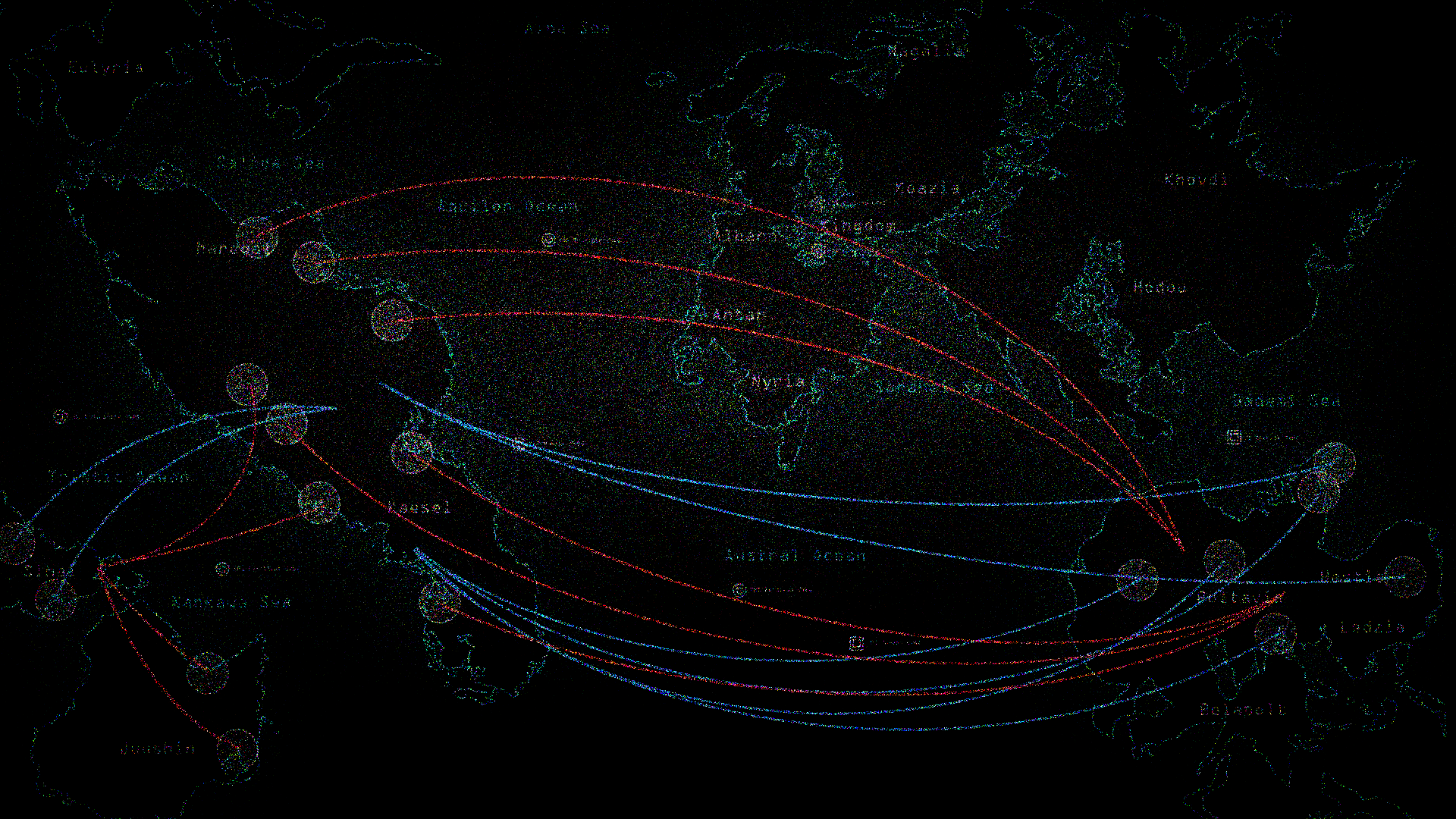 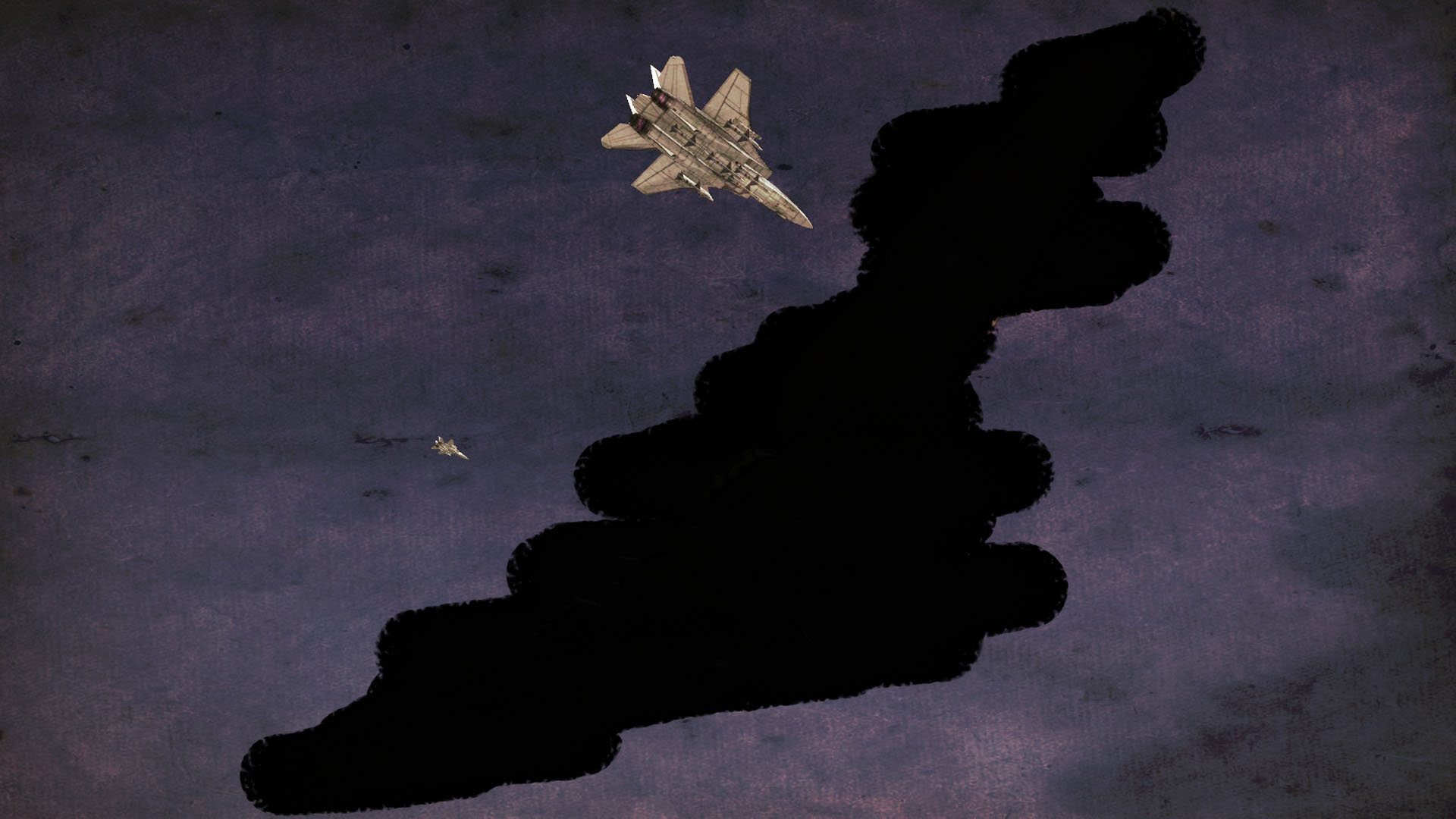 When the Kingdom fell apart in a nuclear civil war in the 1980s, the two decades of chaos came to an end. Poltavia and Kaesel censuredthe Kingdom and led the way in establishing the International Coalition, an alliance dedicated to keep arms from going in while preventing refugees from fleeing to the outside world. Though the IC has no binding legislative mandate, working together to blockadethe Kingdom and scapegoating its people for the world's problems has kept the major powers on somewhat amicable terms. But the rise of the ██████ and building resentment among the Kingdom’s survivors ensure that the status quo can’t last forever.

Omg I love it!

I red the arcticle while listening to this:


It gave me goosebumps! Try it yoursefl! :D
Anyway, I like it!

I hope we may experience more details of its story soon in the game (don't know whether sometime during beta or post-EA).
Makes me questioning these : what is the nationality origin of the player character ? what year does the revamped HT campaign takes place ? what faction will the players fight against ? And yet there're still many more questions in mind.
I hope it will be answered sooner or later in the finished revamped campaign.
One thing I'm certain: the Battle Weary World version of World War III is the war in which the players are involved in the HT campaign, right ?
I'm so hyped to see the full story of HT.
Nice one !

WW3 was in the 60s, Hollow Thunder takes place in 2003. The PC doesn't have a defined nationality and the campaign takes place within the Exclusion Zone marked near the center of the map. It's somewhat self contained, but the outside world will have increasing relevance as the story goes on past HT. We'll be releasing more details on HT's specific setting soon.

Eulyria sure does have little outposts scattered about around the world. ;)

Eulyria was an ancient naval power that colonized Lazaro and parts of the Sahelian continent; they established ports of call and later coaling stations, and a few remain under their direct control. Others, like Djen, are independent or have been reintegrated into the nations they were carved out of.

So its based on a combination of the Spanish/Portuguese and British empires then?

Culturally it resembles a maritime-oriented Rome more than anything else (as the full name suggests), but historically it peaked in the 1700s and 1800s as the world's hegemon like Britain. It's been around in some form for 2000 years, though, and is ethnically and culturally related to the nations north of Kaesel.

That's sort of what Jerny is; they'll play a bigger role in a future campaign.

Damn, man this is some sick backstory. Loving the detail in that political map too!

Poltavia is where the Russian fighter jets come from but socialism never arose in this world so there's no real USSR analog. Monarchies and illiberal republics founded out of romantic nationalism dominate the international political scene.