The first progress update in nearly 2 months! After a very slow period due to finishing university and revising Surface Tension Uncut for a v2, I'm now very close to finishing B2, the final map of OaR Uncut, and releasing it for Alpha testing. After the Alpha testing there will be a public beta for everyone. B2 is potentially the most exciting and unique map of OaR Uncut, so read on if you're interested! 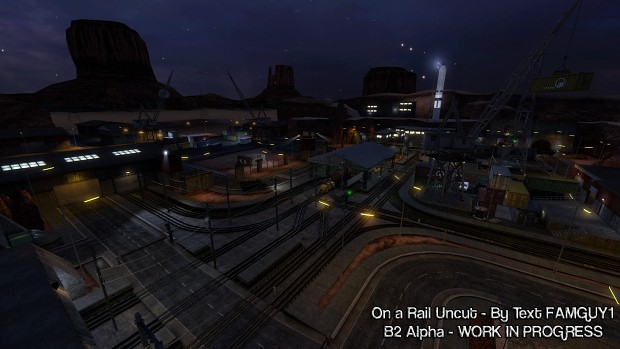 Hi there everyone, it's been way too long, sorry! As I said in the summary, I've just last week graduated with a 2nd class honours from the London School of Economics, and have been using my newly found spare time to finish the final map of OaR Uncut - bm_c2a2b2, or B2 for short.

Though B2 isn't quite ready for alpha testing yet, it's certainly good enough for a media release, which is why I'm here - I want to let everyone know I'm still alive! The private alpha, conducted on the Black Mesa forums, will take place in hopefully a few days if everything goes according to plan (then again, does anything ever go according to plan?), and then the PUBLIC beta, which will also be posted on here, will be conducted a few weeks later, after implementing feedback from the private alphas.

So B2 is the final map of On a Rail Uncut, and the penultimate map of On a Rail as a chapter. Though I've said this in every single news post since I started, I'm going to reiterate it once more. Sorry regulars!

On a Rail Uncut, like my other mod, Surface Tension Uncut, is an addon you install into Black Mesa which seamlessly adds on and integrates into Black Mesa's story mode. This isn't official work, I'm just a big fan of Black Mesa and the Half-Life series in general trying to right what I perceive as a flaw in the remake. I'm just doing my bit; what I can. It actually adds 4 maps to On a Rail, which by default in Black Mesa is only 3 maps long! It more than doubles the length of the chapter, as a result.

Here is a breakdown of the maps in On a Rail with my mod adding onto it:

The final download when the mod is finished will be installable in 2 separate packages.

OaR Uncut Lite includes BM_A1 and BM_A2, for those of you who really don't want the chapter to be as long as it was in the original (why not!?)
OaR Uncut Full (default package) includes A1, A2, B1 and B2. 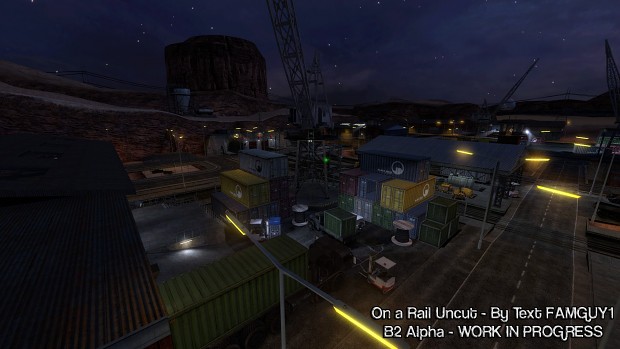 Another reason B2 has taken so long to reach its existence is because it's been horrific to develop. Not only have I been working well outside my comfort zone (loads of outdoor natural environments), but I've been super busy and basically trying to design an entirely original layout while staying true to the spirit of Half-Life's version.

B2's unique claim compared to the rest of On a Rail's maps is that the majority of it is set in a huge outdoor area. This is a potentially divisive massive departure from the original, where the entire tram system ran only underground aside from just before the rocket launch sequence.

On a personal level, I feel like it's the most beautiful piece of work I've ever created, though I have to thank the BM Devs for creating such fantastic lighting schemes for night time outdoor areas. Maybe on a gameplay level it doesn't offer a great deal that's unique and memorable, but it's more about the visual element, really.

Please watch the video for more information on the map!

Like B1 and A2, B2 seriously pushes the Source engine right to its very limits. Not only am I banging right on the door of the brush/brushside limits, I'm right bang on the entity limit too! Many things have had to be removed in order to keep the map functioning properly within the constrains of the somewhat antiquated Source engine, and while it's a bit disappointing that I've had to remove content to make it fit, it is necessary. While performance currently is terrible, hopefully the optimization pass can address this. 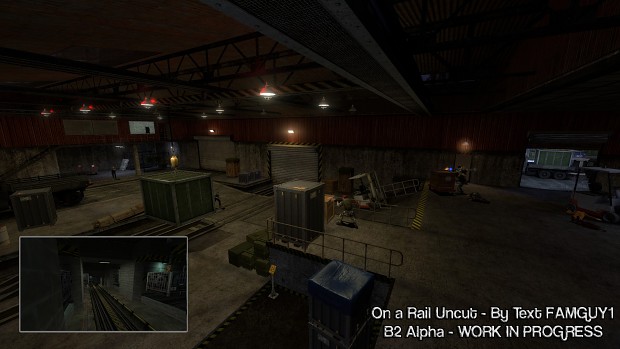 There are so many reasons that I decided to set B2 outside. The first, which I mentioned many times during B1's development is thematic variation. Part of the reason the original OaR was a bit on the boring side was because the chapter looked the same the entire way through, with no variation. This was a compelling reason to set part of the rail system outside - it allows the chapter to be long without being too boring from a visual perspective. Changing things up a few times visually can work wonders in keeping the player interested. Overall there are now 3 distinct thematic shifts throughout the whole of OaR - the rust red/orangy, run down, disused tunnels of the office transit system (A, A1, A2, B, C), the cold blue, well maintained, busy material transit system (B1, B2), outdoor areas (B2, C) and the cave tunnels could be considered an honourable mention (B2 only). This helps keep things interesting.

Another is that outdoor areas look beautiful in Black Mesa. The Black Mesa Developers' choice of lighting, sky, and star/moon effects, is stunning in conjunction with their cliffside textures and choice of artificial lighting for outdoor buildings. I felt a bit like the small section of the outdoors you see in Black Mesa's C by default just doesn't quite do justice to how good a job the Black Mesa Devs did when deciding how to make outdoor areas look. 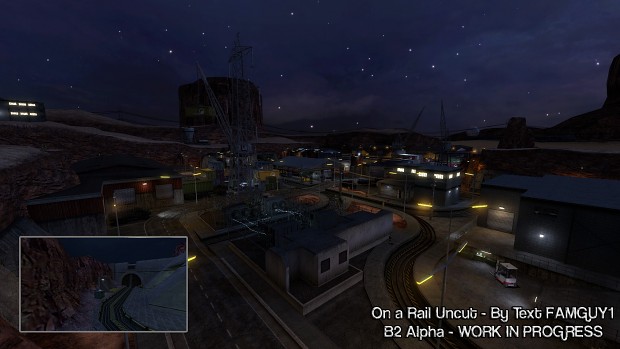 That's all I can really think about that I have to say on B2, though there's plenty more on the video. Keep checking back here for progress on the Beta, which should be soonish I hope! It won't disappoint, my team of fantastic testers and the community behind me won't allow it to! Thanks for all your support everyone, I enjoy doing this so much thanks to you guys. Let me know in the comments below or on the YouTube video your thoughts on the state of the B2 Alpha!

It's nice to see you doing something new, staying true to HL while instilling your own vision. It makes sense to take advantage of Black Mesa's beautiful outdoor areas that weren't truly showed off. Night time courtyards are my favorite location in HL. So it's especially great to see. Good luck with this, Black Mesa is getting close to perfect.

I think this looks super awesome.

awesome, although, any chance of some stealth in the outdoors area?

Top notch work. Taking into account that map assets and optimization passes still need to be done, here are some suggestions for you.

- Typically, the large outdoor map should be patrolled by the HECU, so a couple more one/two soldier encounters would make sense.
- More defective and blinking and arcing lights. A blinking lamp post would be different and unique.
- Outdoor area has too many mounted lights and lamp posts.
- Lots of assets can still be removed, without making areas look empty. This will help in reducing resources and improve FPSecond.
- Office building(s) in outdoor area should have a couple of windows darkened. Seems that they're all fully lit.
- As the player approaches or gets in close proximity to the damaged tram turntable, have a section of track and/or debris dislodge and fall to the area below. Or have one occur when the player is in the upper area, and a second one occur when he/she is in the area below.

A re-post of my previous post, directly above, with additional comments.

Top notch work. Taking into account that map assets and optimization passes still need to be done, here are some suggestions for you.

- Knowing that Freeman is still at large and causing havoc, the HECU should be on high alert, so the large outdoor map should be regularly patrolled by them. A couple more one/two soldier encounters would make sense.
- More defective and blinking and arcing lights. Having one of the fixtures blinking in a dual lamp post would be different and unique, if the model allows for it.
- Outdoor area has too many mounted lights and lamp posts.
- Lots of assets can still be removed, without making areas look empty. This will help in saving on resources.
- Office building(s) in outdoor area should have a couple of windows darkened. Seems that they're all fully lit.
- As the player approaches or gets in close proximity to the damaged tram turntable, have a section of track and/or debris dislodge and fall to the area below. Or have one occur when the player is in the upper area, and a second one occur when he/she is in the area below.
- Have a couple of instances where headcrabs drop down onto the player from overhead pipes/vents/stacked crates. To heighten the shock value, mute their sounds until they actually attack.
- Being that these maps are in material handling areas, have a couple of instances where a zombie or two are hidden behind a grouping of barrels/crates/cardboard boxes, which are swatted towards the player when he/she crosses a trigger point. Again, to maximize the scare factor, mute their sounds until they actually attack.

- Outdoor area has too many mounted lights and lamp posts.

It's actually fine the way it presently is depicted.