Turmoil Studios has been busy with Battle Dash, and busy recruiting more members. Our size has increased from 2 to 6 people. Battle Dash has underwent a complete rewrite. Lots has happened, and you should come check it all out.

Turmoil Studios has been very busy with the development of Turmoil Studios. It has been a couple weeks since out last update, so we figured it was time to provide an update.

We have increased our team size by a little bit. We now have two Graphic/UI Designers, a 3D artist, a level designer, and a programmer. We may have another 3D artist coming as well. So Turmoil Studios is starting to grow a little bit, and it has been amazing(about 6 people total). One of our Graphic Designers(Jacob) created a logo for Turmoil Studios that we are all proud of. You may have seen it in the thumbnail of this article. Here is a picture of it as well. 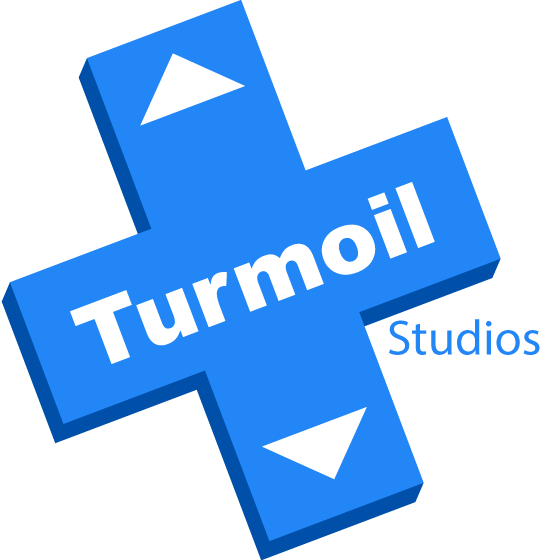 In our opinion, this is a very pretty logo. We are very proud of Jacob for designing this logo. Thanks man :)

Turmoil Studios also has a blogging website for dev diaries now. It is currently under going some changes as we just got it put up, so don't be surprised if you visit it today, and a week from now it is different. But it is live. We plan to write about whatever is going on in the development of Battle Dash on here(SlideDB), and over on our website. You may find more detailed posts on our website, and more technical posts as well.

Go ahead and check it out at Turmoilindiestudios.com

Battle Dash has recently went through a complete rewrite. Our programmer(Kyle/me) just finished writing the code today, and pushed the changes to the game's repository. On the surface it seems like the same game, but a lot has changed underneath. He also finished a rough version of the battle system that is pretty cool. It does need some work, but the foundation is there, and it is quite cool.

Here is how the battle system works. There is the player, and a boss during a boss battle, pretty self explanatory. Both the player and boss have a "primary", "secondary", and "defense" action. These can vary from a sword stab, to a fireball being shot, to a health potion being drank. Anyway, when a character performs one of these actions, there will be a delay after the action. This means that the player and boss cannot spam the same action over and over, and have someone die instantly. The boss has a little extra delay because we found that it was quite unfair without having the boss wait a little bit. This system works pretty good, and makes each boss battle very fair for the player, and the AI. 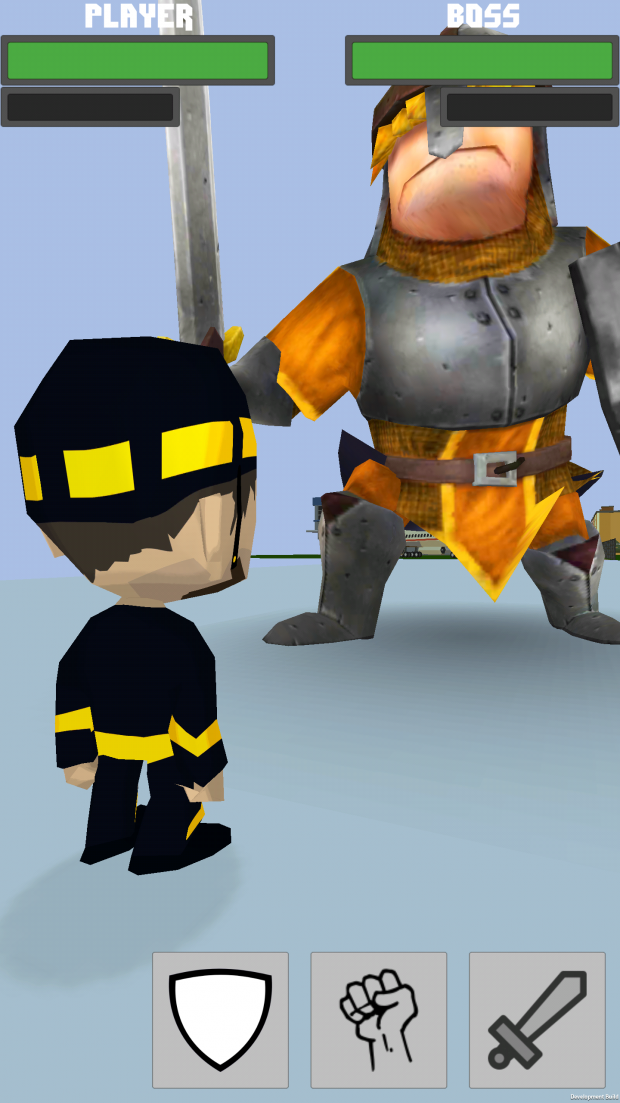 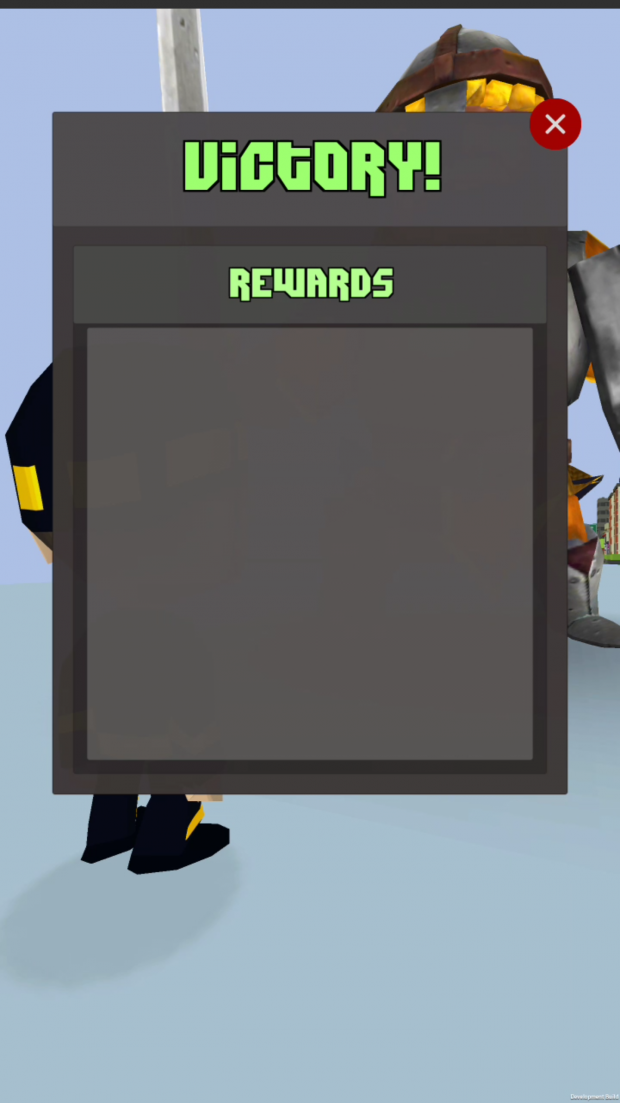 In the second image, there is a pop up menu that says "Victory" and "Rewards." This is the menu that will pop up if the player wins the boss battle. In the final game, there will actually be rewards here, but for this demonstration, no reward is given to the player. Kyle still needs to implement this feature. Some rewards may include coins, clothing items, or power ups to help with the current run.

That is about all we did the last couple weeks. A lot of changes have came to Battle Dash, even if most of them are not visual changes. One thing that we added but couldn't show today was UI animations. Whenever a menu pops up, it will smoothly come into, and go out of the screen. This is a small polish technique that all game developers need to pay attention to , because it surprisingly adds to the game in a weird way.

Anyway, thank you guys for reading this quite lengthy article today. If you haven't already, follow us on Twitter(here), and of course, watch this game on this website. It really would mean a lot to us.