Post news RSS Big Brother has arrived - and it's you! Orwell launches today with free episode!

Orwell has arrived on Steam and Humble. First episode released as a free demo right here on IndieDB!

Developer Osmotic Studios and indie label Surprise Attack Games today released the first episode of Orwell, a video game in which you must pry into the lives of citizens to find those responsible for a series of ideologically motivated terrorist attacks. A narrative-driven thriller, the game seeks to explore a key issue of our time - the growth of the internet, its impact on how we are perceived by others and the extent to which states can and should monitor their citizens.

The first episode - The Clocks were Striking Thirteen - is available now as a free demo from Steam or IndieDB. In this episode, the player is recruited into the Orwell program and, following a terrorist attack, is given their first target to investigate. Cassandra Watergate is a young woman with a criminal record who was spotted by surveillance cameras at the site of the bombing. Digging into her social media, chat messages and online presence, the player starts to uncover a web of connections and a mysterious group who might be involved in the attack.

The remaining episodes will release over the next four weeks and the full season will cost US$9.95 / €9.99/ £6.99 available from digital game stores including Steam and the Humble Store. 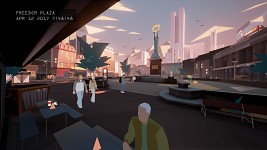 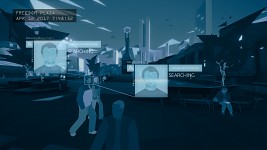 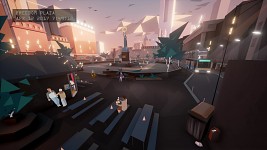 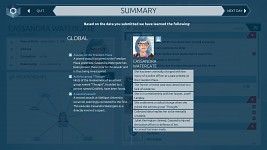 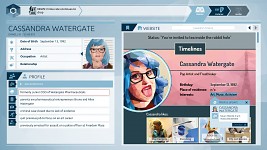 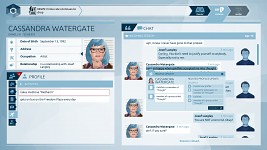 If you have any questions, feedback, or just want a chat, we'll be hanging around here as always!

Will be playing the demo in the next few days. Looks very cool and love the name :)

Nevermind. I read the Steam forum.

Such a great idea haha. Bravo.

worth getting thumbs up way up