The new version 2.22 of Beyond The game is available.

I've updated all mapscripts so they can be compatible with BTS, but of course some part of it will have no effect, I've named those parts (which you can enable via options) as 'BTG options' on each maps.

There are various and different for each map but they fall into larger categories in general :

Overview
A map very suitable to give players similar amount and quality of land by creating their dedicating hub and linking them cardinally, perfect for long and balanced games 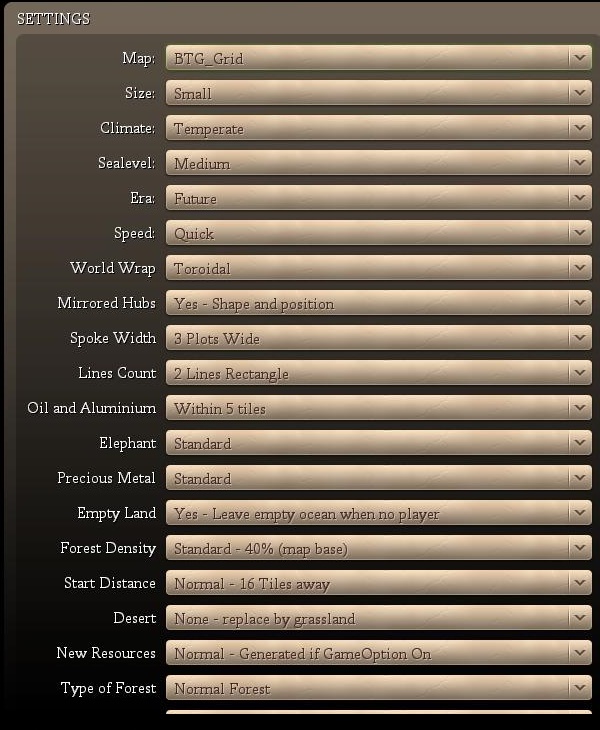 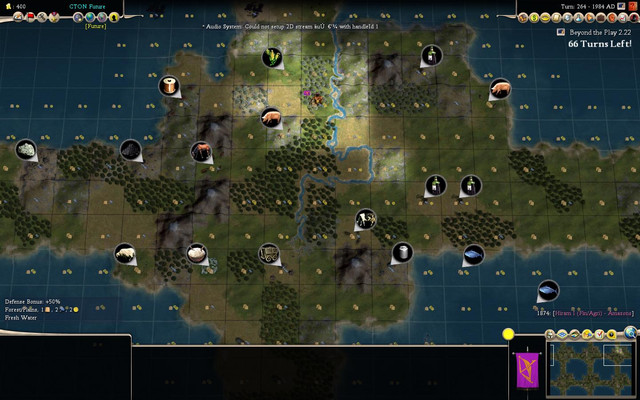 Overview
Based on the Grid map, but gives you an extra "continent" to capture for yourself once Astronomy is available, a bit like Terra maps.
Players are placed in a single line vertically, and (the map being toroidal) have the equivalent amount of land reachable via either their west our east 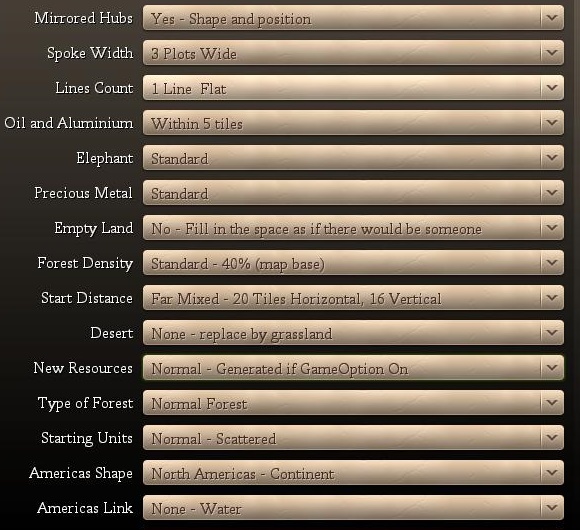 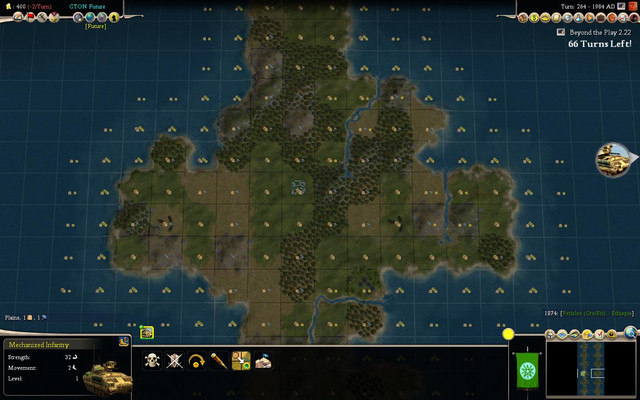 Overview
Based on the Grid Map.
The amount of Hub is determined (in most cases 5, other possibility 9) in a "cross" shape
What's important is that it's made for 2v2 games because the hub in the middle, the only one that connects to 4 branches (instead of 2) is empty.

Key Option
Regions - normally 5. Can also select 9 or 4.
Central Hub - Can select to enrich (a bit, or more) the quality of central Hub. If you play with 5 players this will be the hub of 5 player. 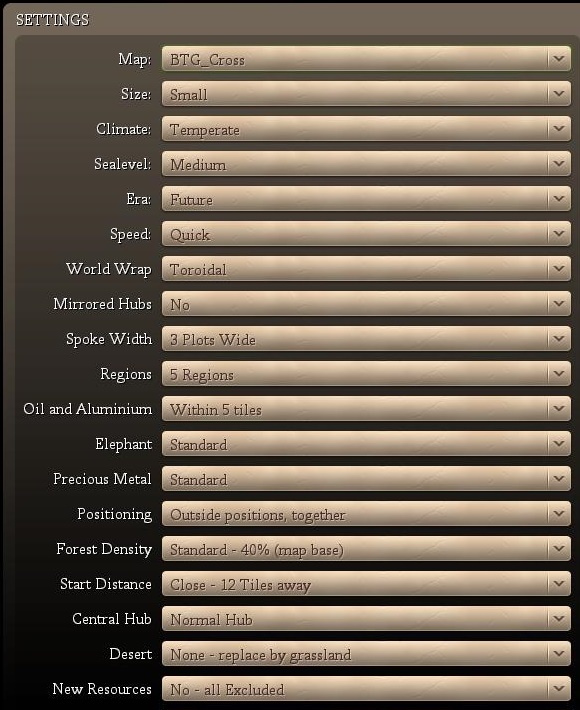 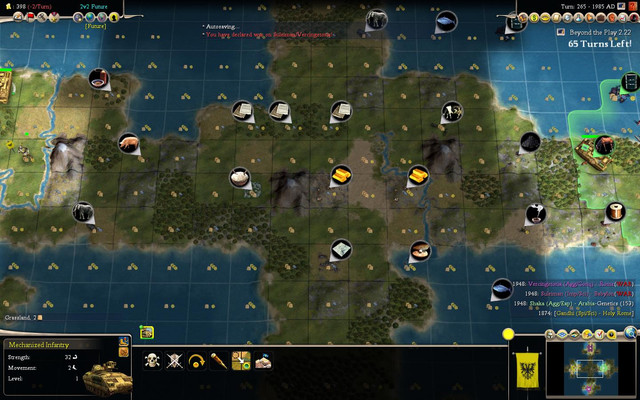 Overview
Each player gets a large square of land but they're all interconnected diagonally to all the other squares (all the connections exist) and are separated by a relatively small 4 tiles of water.

The land at connection points is flagged up and can be forced to be a specific type of terrain; this include 'Marsh' which can then be sailed through by boats, essentially making all connections by boats possible

Best for
2v2 Any era start 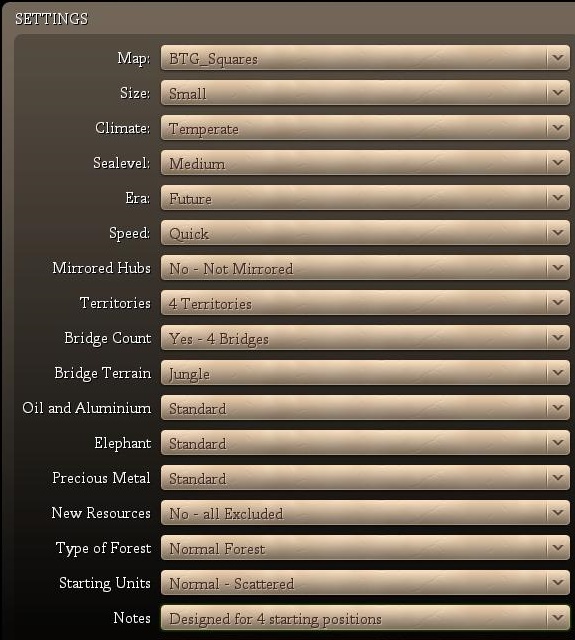 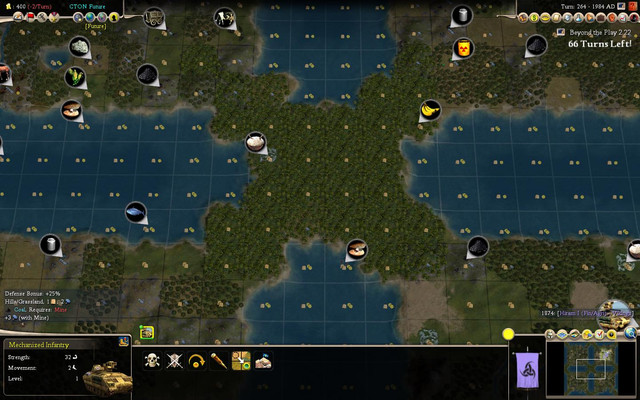 Overview
A map tailor-made for the UU Madness scenario or any game that wants to put an important focus on resources. Beside the bare minimum normal resource (strategic resources like Copper, Iron, Horse, Oil, etc.) there is only a handful of resource type around the start of the player.

The map adapts differently the shape depending on amount of players to keep distance to middle the same for each. There is also external water to a lesser extent. 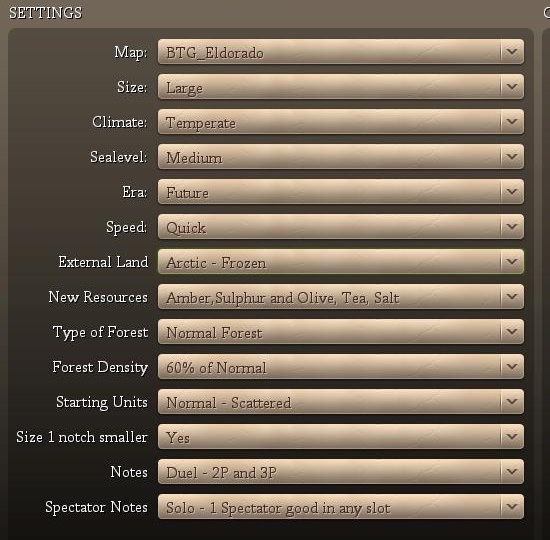 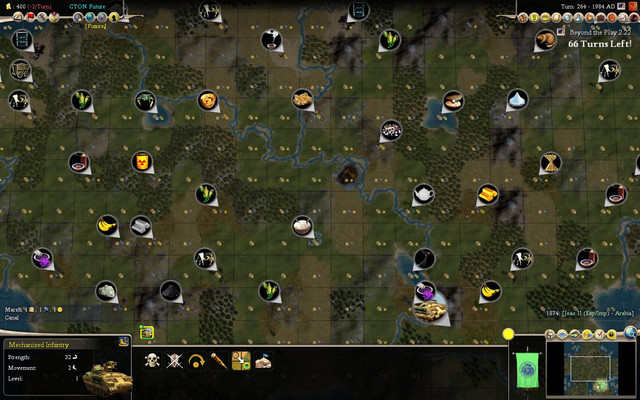 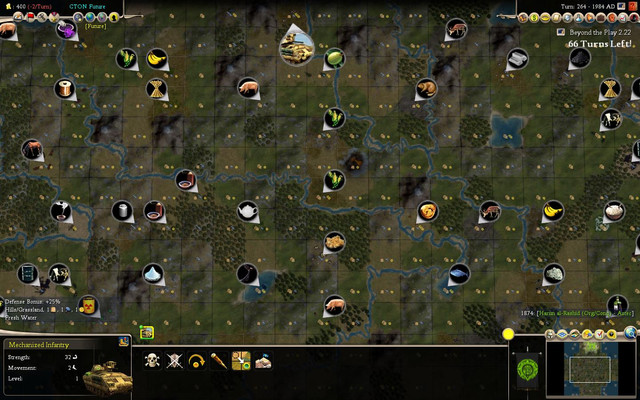 Overview
Based on donut map, optimized starting position so that 2 teams can face top versus bottom, so that each player has access to a different side of the sea.

The seas (internal and external) have all their ocean tile randomly filled with impassable ice tile, creating a different mazy shape each time.

There are also islands in the 4 corners which can be grabbed, but of course are more or less unsafe depending on the ice shape

Best for
3v3 or 4v4 teamers. Classi, Medi, Reny or Indus (best) start.
The advantage of this map for Industrial start is that it's difficult to coordinate a super early 9 rifleman rush with 3 Galleons since all players are on different seas. 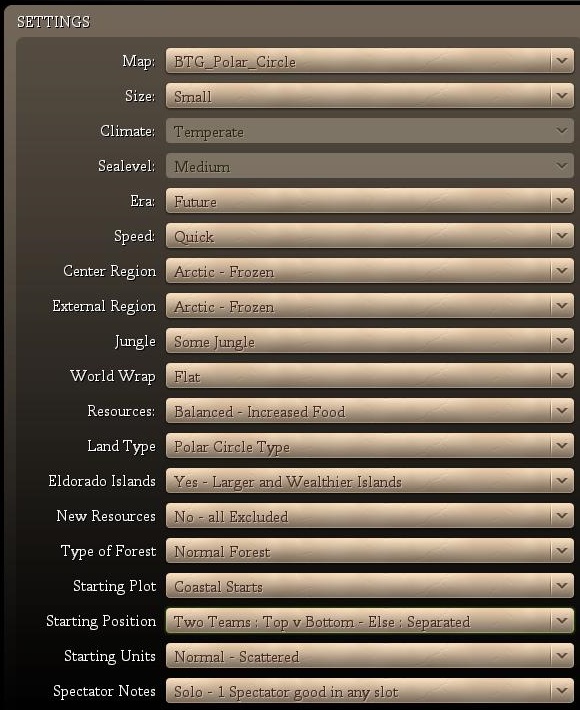 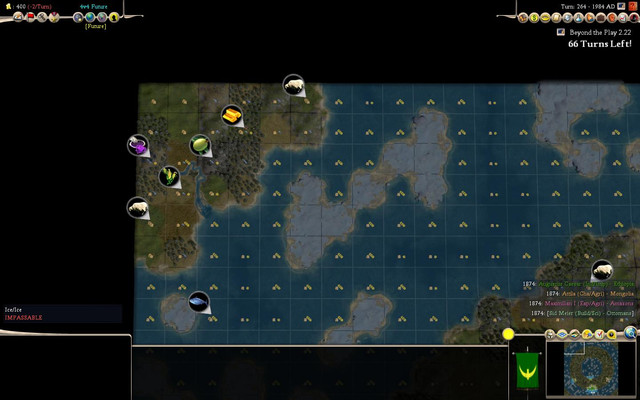 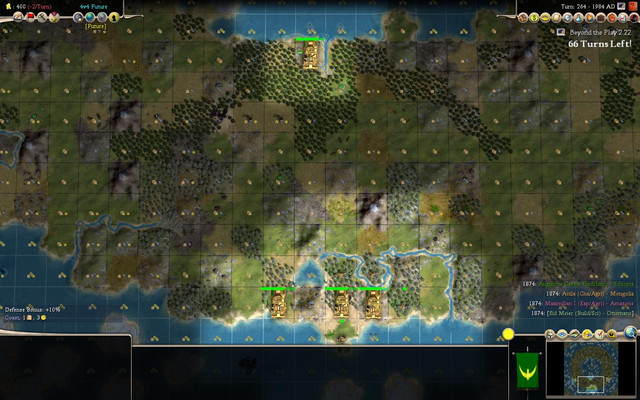 Overview
Based on Calera map of Zholef (huge thanks for his feedback : Forums.civfanatics.com)
Fixed the values for specific MP scenarios and added few options, like central land can be Frozen so that you could not land everywhere, changed the balances of resource a bit (guarantee strategic resource on land for example) etc.

The map is the closest representation of a mediterranean shape we have, "New world creation" option is interesting because it forces either sinuous landmasses you have to go around, or a "free" full of ocean middle of the map 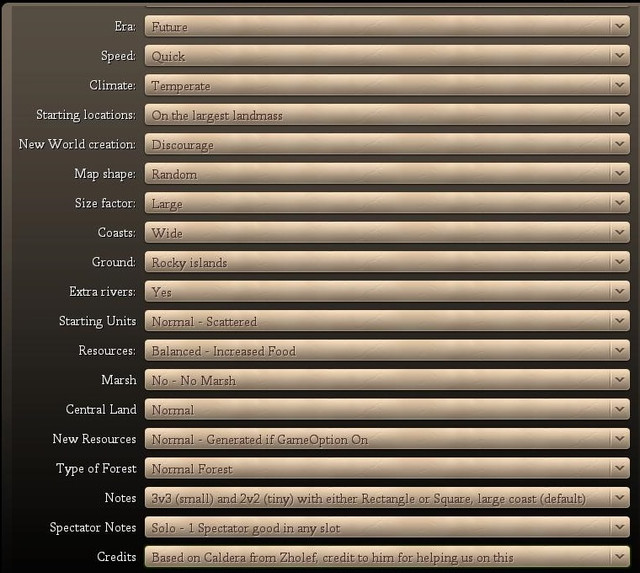 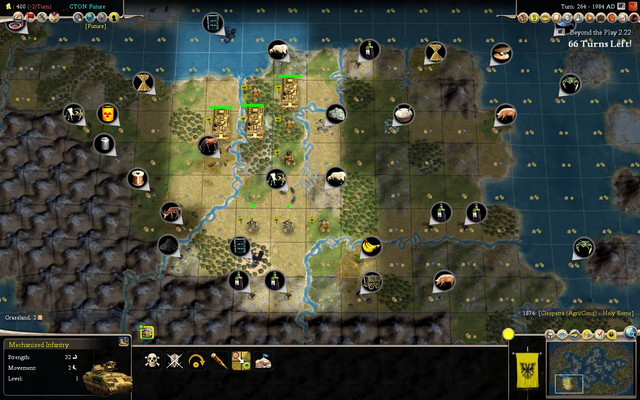 Works only if you have 2 teams (or obviously 1v1) for the game.
It does an axial symetry of the land and mirror left and right side of the map. The starting positon are set too and it's the specific case of the "V" shape for 3v3 for example. 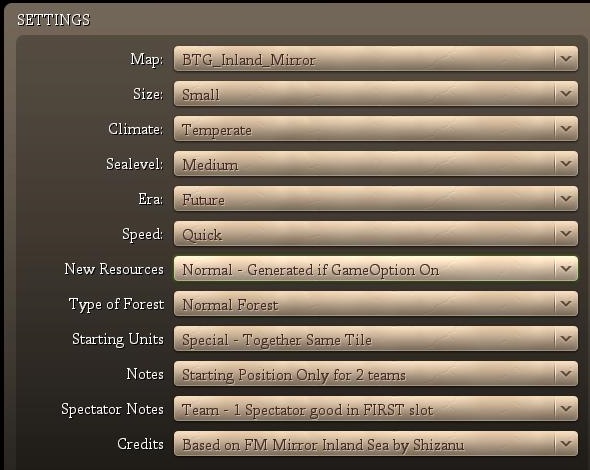 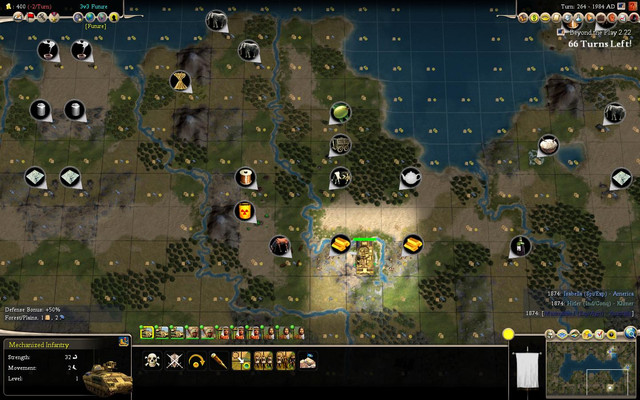 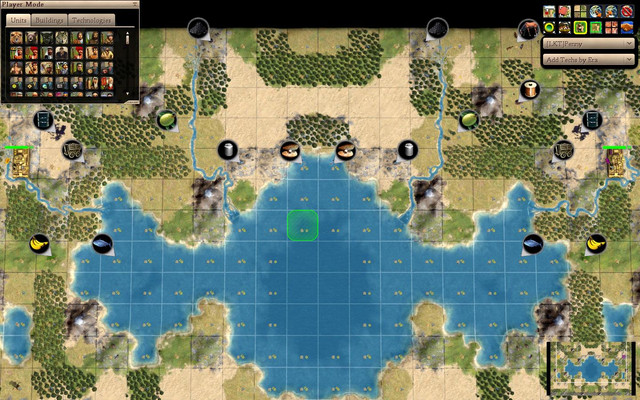 Key Option
Starting Position - Either Top Vs Bottom for 2 teams; or you can chose template "V" or template "L"
Central Land - Normal or Artic Frozen 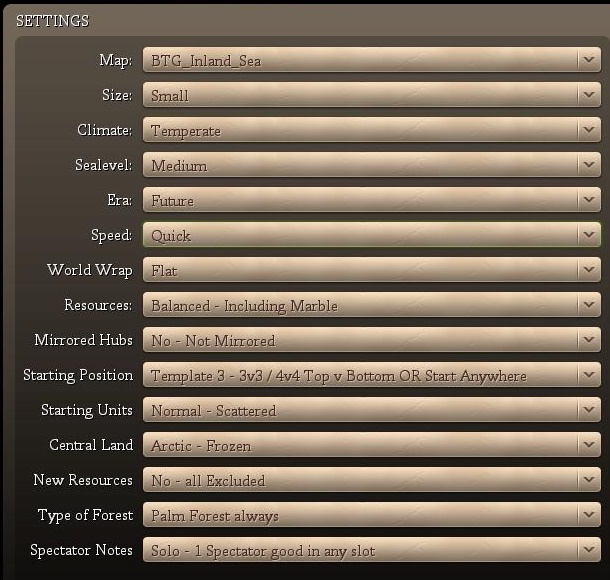 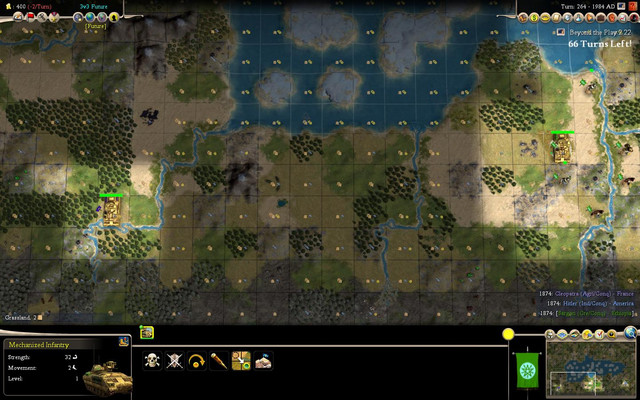 Overview
Updated with default option we use for teamers, and added all BTG options aforementioned
They were fundamentally the same code and have all kept like that and updated similarly 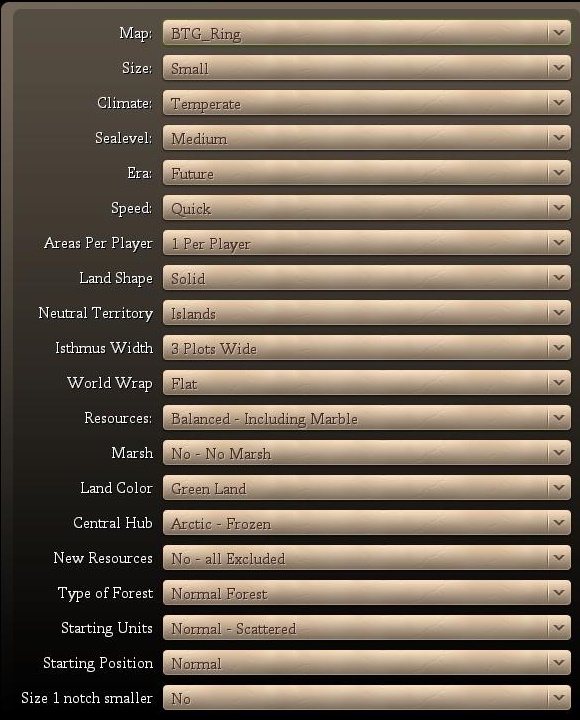 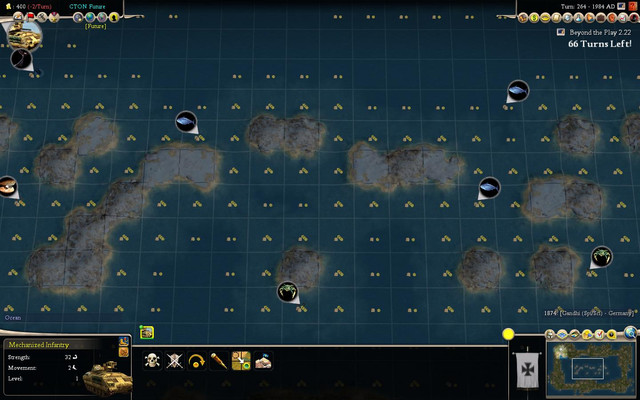 Team Beyond The Game

Beyond The Game Civilization IV: Beyond the Sword
Related Games

Beyond The Game Developer