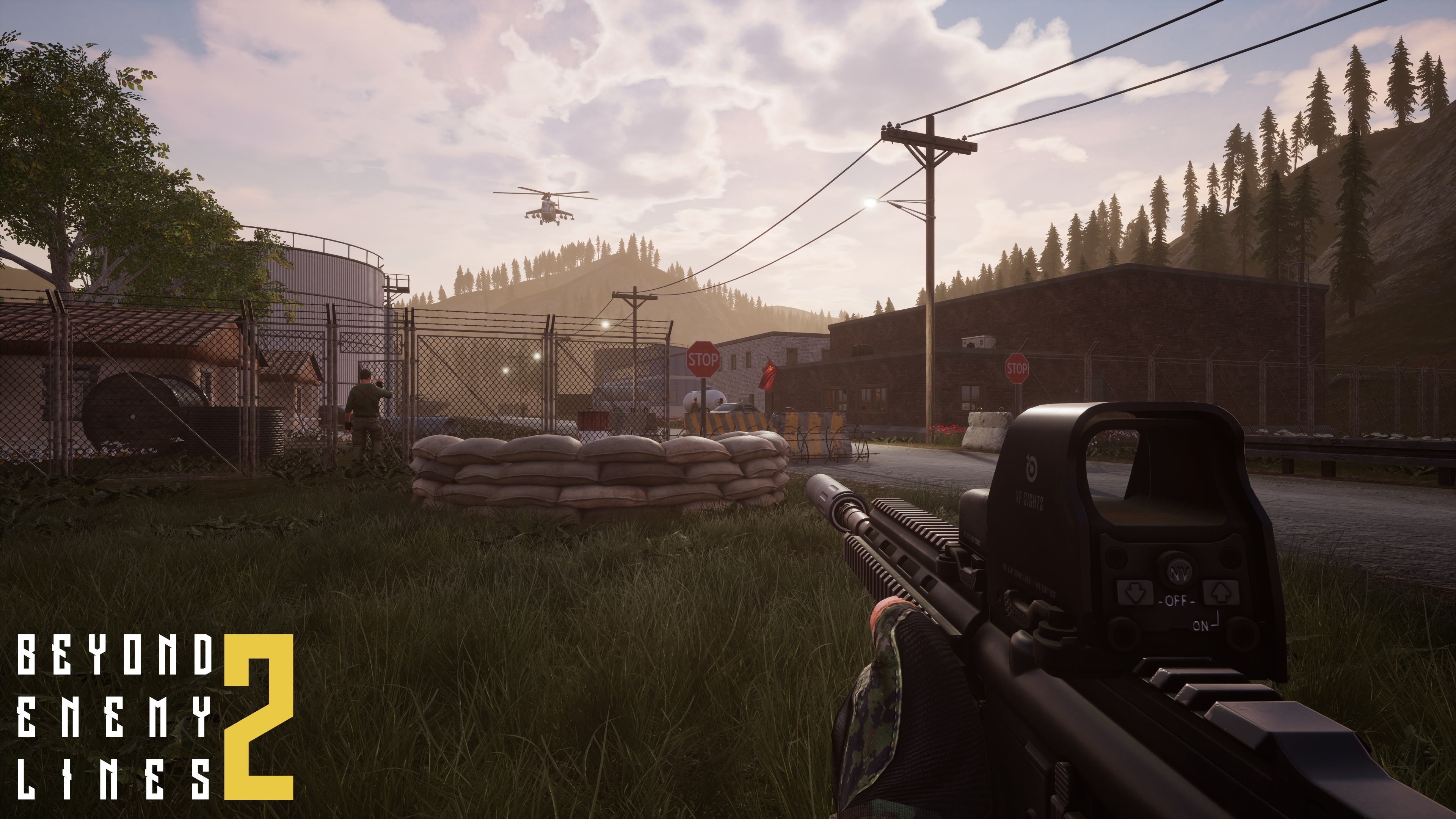 What is Beyond Enemy Lines 2?

Beyond Enemy Lines 2 enters the path prepared by the predecessor and evolves into a fully fledged singleplayer combat sandbox with total freedom.

Combat Sandbox Evolved
Beyond Enemy Lines 2 offers a unique mix of endless possibilities with total freedome and no handholding. Sneak around enemies or go in guns blazing, use the physics to defeat opponents and customize your weapon appropriate to the situation. You have the freedom to choose your path!

Realtime Weapon Customization
Customize your weapons in real time on the battlefield with various parts to ensure it suits your playstyle.

Smart-AI-System 2.0
Developed from scratch, the Smart-AI-System 2.0 provides dynamic combat situations with a smart, unpredictable AI. All issues of the predecessor got removed and new features like squad management and advanced weapon handling where added.

Tactical depth easy to control
Beyond Enemy Lines 2 offers more tactical depth and interaction then ever before. Yet it's easier to control then equivelant games. Intuitive and fluid!

100% Hardcore
Going beyond the enemy lines means carefully considered and skillful actions. Beyond Enemy Lines 2 is hardcore PC game developed against AAA industry standards. Don't expect positive reinforcement and a rank up for opening a door. You will only survive with skill, tactical knowledge and patience!

What is different to Beyond Enemy Lines 1?

One thing which got removed first was the Map Computer as it is no longer required to plan your tactics. Missions are designed in a clearer and more readable way and the introduction of customizable weapons required some rebalancing. Out of the same reason the carried weapons are limited to a primary and secondary weapon as well as a backup pistol. In other words you can carry only 3 weapons at a time.

The player movements were expanded by adding lean and prone funcionallity. Weapons handle like real weapons and fires into the direction of where the barrel is pointing at. Which means each move of the weapon affected the bullet impact location.

Oh and one more thing ... weapons do no longer clip trough objects!

Open and Community driven development in 2018!

This new update replaces ~95% of all indoor objects with new, high resolution objects as well es several outdoor objects. Render mode has been switch to prebaked shadowmaps for buildings for a more realistic atmosphere.

Don't makret your game to "hardcore" audience. This might turn off potential buyers (great example is LawBreakers)