This article will cover npc_bec and his features as well as some preview about him.

As mentioned earlier, here is a full article covering npc_bec.

BEC stands for "Broken Eye Cop", but since Bec is also a real name, we might as well go with that.
Bec is a high ranking Civil Protection Officer, outranking everyone you'll meet, including yourself. His experience with Resistance members before the Uprising will prove useful throughout the entire campaign.
But not only that, Bec is also acquainted with driving of old vehicles of all sorts (such as trains and trucks).

As mentioned in the first article where he got briefly covered, Bec is worn down by an accident that I won't go into now. His mask broke, so he quickly got some duct-tape and put it back together, he threw his CP badge away to replace it with a bandage and his night vision on the right eye is broken. Over time, some people have suggested to make the right eye blink from time to time and we are considering it! 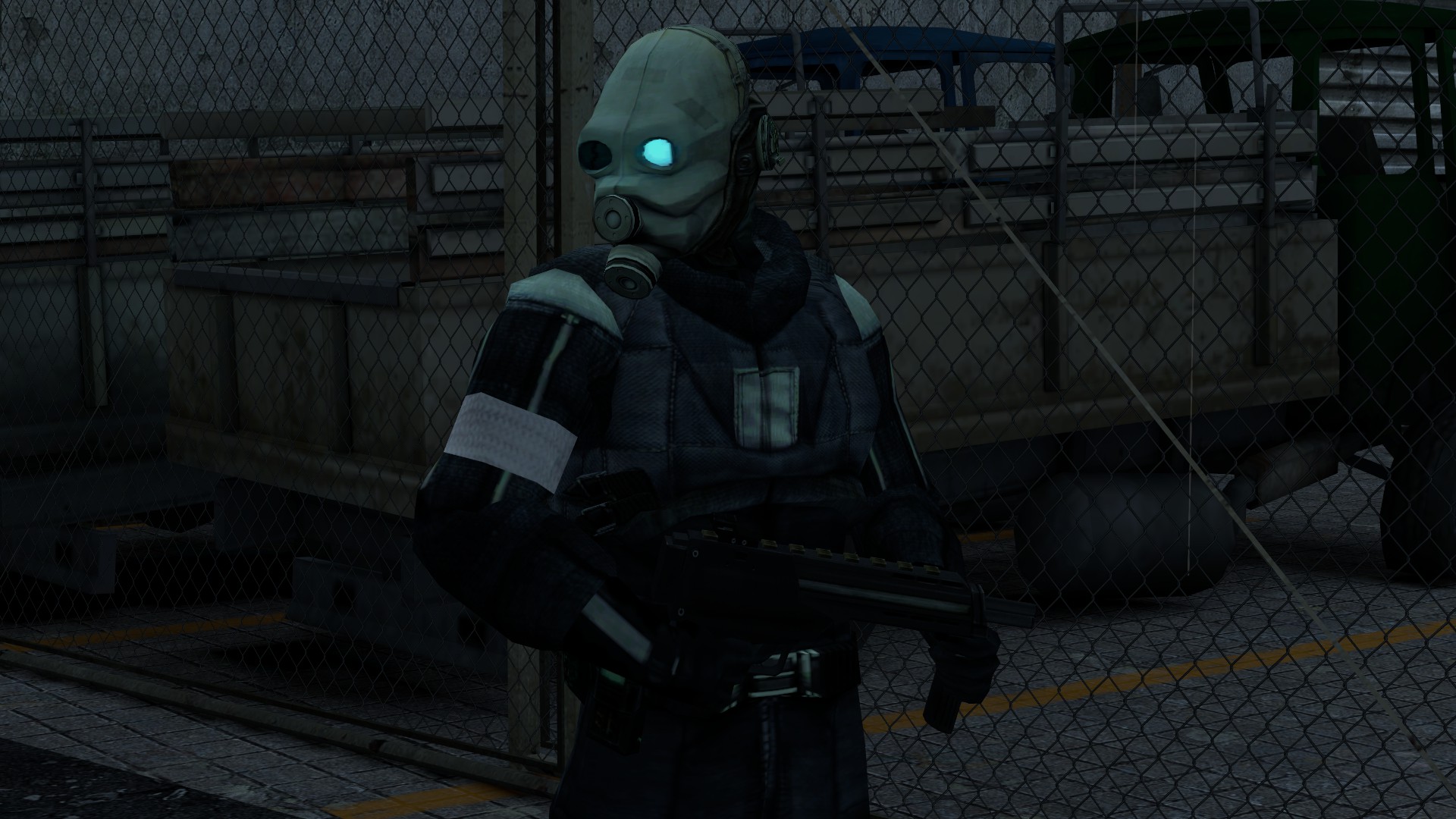 In code, npc_bec has an incredible performance with every weapon, he is able to melee enemies (and does so with much joy) and can also fight enemies at point blank.

Bec inherits code from the playercompanion base and will recover health quickly. Unlike other NPCs in Entropy : Zero, Bec does not die in one shot if his head gets hit.
The reason for that is that Bec should be a useful ally and not a burden to the player, he should be able to hold out long enough on his own, yet not take the action away from the player completely.

npc_bec is coded by oneandonly_MarkZer0 with the help of 1upD and other friendly members of the Entropy : Zero Discord Server.

Here is a preview of a combat shootout. The rebels have laid a trap on the player and Bec, but Zombies interrupt the party. Since his response system is still a WIP, Bec is very silent in the following video.

If you have any questions regarding the code of Bec, I'm sure Mark Zer0 will gladly answer them. Thanks for reading!

I swear to god if I hear it one more time I'll go Postal 2 mode on my home town.

So this guy basically is Alyx Vance, only male, Combine and not goddamn annoying.