We have finally got a working game for everyone to play. Bear Story is co-op puzzle platformer developed in Unity. For those who haven't been following our game, here's a run down of the game's premise.

Players take control of Pyro and Snuggles .Pyro is a pyromaniac who can aim and shoot fires and can light himself on fire to destroy enemies around him. Snuggles is the 'heavy' with his trusty leaf blower. It has both vacuum and blow functions which can be used interchangeably to move objects (including Pyro and other enemies) around. 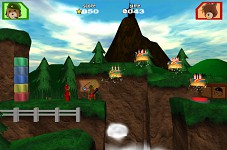 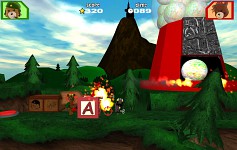 Players can also carry each other around. Just jump on your partner to enter piggyback mode. In piggyback mode, one player attacks/uses their special abilities while the other player runs and jump. You can also jump to new heights by getting the piggybacked to jump as soon as their partner reaches the peak of their jump.

Bear Story allows you play the game by yourself or with a friend. When playing by yourself,players take control of one character at a time, with the another character following behind. Players can switch between the two characters at any time. 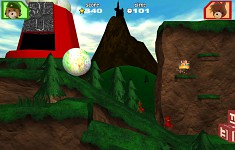 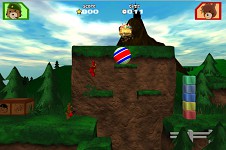 We recommend if you have a friend and a spare game pad or 2 handy that you play the game in co-op*. Each player takes control of either Pyro or Snuggles and you must work together in order to progress through the game.

So what are you waiting for, go download the game. Make us happy.

If you want to contact Bearware to find out more about us and future projects, email us at
bearware2010@gmail.com

*Multiplayer requires that players have at least one game pad. Players can use either a game pad and keyboard or 2 game pads.

This looks really fun, and I love co-op games. If only it had more than local co-op, I'd be pleased as kittens.

Having seen this project from its infancy through to release, I'm very impressed with the final result. The effort your team put into this game is obvious, and the result is fun and feels surprisingly polished. Well done to all members of BearWare.