The latest release of Battle Grounds 2. Mostly an upgrade to the Orangebox Engine and other small tweaks. New maps bg_harbourtown and bg_townguard.

Released in October 28, 2008: Battle Grounds 2 - 1.2.1b is the next release in the series, which includes a number of changes listed below. 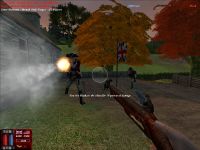 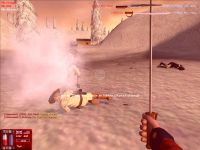 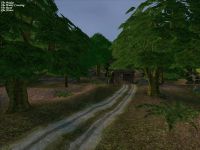 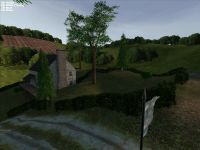 Ported to Orangebox Engine.
BG2 now uses Source SDK Base rather than HL2MP.
Weapon accuracy decreased slightly when moving, increased slightly when standing still.
Effective range increased slightly for Pennsylvania and Jaeger rifes.
Sabre damages increased, only takes two hits to kill.
Ammunition tweaked. 12 shots for officers. 24 for Snipers. 36 for Infantry.
Removed some useless entries for the flag entity in the FGD.
Added a trigger for capturing flags as an alternative to the capture radius on the flag model.
Team damage total counters added above each team category.
Servers can enable/disable viewing all damages in scoreboard and enemy names under crosshair.
With the orangebox engine a chatbox has been added, in the chatbox are filters, two filters were added that can disable voicecomm texts and class change texts.
Flag capture sounds are now client side and can be disabled.
Voicecomm sounds are client side and can be disabled.
cl_hitverif has been tweaked. 0 turns it off entirely. 1 to display all hit verifications. 2 to display melee damages only. 3 to display firearm damages only.
Animated flag models.
Overall gun smoke amounts decreased significantly, removed cl_simple_smoke.
Increased maxplayers to 64.
Entry in the BG2 options menu can now be used to disable printing names under crosshair.
Removed all HL2 NPC's and Weapons.
Added logfile entries at the end of each map displaying American and British scores.
Added TwistedX2's new flag textures.
Added in Ztormi's bg_townguard.
Flags now use skins, not multiple models. 30 Skins to choose from in hammer.
Compatibility added for older maps.
Bg_mvalley redone and named bg_road.
New gun sounds.
Bg_harbourtown added.
Bg_maricopa tweaked slightly.
- Fixed spawn point code. Players will no longer be spawned in small batches at a time, which was causing glitches in LMS mode.

Glad to see a changelog. I played this mod awhile back, so it's nice to see that progress is still being made on it. Keep it up!

Woots! i hope many new players start playing this mod because of this update!

If only more people played.

Now I can play because it doesn't require hl2dm any more woooo!..

I used to play this way back and I loved it. Just watched the Patriot 2 days ago and I was planning to DL this sometime soon again. I didn't know it was still being worked on, I'm very glad to see an update. Thank you a lot!

Guyz can you please stop saying noone is playing the mod, you all just didn't update to 1.2.1, it was released two months ago...

Really? I played it about half a year ago and servers were still crowded back then.
I can't believe a brilliant mod like this isn't constantly played by someone. It would probably help the team, if BG2 was made available on Steam - after all this is one of the oldest and most deserved H-L mods.

lol this version has been out for a few months now....... Bit late on the ModDB update!

And out of left field comes a Battlegrounds 2 release! Downloading now.

The work on this mod continues-- the next beta candidate can be loaded and played via SVN and the mod website.