Our reconnaissance forays into the Argentine moons have detected what appears be to a very tempting target. As you know, Soviet fighters have been increasingly used to intercept our troop transports and supply runs headed for Vega.

Comrades! it's the second day of screenshot week! Check back every day this week for new updates.

Our reconnaissance forays into the Argentine moons have detected what appears be to a very tempting target. As you know, Soviet fighters have been increasingly used to intercept our troop transports and supply runs headed for Vega. While we had initially believed that these spacecraft were operating from a carrier or light cruiser, we have identified what appears to be between 8 and 15 stations operating in orbit of Concordia that have been repurposed to act as crude launching platforms and replenishment facilities. 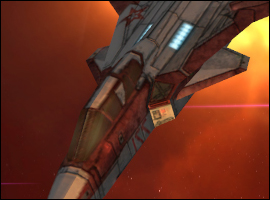 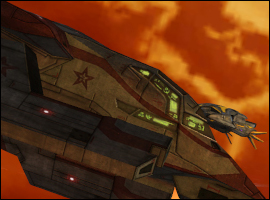 These stations are not of military origin, but were instead constructed by various corporations over the past 30 years. While we do not have the exact specifications or models of these stations, it is likely they were constructed by Interpol, Straskriek & Vreen, or some other organization as transport hubs, meant to be housing civilian or light police spacecraft. As such, the stations themselves are very lightly defended and rely on corvette screens and frigate squadrons to protect them. 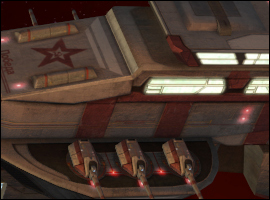 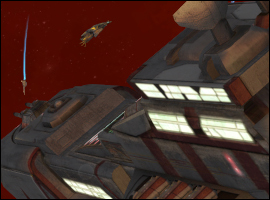 While it would certainly be advantageous to capture these stations, I sincerely doubt it will be possible to do so without crippling them and thus leaving them vulnerable to a Soviet counter-attack. I will, however, leave that decision to you. I would only like to stress the importance of these targets; the loss of capable front line troops to enemy fire before they even reach the planet is sickening. While I have the upmost faith in the Kriegsmarine and Luftwaffe, even they cannot be everywhere at once. Destroying these stations could give us some much needed breathing room, and allow us more time to scramble our own forces to protect our transports. 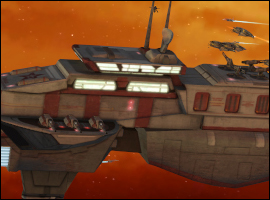 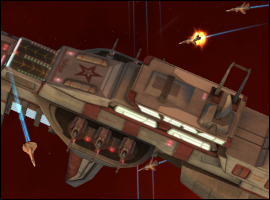 Finally, a liaison with the Italian Fleet has repeatedly requested that an Italian Staff be assigned to our command and control headquarters on Vega Station. As far as I know that station was to be used exclusively be German troops, but now that we have cleared out the last of the Weimar resistance, might it be possible to allow more personnel onboard?

As always I shall end this with my wishes of good luck to both you, your sons on Tanarsus, and to our great and noble cause.

this mod is awesome in story and everything :D , can't wait for more screenshot days

I've been pondering for quite some time now, but have you guys somehow enabled the ships to be able to have rotatable turrets?

I think that's impossible to do with Sins.