Adam takes us through the Astrobase Command Species Creation process.

Posted by JellyfishGames on May 9th, 2017

We've made steady progress over the weekend, and we've now passed the 50% funding mark.

Many new faces have joined us on the Community Discord channel, so if you haven't had a chance to do so yet, pop in and say hi.

As we've mentioned before, we're spotlighting a specific aspect of Astrobase Command's gameplay during our major campaign updates.

Today, Adam is taking us through the process of species generation.

Astrobase gives you control over your playable species in much the same way as you would find in a traditional RPG. 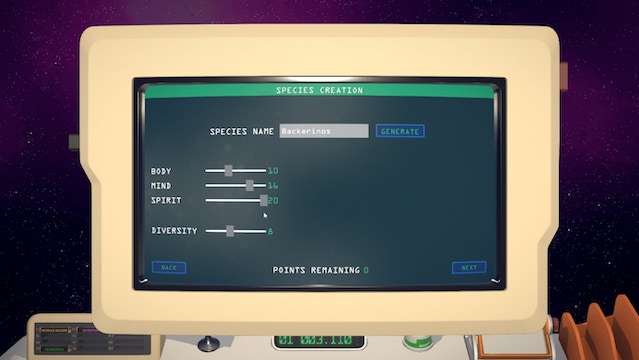 What's in a Species? Body, Mind, Spirit, and Diversity

You set your race's baseline stats in Body, Mind, Spirit (BMS), and Diversity. The BMS scores are essentially a consumable pool of points that are used for each character to carry out actions in each category during a day, and are renewed by sleeping. 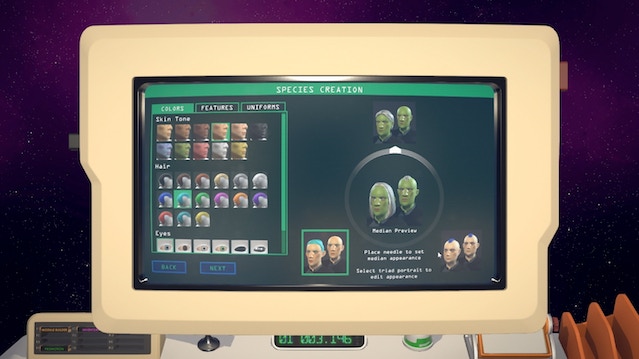 It's pretty easy being green

The Diversity score represents how much variation individual characters will have when compared to the species' average. In this manner, you can create a diverse race in terms of both appearance and capabilities, all the way to a race of clones. 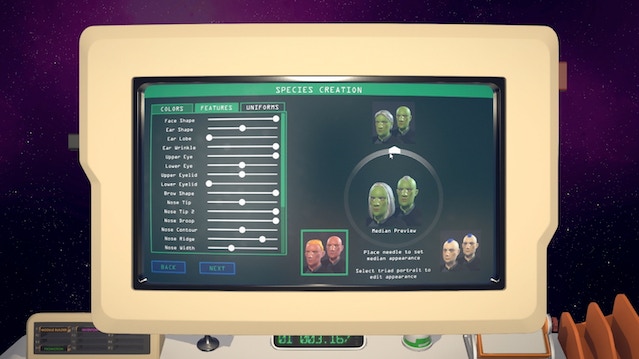 You can also adjust your species' skin, eye, and hair colour, as well as set their morphology. Appearances are based on a triad that allows you to bound the appearance extremes and set the median appearance.

Finally, Dave shared some thoughts about making Astrobase with Brian Rubin at Space Game Junkie. There are some new insights you'll enjoy digging into.

That's it for now. Stay tuned for more!