Hi everyone, since march of 2020 ASM has evolved and changed a lot, starting off as a small graphical overhaul and a slight weapons change now a complete re balancing and side change has evolved once more, By the next update ASM (now AEM) will be an Era mod named Alternate Era Mod. My community has never been very large but even so im proud of what this mod has become, now onto the next news:

About these GCW and Alliance model updates, instead of using the TFU storm troopers they empire will be using the storm trooper from Star Wars: First Assault rigged by fellow BFII modder S1thk3nny (profile linked below) here's an image of this very epic model: 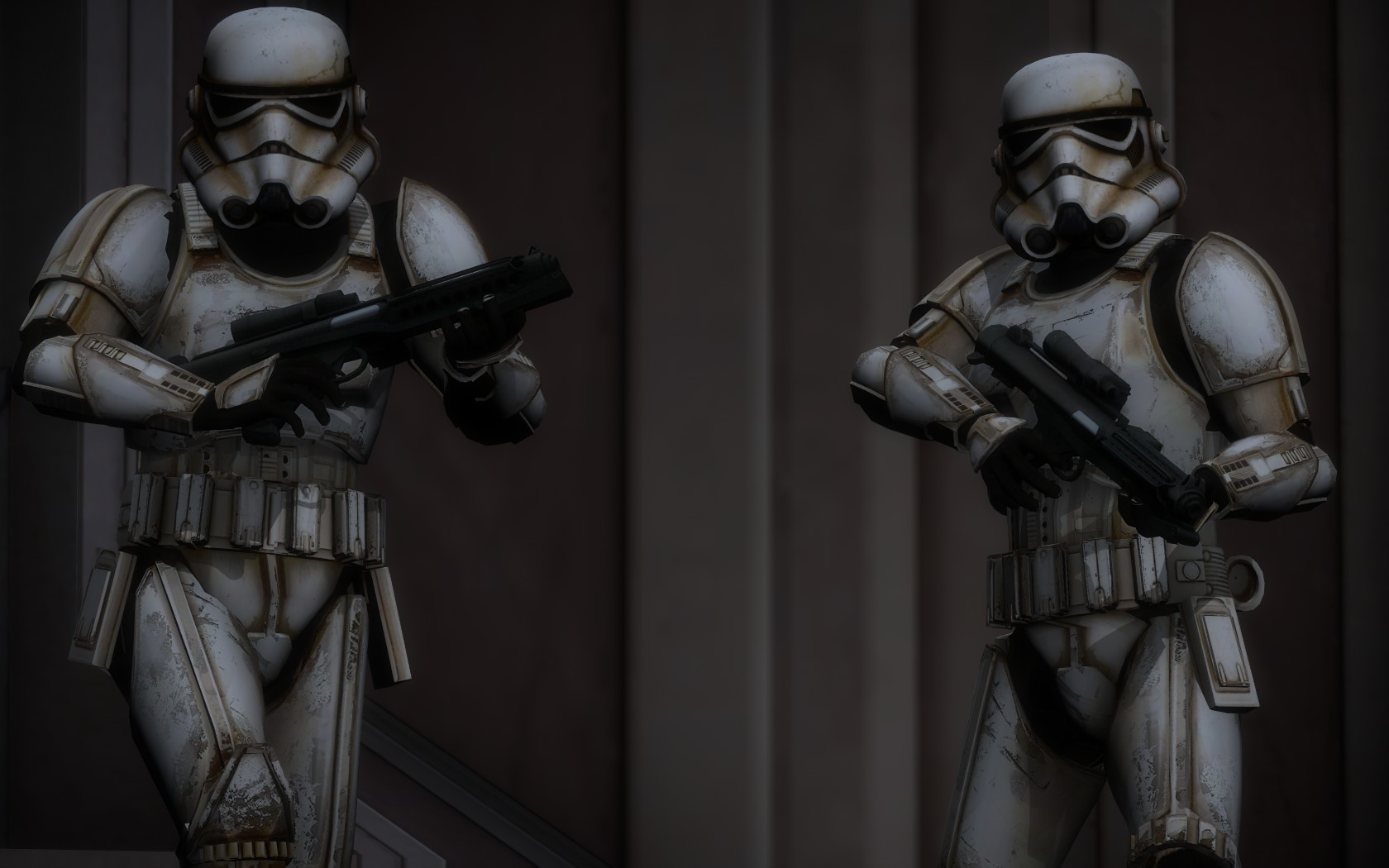 The alliance will be using a new rebel model from the same game: The SW: First Assault rebel has also been rigged by S1thk3nny and it looks amazing, here's an image: 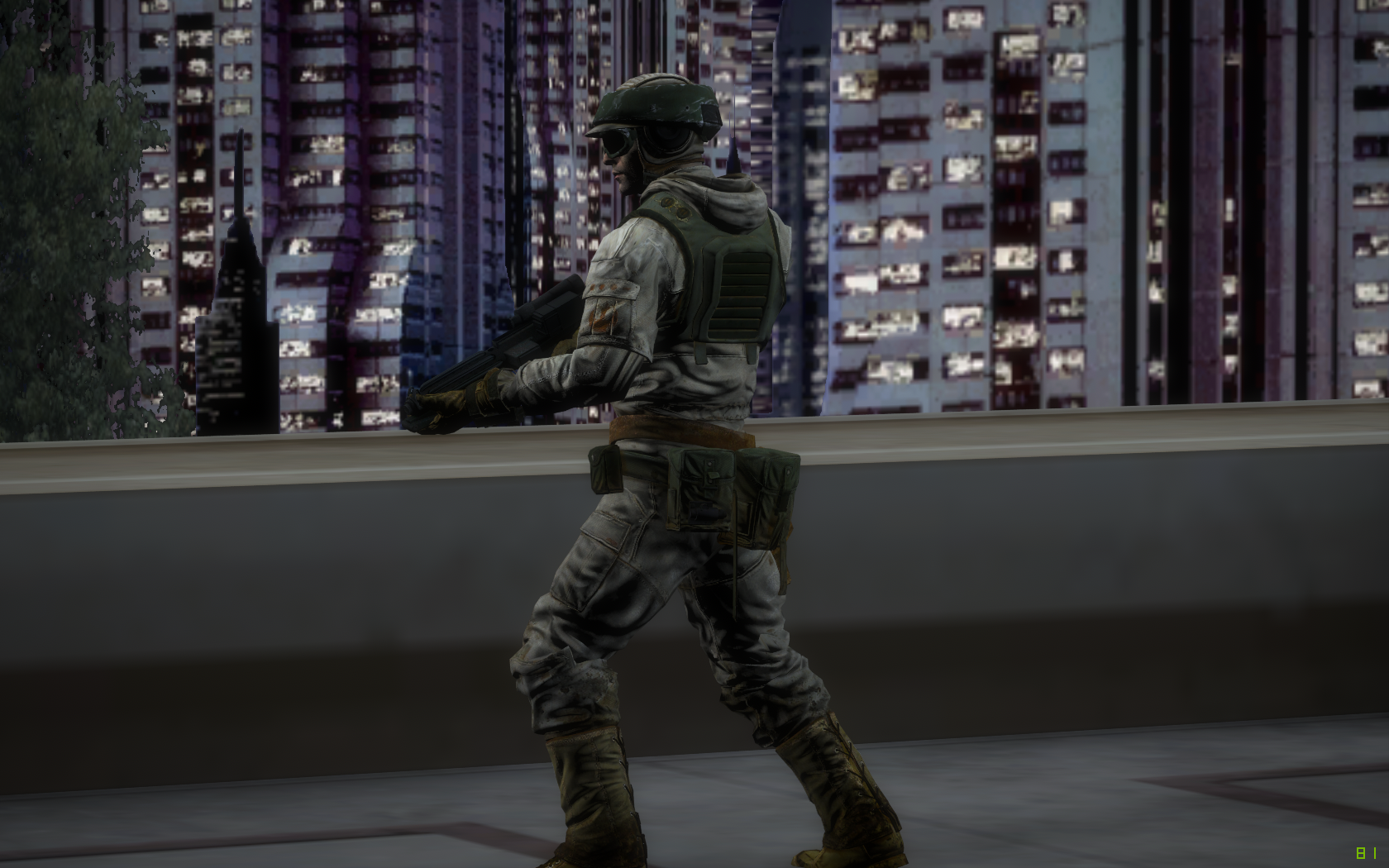 As you can see these are a huge upgrade from the TFU storm troopers, k3nny did a really amazing job on these and I cant wait to release the finished product I really cant thank k3nny enough for rigging these amazing models! Onto the next bit of news:

The republic and CIS will be using unit models from SWBFIII and some vehicles and weapons as well, while i don't have anything to show for it yet i certainly will soon!

Finally some footage of the latest version of AEM, it has some balancing fixes for the most part a couple model changes here and there as well:

As you can see currently I have not yet implemented the new models, but when I do I will post an update!

That's all i have for now see you guys in the next update!

Man, those models are awesome!
Also, a small tip: When replacing the stock weapon models, I always recommend replacing the 3rd and 1st person weapon meshes with the ones you want to use instead - it reduces the file size and saves you the trouble of fixing the position of the weapon icon on the HUD. :)

BTW, Is there any chance for an alternate version that would work like an online-compatible replacement for the stock sides? I always love those mods that improve the stock models and I never have enough of those. ;)

I've been considering doing that actually

I see. I guess I'll keep my fingers crossed without getting my hopes too high ;)

Were these models ever released? They look interesting to use for Tatooine-like maps. If the images you showed above will be included in your new release that would be unique because I haven't seen anyone use these assets yet for Battlefront 2 2005. Good luck on the update.

The models themselves can be found if you look hard enough, but they will not work in BFII without rigging them and converting them to MSH

I have the Rebel model but not the Storm Trooper model. I was planning on using them on a different game.

Edit:
Where ever the assets are, it's most likely on a website that is in a foreign language (to me at-least) or isn't one that is flagged to appeal on search results. Most of the results were toys, First Order or media talking about the game's cancellation. If you have time, I'd appreciate if you can send me the Storm Trooper models. They don't have to be rigged.

There are many options, you could rip from the game yourself using documentation (theres a bunch on Xentax) or you could scour the internet for it. I dont want to share it in case it isnt public anymore.

If you're speaking about the Demo I tried to download it multiple times and it wouldn't let me (even in the past).

I got around in trying to extract the model/texture I was getting an error but I believe I was able to fix it. However, I'm having trouble extracting the textures. If you have any information on how to extract the textures I'd appreciate it.

Ooh, this is going to be interesting. Will the heroes also be changed?

Really depends, i want to add a couple heroes to the republic with blasters I dont think they have very many if any at all. Most of the heroes will be getting model updates as well, but probably not in the next version, heroes will be a side note.