Our concept artist - Max, Has been hard at work drawing up some character concepts for Gilbert, please give any opinions, critiques or comments that you want in the comments section :)

Another update from the 'Gilbert!' team, this update is souly based around some character concepts we will be making into game models over the next week or two, i hope you like them as much as we do!

First of all, Max has captured the essence of Gilbert in an image we intend to use for the menu screen background: 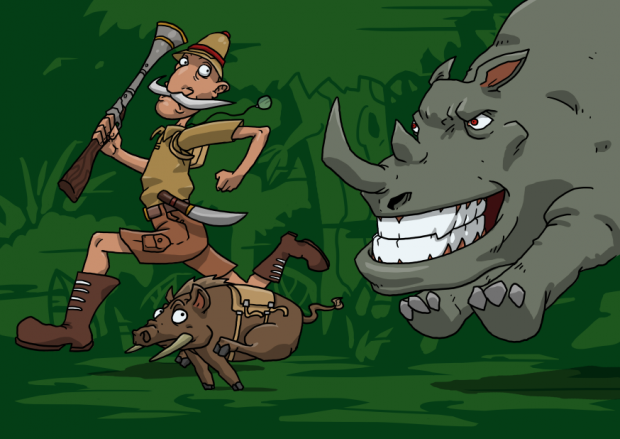 The Lion Boss
If only the Lion King film had this guy in it! 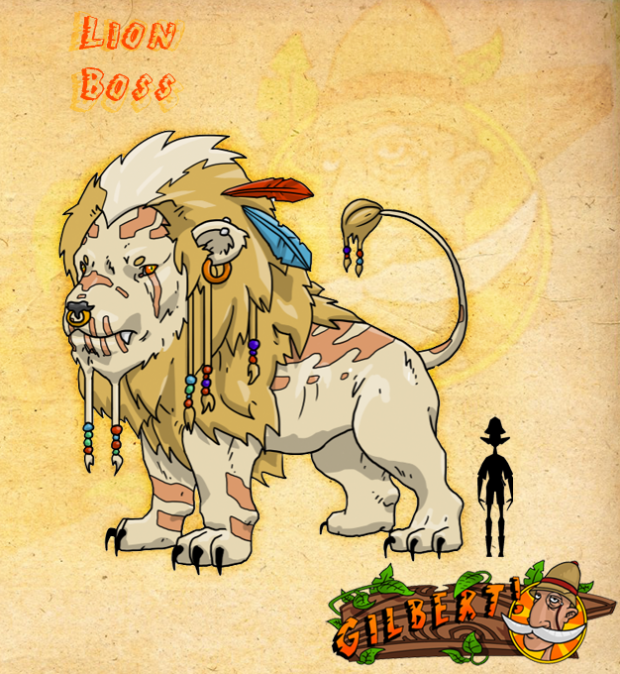 The Gorilla Boss
Our very own King Kong! 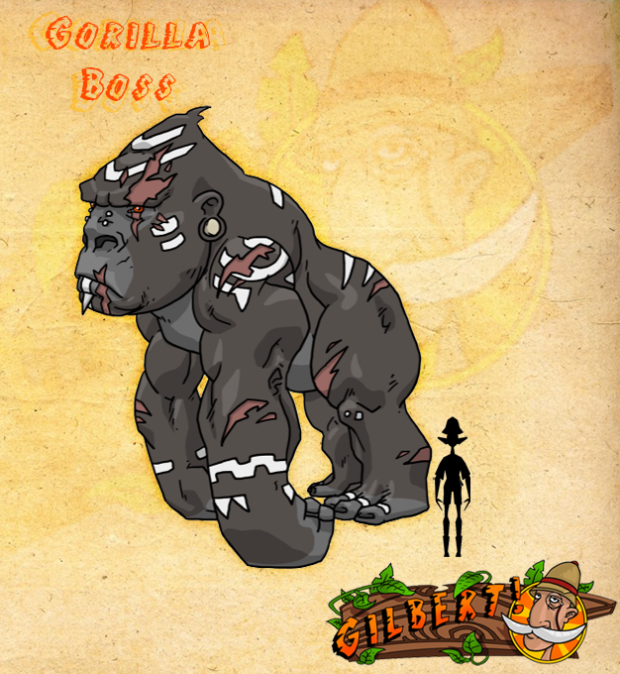 The Lizard Boss
Godzilla? Who knows! 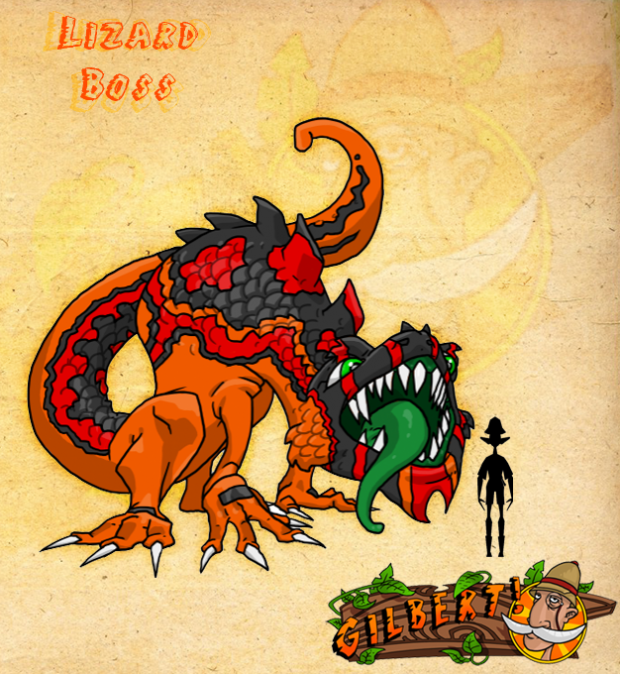 And last, but by no means least:
The Tiki Boss
A god to the Tribesmen (who we also have a concept being drawn up for) 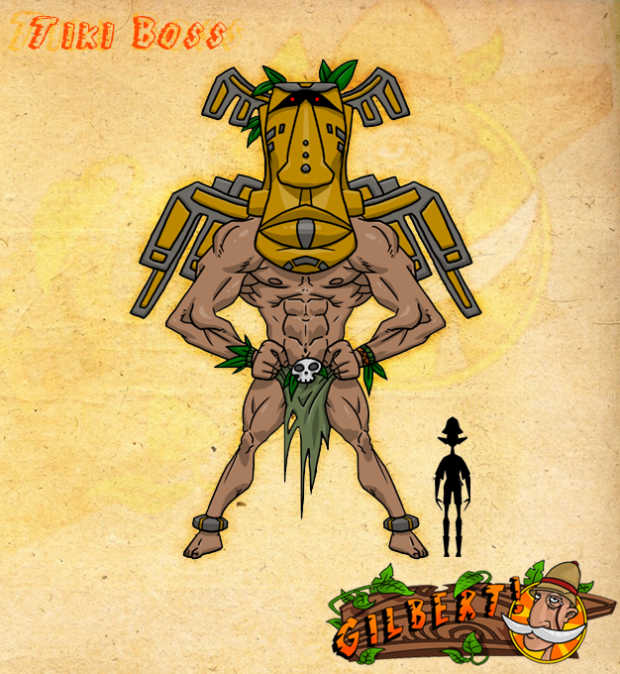 Thats all for now folks, I hope you enjoyed this update, please track if your not already, models of these bosses coming soon! Like I said before, these pictures were done by Max Grecke, who's DA and blog pages can be found here:

Until next time
Giles

Clever idea for a game and nice concept art!