At last after struggling through a few packaging difficulties, the Beta version is finally released and ready to go!

NOTE - Due to unexpected difficulties that caught us by surprise in the cooking and packing process, we will release a critical update very soon!

At last after struggling through a few packaging difficulties, the Beta version is finally released and ready to go! Right on this very day of the... 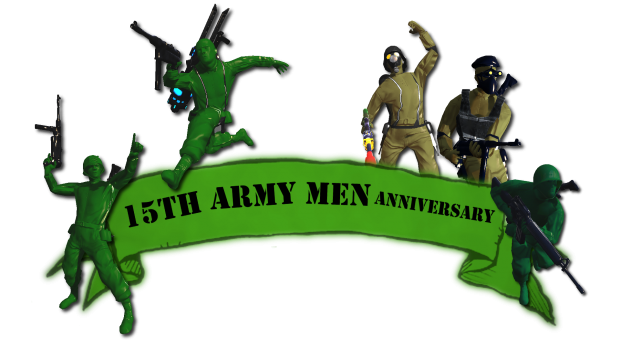 You may need to download this plugin in order to download the game properly here.
You can also try using the MeGa Downloader by clicking here.

UDK Specific - Bugs/Issues we CAN NOT fix on our own (Epic Games will have to do that instead).

If you find any additional bugs and/or other issues, post them in the forums via the Bugs and Support section.

Well that was easy, just figured out the key gonna make sure this one downloads all the way before I post it

Disregard this keys off

Yep, and Mega downloads games first to the default C drive and i cant change, but i only have 1gb left on the C drive and the download is 2.5 gb.... while i have more than 200g left on the D drive.

Can you upload the file on ModDB?

That is what I have been trying to do, however it did not seem to work the last time. Complained about the file being too large (not sure if it accepts 2.35GB)

Oh from the looks of it i dont think it does, i guess since you already set the setup up you cant split into two parts? Either way even if it was working just fine i think it is much easier for people to just download off ModDB, even if in two separate parts.

Perhaps either Gamefront or 4shared also accept more than 2.5g?

I will try those two instead. But how exactly do I split the game into two parts?

Well truth be told i have no idea, i guess one part is the main one and the other is considered as a "patch", that you install after the first one, for example like the Forgotten Hope 2 latest version, both of them are 1.5gb and uploaded in here, one is "1of2" and the other "2of2", if you know what i mean.

To be very honest with you guys, I am rather new to MeGa when it comes to executable files.I figured it would work similar to its predecessor, Megaupload, however I seemed to have thought wrong...

Its no biggie to me

I reached the mission where you're supposed to reach the capital and at the beginning the jeep and tank in front of you turn tan or white before trying to kill you and on occasion the jeep will turn green but you can't drive it because there is a NPC inside it.

Also the cinematics and cutscenes could use some work.

I really kind of lost you a bit, on the "jeep turning green but cant drive" part...

Could you try to explain in more detail of the issue and perhaps a video via the Bugs & Support section of the forums? You may have to register an account before posting.

On a side note, at least I now know some users have actually managed to completely download beta version 1.0 (Updates will of course arrive in the near future).

mine actually got past the 26% with this

and it actually finished yea this works

*Phew*
Thank God for that... Updating the article.

Can you make a torrent?

Is it possible to play with a Mac?

The Mac version will be release with the upcoming critical update release.

For those of you who are having problems downloading from MEGA, use this program made just for MEGA itself.
Megadownloaderapp.blogspot.com.es

Only question is, how did you obtain the right to use the Army Men brand?

In case some people might not still know, the main site (armymen3.com) has the new critical update.

Actually, we postponed the release due to issues with the file packaging (game crashes spontaneously). we just re-uploaded the game today and preparing a new article as well as updating the website.

Is the file at DepositFiles different from the new re-uploaded one?