It's update time again! This go-round we've got details on the transition from story to fisticuffs - or from the scenes, world, and characters of Arcadian Atlas and how they inform the battle system.

Update 7: From Scenes to Fisticuffs

It's update time again! This go-round we've got details on the transition from story to fisticuffs - or from the scenes, world, and characters of Arcadian Atlas and how they inform the battle system.

This is an update about transitions, so let's have a look at what we've been working on the past months and how it leads forward (how's that for a transition? Eh? EH?):

So much of the drama of battle is about the buildup of character. So approaching scenes in Arcadian Atlas, it was essential to have expressive characters. Whether it be the slightest blink, a pensive look, or utter shock - the drama of battle is rooted in the drama of life. We wanted to capture that. So we've been working on implementing several moods and expressions, along with custom animations across the board to bring these characters to life.

But expressions alone aren't enough. You've got to hone the colors, feel, darkness and closeness to a scene. So we've been expanding Otter Cut Pro with a slew of new vignettes, background customizations, flourishes, and camera pans/zooms levels. While we don't want to spoil anything, have a look at how this affects some early scenes like the one below: 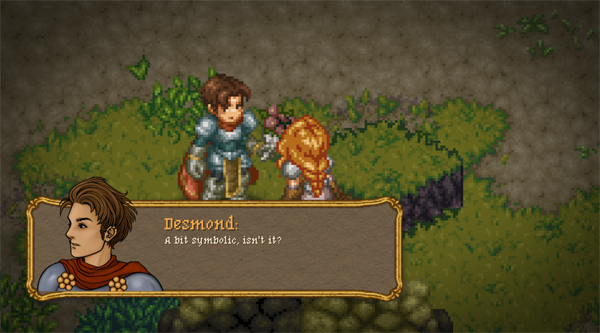 And we're most excited about the sound design. We've sent off some completed scenes to Moritz for sound effects and audio design work. So look forward to delicious nuggets of sound in future updates! 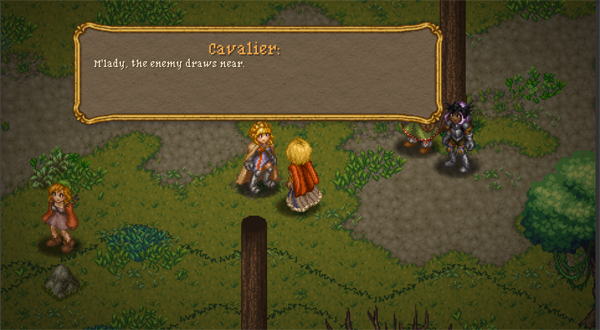 Each map is designed with different offensive and defensive advantages. Rangers have skills that may give them bonuses for attacking from higher elevations, so placing them on hill tops, rooftops, or shipping crates can give you an edge. This troop placement, troop makeup, and enemy formations are all handled by our Scenario Editor. 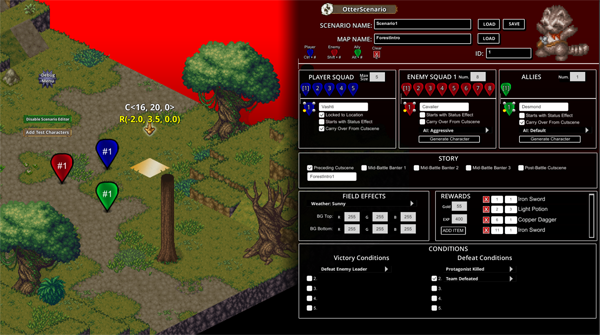 Our next update will be all about the Scenario Editor, winning conditions, and the backbone that makes up our battle system, but thanks to the work already done on the Cutscene Editor, many features are already functional, such as projectiles with both 2D and 3D particle effects, which you can see below. It's gruesome though, so BE WARNED.

DESTRUCTION RAINS FROM THE HEAVENS

Gorgeous Art, And Until Next Time

Let's not forget why we're all here. Some juicy art sneak peeks! We wanted to close out with some of the latest works in progress Becca has been doing on portraits in the art nouveau style (with a little pop art flair I tossed in to make your eyes bleed), so feast your eyes below! 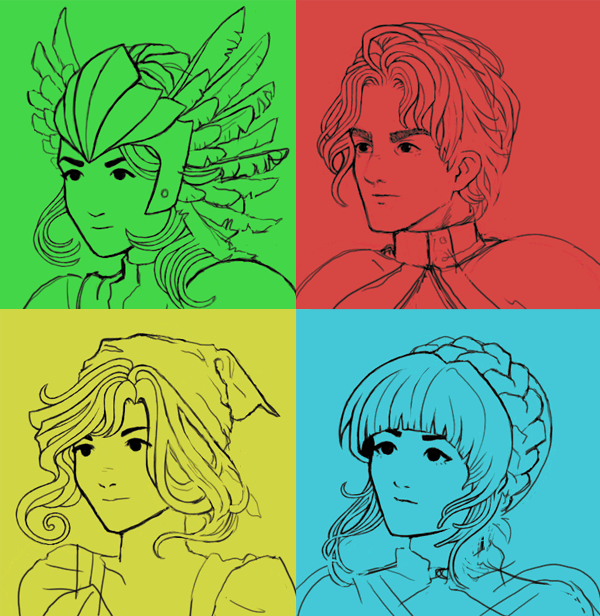 And of course, if you're hungering for more, find us both on Twitter where we post progress and art ahead of these milestone Kickstarter Updates. Because we all need little morsels sometimes, right? No shame in that!

But to leave you with one final something. Wulff has some trouble making friends: 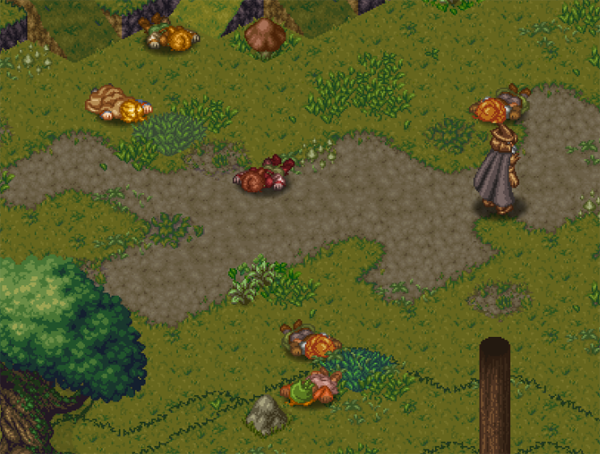