Arcade parts... hummm, cabinet! What, you did not knew that we had a arcade version?

So, I forgot to tell you fans, but I am building (or rather, I will build), a arcade version of the game too.

Today the parts related to controls arrived, trackball, buttons, leds, the electronic interface (the thing that make the game understand what button I pressed), wires... 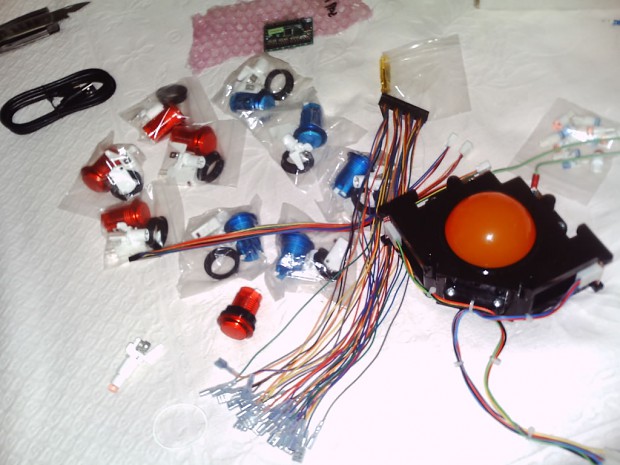 Later I will upload more pictures.

Also a quick note: We don't got into the IOTY TOP 100, this means that we don't have enough fans to support a open beta, so the beta will be closed, but anyone can join, I will post the rules later.

Can I be a beta tester? I really like this game:)

I will give info on that soon ;)