April 2010 update by Combine Destiny 2 Team including a status update and four screenshots.

It has been almost 2 years since our last major update, time flies fast, eh? Anyway, here we are once again with some additional media and information. Quite a few things have changed since the last update, a few members have left and others have joined. We still don't have a release date though.

So, what's the current status of the mod?

The architecture is almost complete on all maps and details and props are currently being added. The scripts and gameplay is also underway. Most of the dialog has been recorded and some of it has already been added to the mod. The HUD is fairly close to completion, it's just missing a few icons.

Oh, and you won't have to wait almost 2 years for the next update.

And now onto the screenies: 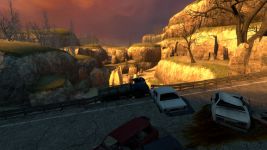 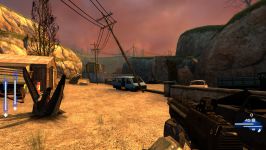 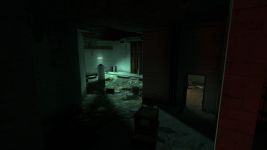 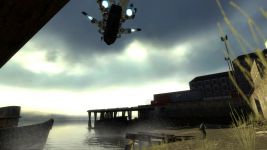 Looks great! I want to play!

Looking forward to play this when it come out. :)

Lookin goood :D
You guys decided on an estimated date of release?

thanks for the info about the current progress status, more valuable than screenshots imo :)

Oh my god. I did NOT see that coming.

me neither...
last time i looked at the mod page was about 1 year ago and i thought it was dead (the 1-year update cycle was interrupted :D)

Thank god that you didn't left me waiting for 3 years... or I would go on berseker mode and than destroy everything on the world. Yes, I would do this on Garry's Mod.

Awesome, i remember playing the first when i was actually quite young. Cant wait, keep working.

I always believed we would get an update sooner or later.

the last one sucked