After a six week absence, we bring you an update to quench your thirst for knowledge.

/start file/
Saturday, I like Saturdays, they give you time to reflect upon the week... or in this case 6 weeks, it's been a while everyone, and although we aren't showing everything today we still have plenty to show. 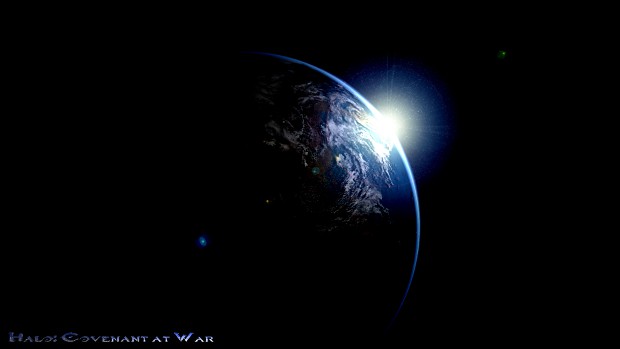 then you've already seen our first guest, a mighty addition to the Covenant's already overwhelming armada, the Covenant Assault Carrier. 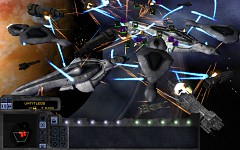 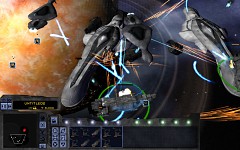 Any UNSC ship that decides to tackle one of these on it's own is doomed the second it's seen, attack en masse if you want to damage this. Oh and if you where wondering, I lost that battle, badly.

Birthplace of the gods

Reach. What would it be without it's mighty shipyards? 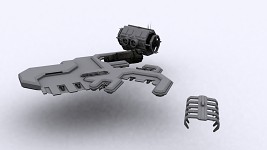 I plan on extending the main shipyard extensively, but I thought I'd give you guys a sneek peak at them.

That's me over and done with for this week, Anh's up next, he's got some pretty cool stuff for you too. See you next week.
/end file/

/start file/
Hey guys,
It’s me again. Recent months have been awful… Blam forgot me in the last update, the upcoming break has been even more awful (silence… this week’s update part could have been made longer than my last three updates altogether), and massive exams incoming (most already passed with Cs, Ds and Es), only one oral exam left, which may be a catastrophe as I only train written English, never spoken. Also I got spammed with birthday messages, but only because I couldn’t keep my mouth (wanted to delay the school lesson… and no, I won’t tell you anything else). But there’s also good stuff. Germany now plays against England on the 26th/27th, the clash of the titans, at least it was at the World Cup 2006 (The British lost, causing many, many detentions on both sides…). Also, take a look at E3. Halo: Reach has space combat, Multiplayer will get even more awesome and of course firefight 2.0… You can create your own skulls!?

Gameplay-wise much has been done in this mod. While Blam was away, I messed with the code, tried out many changes and abandoned even more features. The Covenant CCS was a Death Star, its pulse lasers were stronger than its plasma torpedoes (btw: how can English people actually read text without capital letters?), Anti-fighter systems never hit, even at close range, unbalanced factions (play against a medium UNSC AI...), useless/missing special abilities… Just to name a few reasons why I messed it all up. The result was a bunch of changes, and in the end I couldn’t even remember what has changed anymore so they can be merged. But accidentally we just began to make use of a special system which makes it easier for us to merge our build and keep them up-to-date (we were already using a similar one before actually, but it couldn’t really merge). 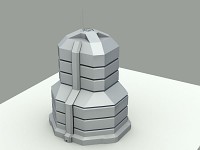 I want to use it for some random building… Maybe ONI?

Yup. You want moar, you get moar. No comment or warranty. Provided as it is. Subject to change 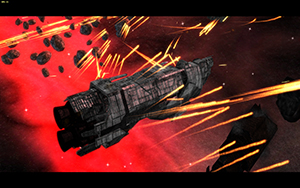 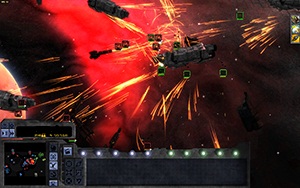 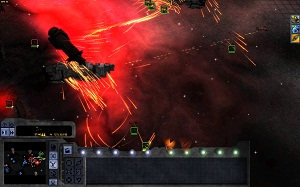 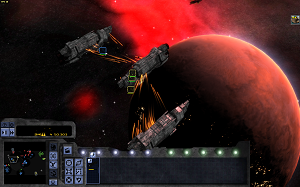 Just a Marathon now fitting into the graphical style of this mod. Sorry for the inconstancy of the images, guys. Had to size some of them down due to server limits (not using our own ones at the moment as we got special plans). You see? Awesomeness assured – Mission accomplished. See ya in one or two weeks again, guys (and girls).

cool i look forward to the next update

that's allot of missiles coming from one Marathon, and why is ONI omnipresent in this update?

ONI's awesome. Without ONI the war would already have been lost years ago. Without ONI you woldn't have such awesome Halo games and would have to play as a simple Marine/Army soldier who dies right around the corner. So ONI must be honored xD

Why do you guys always censor or blur out the Planet Names?

I am in nerd heaven with these updates. It is so beautiful, I think Im gonna cry.

Well... ever since I have gone overseas, Iv'e been thinkin about you guys and how the mod was goin... But I have some Good News for Ya bout ma gamin... Even though you don't care!

I have brought my game across seas with me just to play it!!! Do nothin but use that Halcyon!!

But now for the bad news... I have been thinkin it to be a bit overpowering, and i need something for it to Punch, or kill!

So In that case ( and because I just saw the beauty up there!!) I am now BEGGING for you guys to Work on the Mod... Or at least give us something to overpower us... in some words... Some covie ships to completely destroy us?

Crack... there I go again... Sorry just been thinkin how badly i would get pwned if there was some covie ships gainst me!! gotta think before I talk eh?

KEEP IT UP. The texturing on that cruiser is promising... and i remember back in the old days how they were all sayin you were gonna fail... LIES!!! LOOK AT YA NOW!!!

We're working on things, and have many things, but had to cut many, many things out due to the length of the update (have a problem with it, you know). Next week (or after next week) will be also long XD

Another great update. Keep it coming.

Blamtroid, Crazy Idea all of a sudden!!

What if you posted a video featuring a battle between the Covenant ships and UNSC ships that you have developed so far? Would it satisy everyone here? Or how about UNSC Vs. UNSC, or Covie vs. Covie?

I get the chills thinkin bout it. Epic chills...