Apex Studios drops in to bring you two reworks and a whole new unit.

/start file/
Greetings community members, I know you're all hungry for new content so I'll get straight to it, we have four units to share with you today.

First of today's reveals is new to CaW, the Covenant SDV Corvette: 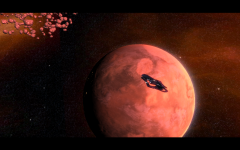 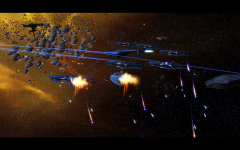 This Corvette will save you from those hordes of UNSC fighters by supplying heavy anti-fighter fire, it is also more than capable of tackling ships of it's own size, the Corvette's heavy plasma cannons are not to be messed with.

Something a little bigger

Next up is a rework of the Covenant Assault Carrier, this ship has long been part of the mod, but not quite in it's current form: 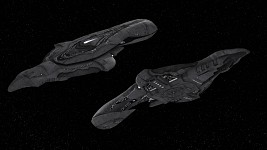 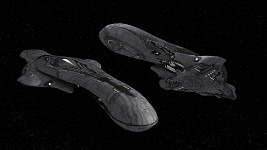 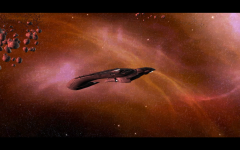 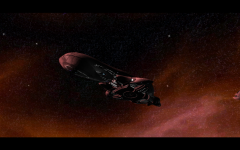 These enormous ships will shred entire UNSC fleets in minutes, they are definitely something to run away from if you don't have a large fleet to back you up. 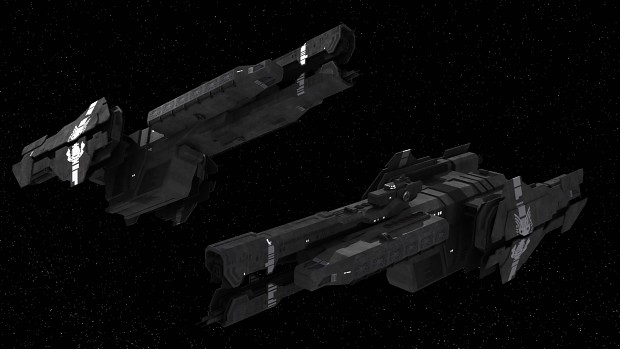 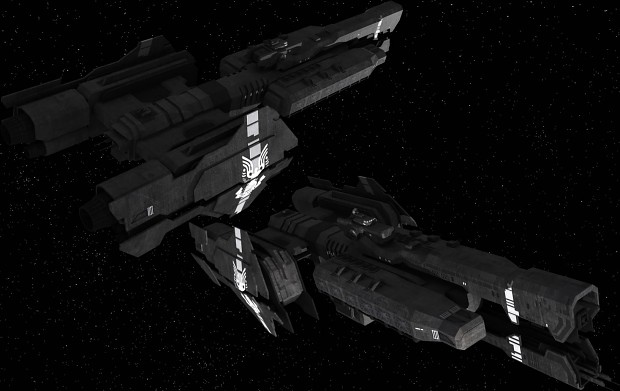 In the first release we only had one UNSC Frigate (well there was sort of a Heavy Frigate as well, but it wasn't much use), now the ship has been split into two classes. The Charon is much more lightly armed and armoured than the Paris, but it is also considerably cheaper and is able to add two fighter squadrons to the battle, something the Paris is unable to do.

I want to thank you all for your feedback over the last few months, we are working hard to both address any issues you've had and to add many new gameplay mechanics, the next patch shouldn't be too far off now.

Farewell for now, I leave you, as always, with some sillyness:

Awesome! Good to see the SDV in game. And that new CAS looks great! New frigates look good, will the Charon be replacing the current frigate and the Paris replacing the heavy frigate? or are they going to be just added?
Can't wait to see the new models (and their bone layout, especially the CAS)

Also, I really need a new computer, I can't run the game well without the graphics at their minimum level. Especially with the new more awesome visuals in the mod. sigh.....

The Charon will be replacing the Light frigate and the Paris will replace the heavy. Actually when the next patch is released it should run better, the new CAS is a couple thousand poly's less and the new frigates are about half as many poly's as the old version.

Fewer polygons and yet.... they look better than the current ones.... Impressive

Can we get any ETA at all on the next release?

We have no real estimates for the next patches (yes multiple), since that's all dependable on how well the coding goes. We're trying to get the newest ships to you by the end of this month/beginning of may. The other patch doesn't have a release date yet, but it'll be before December. As we're trying to get the ground skirmish part done (the next version) by December 2013 (around the same time of the initial release). However these are guidelines and by NO means 'official' release dates.

Will there be future patches, that include scripts for sound?
Not the once recycled from the SW game? and added sounds for the Covenant? If so, i might volunteer as a voice actor if you need one :D

There will be at some point, we've managed to change some of the basic sounds (archer missiles, pulse lasers, the engines) and if you'd like to voice act than please do volunteer. If you choose to do so, please contact Sancho (I_am_Sancho) of the SotP mod and tell him I redirected you to him. He coordinates everything regarding the voice acting :)

Can't wait to blow that SDV Corvette right the hell out of space. RIP Savannah, RIP.

Your gonna need some firepower to bring it down. Couple of frigates or a halycon should do the trick.