Incoming Transmission, FLEETCOM.MO.BL.AM >> CAWCOM
.:BEGIN:.
Hiya... what was that? a whole month without an update? Don't be ridiculous.
Moving swiftly onwards I have a treat for you today, 2 reworked units, one of which is already ingame and the other will soon follow suit. But before all that I would like to point out that our forums are open for any questions you may have, and although they may seem desolate there's almost always a staff member hanging around ready to answer any questions about the mod: Z8.invisionfree.com
Now without further ado I present to you the reworked UNSC Destroyer, seen next to the UNSC Frigate for size comparison: 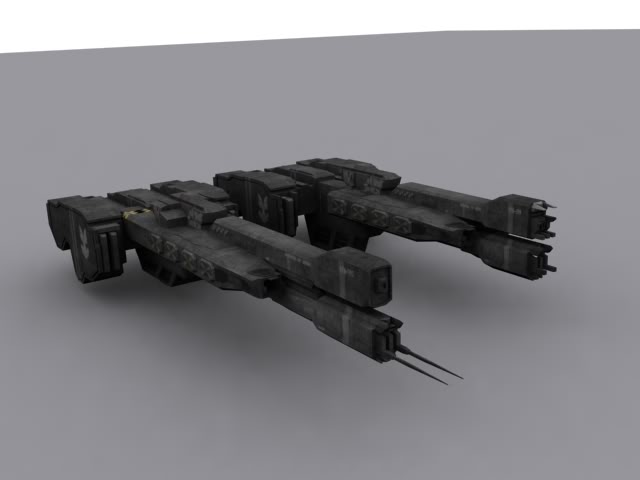 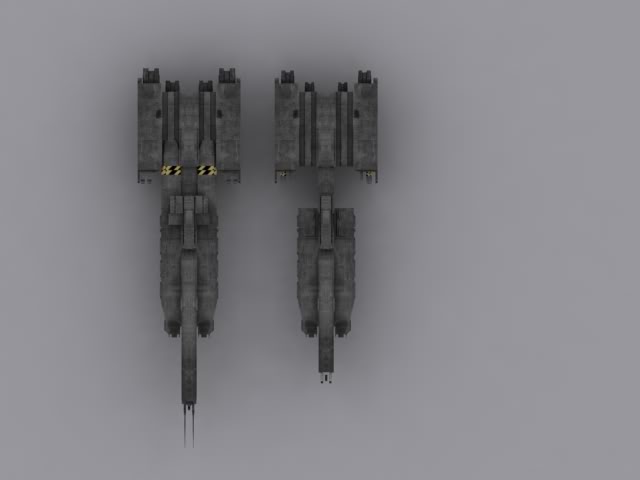 And there's more, it's already ingame and fighting: 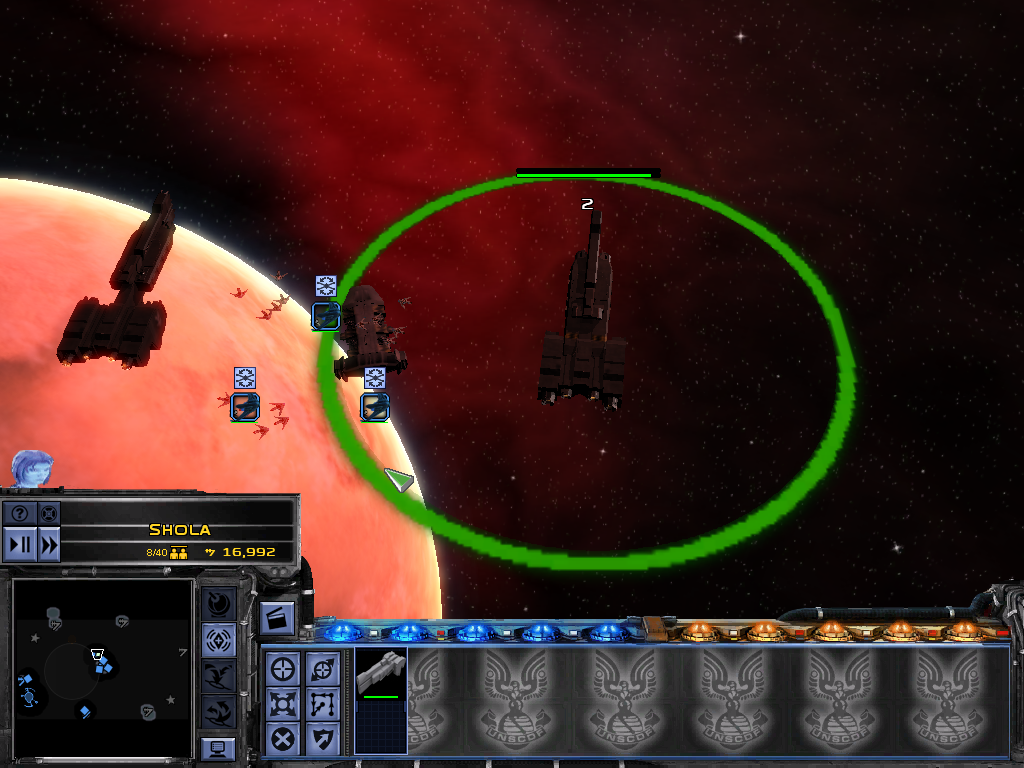 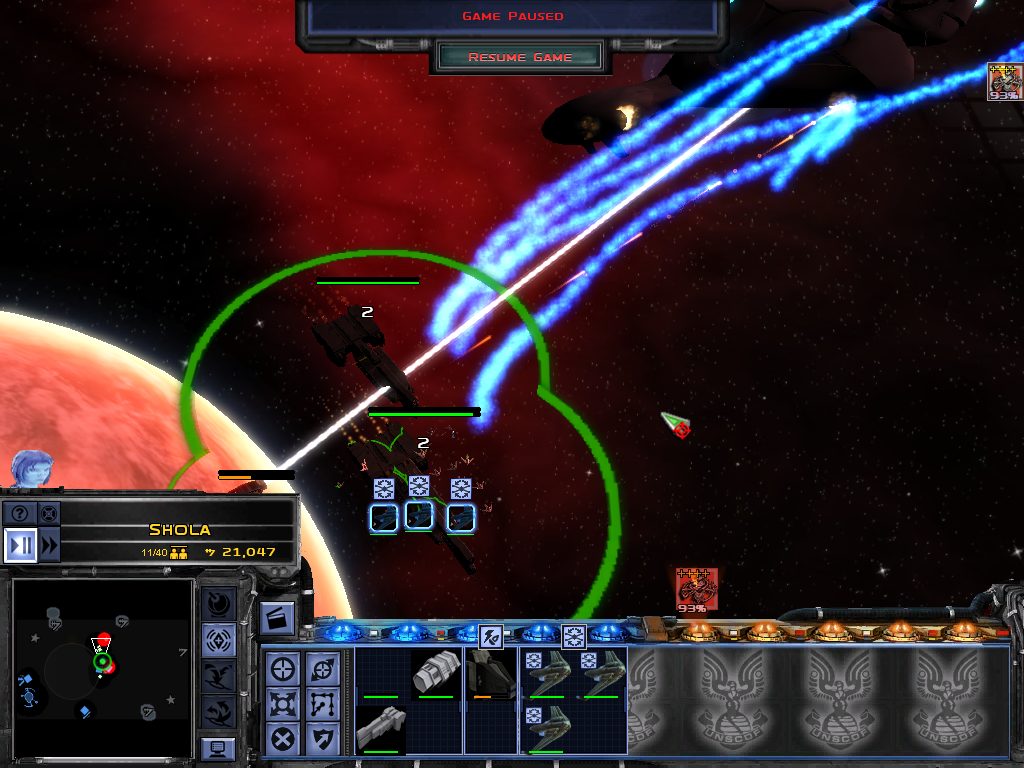 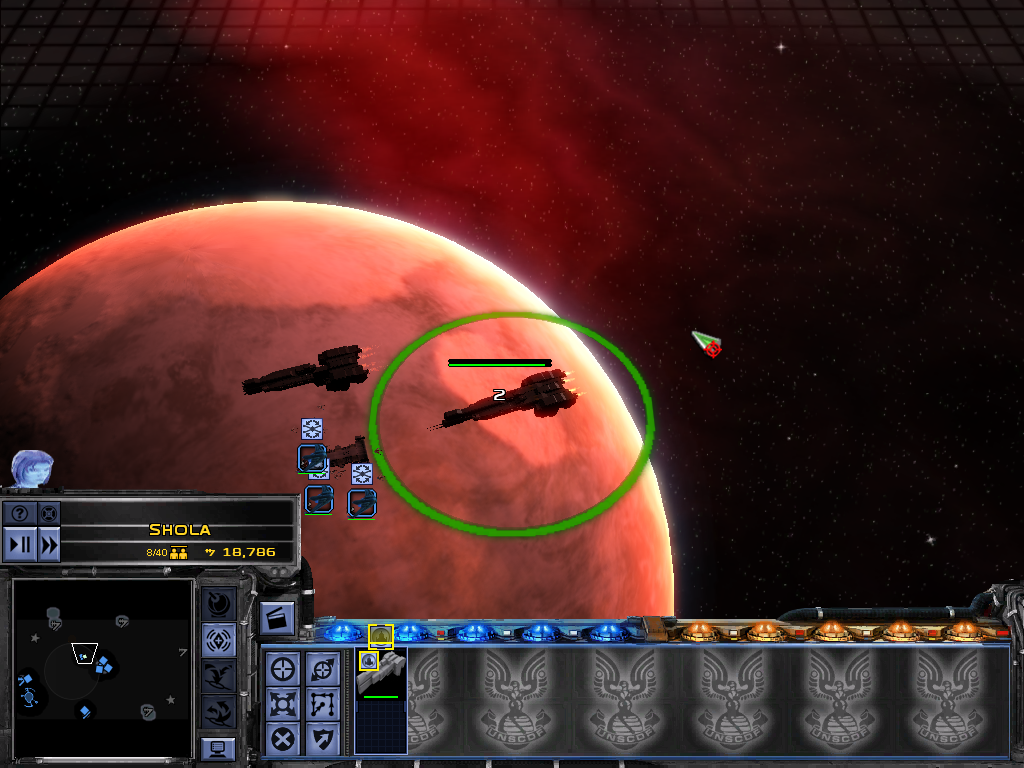 (Oh, just as a side note that UI is temporary.)

And now I suppose you could be wondering, how could there possibly be more? Well pull your jaw back up, because there's plenty more where that came from, next up on the reveal list is a rework of the old UNSC Heavy Destroyer concept, seen below next to the Destroyer and Frigate for sze comparison: 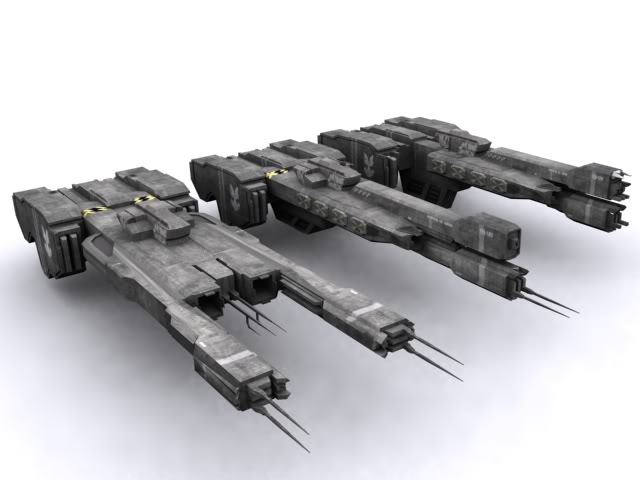 Incoming Transmission, FLEETCOM.MO.ANH.NHAN >> CAWCOM
.:BEGIN:.
Hi everybody, this week was less productive for me, sorry guys. And now you're asking how i could do such a long update last week/update, right? Well, I had four or five weeks for it. Not sure how many exactly.

And again sorry, I cannot show off a new version of the forerunner warship, you won't really see any bigger differences. I'm not sure what I can add to it, so maybe I will start texturing next week.

You guys probably all know the Archer Missiles, right? If no, then play the Halcyon, found here: Moddb.com
I made a new Projectile particle and (again) modified the shaders again. Yes, they were awesome and super realistic, but way too realistic for some things. In space there isn't any global radiosity, you know. In other words: it's negligible. There aren't really objects that could reflect/diffuse the light, so space ships won't get any lights from a direction other than the sun (a planet is a exception, but you have to be really close to it to get diffused light from it). So half of the ships would be black, and exactly that was the problem with the Mako screenshots. So I (again) made new ones, but this time from scratch (again). They are faster (up to 50%, depending on you system. Only counts for those who can turn up to max shader detail, others won't really see any difference), and don't have the black anymore. And they are free of crap (i.e. I once had some operations never got in the output, and the GPU had to calculate it for each pixel on nearly each texture, and we use 2048x2048 textures... would be 4194304 times per texture xD, and texture means ship, so 20 ships would make 83886080 times being calculated), which makes them faster again (gained speed included in the number above). But to the Missiles now. The changes are quite easy, but the smoke is incredibly detailed (if you can get close enough... they are damn small).
Here some screens. No photobucket used because of exceeded bandwidth... in the first week of the month... And still some star wars, even though I now have the current ships. But don't worry, only abused them to make screens and fire missiles:

Be aware that the free hoster of Team Burning Reality (me and another guy, has nothing to do except that guy ggving me tips over time how to do this and that, he got has more time to play around) also has limited bandwidth. 10GB, to be exact. Like photobucket, so download the pics or watch them on moddb please. I need the bandwidth to debug some special things. IIS + Windows Vista (satisfied with it... no XP for me) doesn't always behave like Apache + Linux (resource-intensive + uncomfortable and no Photoshop...), you know. For example there could be some plugins loaded on my local server which aren't loaded on the remote server, or the directory slash. Windows uses \, while Linux uses /, you know (go bragging around in the world wide web if you din't know that yet). Also some of the settings have to be different for Windows/IIS for PHP to work. So please DO NOT grab my valueable bandwidth. I really, really need it.

Umm, is there something left out? Oh, yes, right. I downloaded the Vue 8 Pioneer now (it's something like the trial of Vue 8 Infinite, nearly full, it's just not so fast, doesn't have all of the settings etc... and you can't import anything!!!) and playing around with it. Strata filters are awesome, and as well as it now renders a little bit to a whole punch more faster, depending on what you use. WANT TO GET THE FULL VERSION BUT NEED 1000€!!! So please donate. PM me if you decide so to get further details. Will be really much appreciated!

And because there weren't really any community questions, I jump right over to the links

Awww, I like both MW and Battlefield. Only the first MW, though.

ALL BF FTW!!
And awesome work on the destroyer, guys. And I thought the Halcyon was amazing. Can't wait for the entire thing.