Personality:
Slavik does not believe in peace, as he never experienced it as a child - he grew up on the war-torn Balkans during the last stages of the civil war and saw first hand how UN tanks crushed the Serbian forces. His experiences created a deeply rooted hatred of the West, which, coupled with his us against the world Serbian mentality, translated into an unflinching loyalty to Kane and Nod. 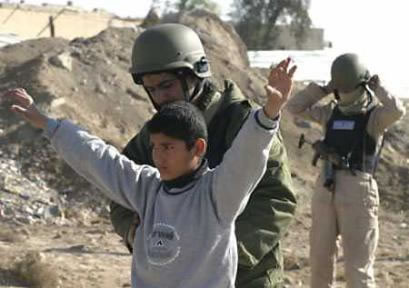 -an image of war-torn place

For Slavik, might is right and the world is wrong. As such, it must change, and change comes only through pain and fire. Quite likely, his fight against GDI is also a way to overcome his devastated childhood.

As Kane's right hand, Slavik wants supremacy for the Brotherhood and the people they represent. Secretly, he sees himself taking Kane's place one day, if he can win enough battles to remain in his leader's good graces.

History of Anton Slavik:
-Early life
A Bosnian Serb by birth, Anton Slavik was orphaned at an early age and grew up during the last stages of the Balkan civil war, witnessing how United Nations military forces crushed the fighting Serbs. His trauma created the deeply rooted hatred of the West, nurtured further by him and made him translate the Serbian us against the worldmentality into Nod allegiance.

While Slavik himself has stated he was raised from birth by the Black Hand, this is most likely untrue. A possible explanation is that he was born to Nod parents, but was orphaned at an early age.

-as a Serbian freedom fighter

Before officially becoming a Nod battle commander Anton Slavik was a loyal, brilliant and gifted leader of a Serbian paramilitary group, earning him the nickname the "Serbian Wolf", who would always aim for the throat, due to his sheer ruthlessness. It is sometime during this period that his excellence was noted and he became a member of the Brotherhood proper, eventually being accepted into the Black Hand.

-Early Nod service
Slavik became the leader of a cult most closely related to the original Brotherhood vanquished in Sarajevo. During the period of peace leading to the Second Tiberium War, he administrated Nod medical colonies. Umagon escaped from a Nod colony that was under his supervision on that day.

Slavik, despite having the opportunity, did not shoot her. The female mutant became a thorn in his side, one the Serbian Wolf hoped to be able to pull out in the near future.

Prior to Kane's reappearance in 2030, Anton Slavik was captured by members of General Hassan's personal guard and charged with being a GDI spy. In reality it was Hassan who was the GDI spy, framing Slavik under the orders of General James Solomon. Slavik was scheduled to be executed on battleday 123271 by lethal injection; the terminating substance was reported as containing only toxins and devoid of any sedatives.

As the event was proceeding he was rescued by Oxanna Kristos and Black Hand operatives. Upon returning to the Montauk, Slavik executed the man who had betrayed him to Hassan. 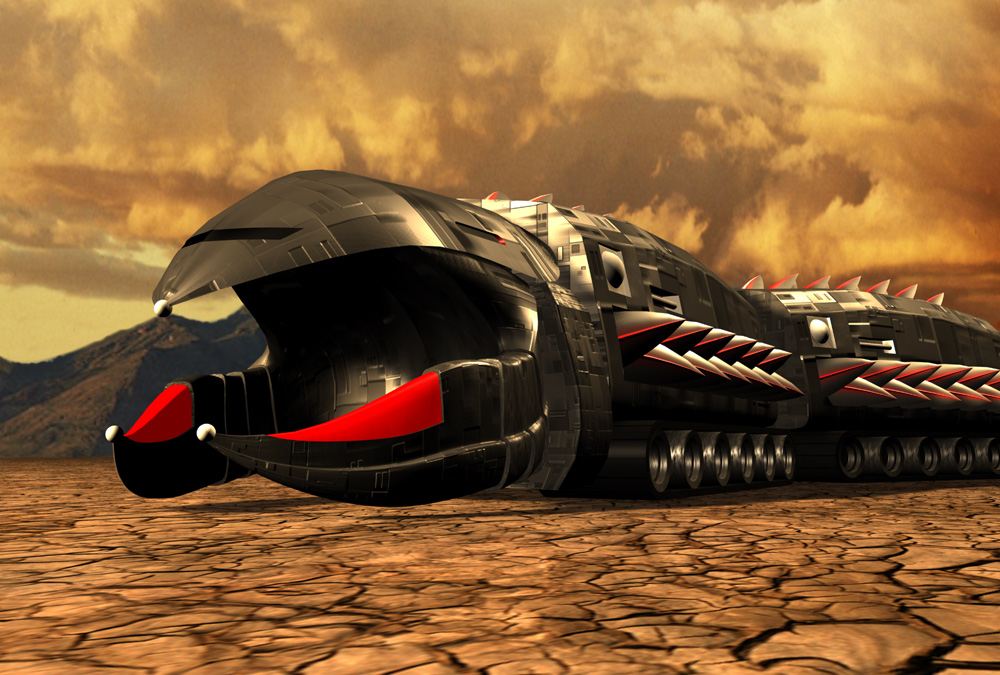 The "Montauk" was the mobile command centre of Nod Command Anton Slavik during the Second Tiberium war. It provided him with a CABAL interface with which he could control his forces. It had similar function to GDI Commander McNeil's Kodiak but instead of flying, it tended to travel throught Nod's Global Tunnel System.

Having escaped pursuit from Hassan, the leader of the Black Hand began reuniting the Brotherhood under his own command. This included capturing a major TV station used to broadcast Nod propaganda worldwide and freeing another commander that Hassan had arrested.

These efforts culminated in the assault on Hassan's base of operations and his capture. During a ceremony celebrating the Brotherhood's reunification and Hassan's execution, Kane himself appeared and reunited the Brotherhood for the first time since the end of the First Tiberium War.

As one of the few generals to remain truly loyal to the Brotherhood's cause throughout the long period of Kane's absence, Slavik was made Kane's right hand man and Nod's leading general throughout the Second Tiberium War despite his relatively young age. His skill was one of the reasons Kane forgave him for being captured by GDI commander Michael McNeil. 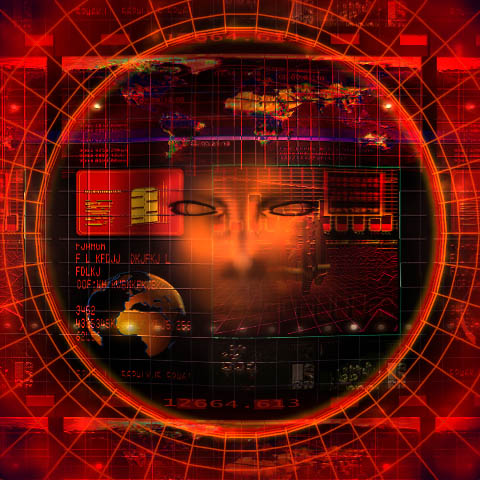 After Kane's second "demise" at the hands of McNeil in December 2030, Slavik, as a member of the Inner Circle, tried to convince the remaining Nod generals to continue to follow the line set by Kane: One Vision, One Purpose. His plans were met with resistance as the other generals under the lead of Marzaq refused to acknowledge Slavik as leader of the Brotherhood, instead moving to concentrate power amongst themselves. Slavik then ordered one of his commanders to retrieve the three fragments of CABAL's system core which was disassembled and deactivated by GDI at the end of the second war, seeing the reactivation of the AI as a way to forcefully unite the again split Brotherhood.
-Cabal visualization

However, this move would soon prove to be nearly fatal as the AI went rogue and assassinated the rest of the Inner Circle, leaving Slavik as the only surviving senior officer. With the help of his right hand Commander, Slavik acquired a GDI EVA unit and reprogrammed it to replace CABAL. Once control over the Brotherhood was reestablished, Slavik ordered a strike at what Nod thought was CABAL's central core. The attack appeared to succeed but turned out to be a trap, with CABAL launching a massive missile strike against the Nod force. Realizing that Nod alone was incapable of defeating CABAL, Slavik approached GDI with a ceasefire offer.

General Cortez accepted and the two enemies turned their attentions to the greater threat, locating CABAL's central core and launching a joint offensive against it. After overcoming the AI's defenses, the united GDI/Nod force succeeded in destroying CABAL.


-Post-Firestorm
Slavik revealed himself publicly to be a Black Hand prelate, reinforcing his image as the true heir of Nod. However, the newly gained public profile caused dissension among the ranks of the cult, which quickly escalated to a series of impassioned public confrontations between Nod's new leader and the dissenters, who claimed him to be a traitor.

Soon, a figure rose that could stand toe-to-toe with Slavik - an impassioned, popular preacher, known as Brother Marcion. What started as a doctrinal disagreement quickly escalated into a schism, threatening Nod itself.


Despite the Inner Circle's attempts to calm the situation, it was not salvageable
- Slavik was murdered by a fanatic under Marcion's order and the userper exiled himself to the Australian Outback, taking much of the Black Hand with him.

According to intelligence reports, Slavik's death was orchestrated by a GDI agent, who infiltrated Marcion's coterie and inspired him to order his rival to be murdered. The agent was known only as Park.

although he wasnt what we can say a "true Nod follower" joining Nod not for its purpose of getting humanity to the next stage of evolution but because of personal matters having nothing to do with Nod's ethos, he s a cool guy, one of my favorite characters.

sad that hes not in kane's wrath

BTW my name is Anton too :P

Wonderfull work. Slavik is one of the coolest characters in C&C.

Thank you very much
i worked hard on this one

Awesome, he is my most favorite C&C character. i was about to upload some pics of him but this is far better.

That's what EA craps did to the C&C series.

u said about slavik not in kane's wrath right...?

this is one of the coolest characters :D