Introduction ASoD is a revolutionary space RPG. It is a total single player sandbox where your goal is what you define it as. To support this there are a variety of play options from piracy to mining and ships suited to the task. There are also many solar systems to trade, fight, and explore in.

Posted by masternerdguy on Aug 4th, 2009

Introduction
ASoD is a revolutionary space RPG. It is a total single player sandbox where your goal is what you define it as. To support this there are a variety of play options from piracy to mining and ships suited to the task. There are also many solar systems to trade, fight, and explore in.

New Ships
ASoD 0.7 adds two new factions and two new ships. The first one is the Phoenix, an Mycerian freighter used by Starbus to move people across Myceria. This transport is unique in ASoD in that it is fast and well armed. However, it sacrifices cargo space to make this happen. 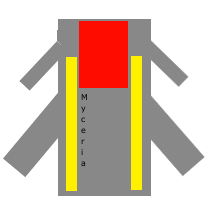 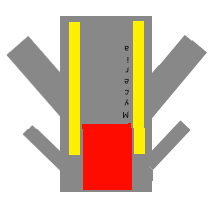 Combat is valued greatly in ASoD. With the new Wolf pirate faction, you get to buy the Wasp, the first ever bomber in ASoD! This ship shoots large, slow moving projectiles that travel a short distance but do a lot of damage. It also sports a top of the line engine and extremely thick shields. This makes the Wasp a deadly hunter prowling through the skies (or in less poetic terms, it can pirate nicely).

These new ships are also flown by the two new factions, Starbus (traders) and Wolf (pirates), and fully integrated into the game.

Let there be Sound
Music is now a part of ASoD! There are two tracks at this time, a generic track and a danger track. It switches between these smoothly by analyzing what types of ships are either within or just out of sensor range.

The new sound adds a new level of atmosphere to ASoD and goes good with just about every environment. The music was created by me using ZynAddSubFX and Hydrogen with some touch up work from Audacity. Finally, the warp sound is toned down. It now is quieter than the music and a lot less harsh. I got complaints regarding how loud the warp sound was.

Buy Low Sell High
Besides being the rule to financial success, it is a way to make money in ASoD. However, selling and buying were very difficult due to tricky keystrokes. That is no more. Now when you buy and sell a ship you still hold ctrl or alt like before, but you CLICK what you want to do! 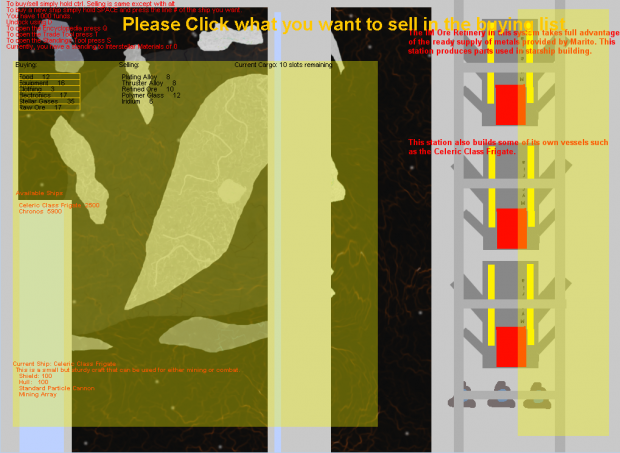 Notice that a grid appears over the commodities, this grid is sensitive to the mouse and will allow much easier buying and selling than ever! It also frees up more than 9 slots per list for commodities, making the rogue pirate bases work. Note: You still buy your ship the old way.

Note: The way these files are set up is not hard to figure out, you can manually migrate your money/ship/standings with notepad to the new files.

Early Release
ASoD 0.7 is being released ahead of schedule due to some personal issues in real life. I have not had time to work on completing Myceria, but I will catch up in the next release. However, this release adds many new features. Here they are in a nutshell...

Feedback
Thanks for your interest in ASoD and I hope you enjoy the game. Please send me your feedback either via ModDB.com or masternerdguy@yahoo.com . Your feedback is valuable. Fly safe!

wow nice! grats on .7 ill be downloading it soon!