The most revolutionary game modification for Rome: Total War, if not the most radical mod of all Total War titles, Amazons: Total War series has garnered great attention in the community. For the latest release 7.0D, it introduced a series of new animation models signifying a major step forward from the previous release. A snapshot of the model (the Sword Maiden) is shown below.

This 18+ only game modification enables the players to revisit the ancient battlefield in terms of dimensionality never seen before. The player can be one of the Amazon factions with their swift mobile forces, or the Romans with long range artillery and minefields, or assume command of a long lost civilization, the Far East Celt, and learn how to deploy their terrifying linked-armor-cavalry, the latest Amazons: Total War brings you back to the ancient world full of surprises. 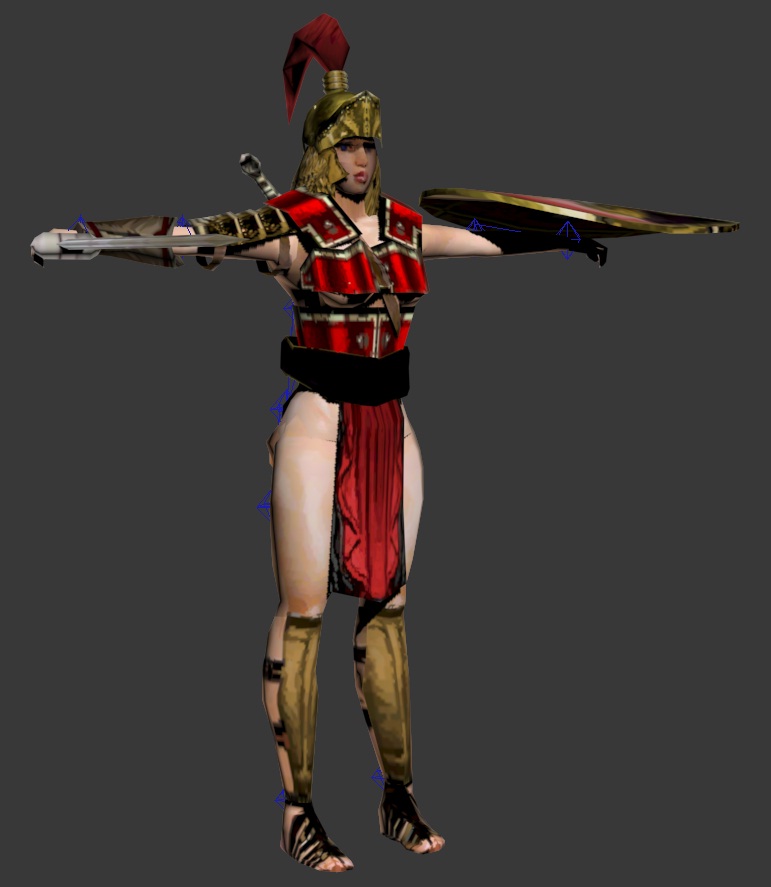 Instead of another me-too hoplite and legionnaire game, the Amazons Total War mod strives to bring the players the ability to explore many modern or exotic military concepts on the battlefield of antiquity. Like

1. Mobile warfare with stand-off capability.
2. Area denial weapons such as minefield, a first in the Rome:Total War modifications.
3. Long Range Mobile Artillery, allowing fire support, counter-battery, rolling barrage and other modern battlefield operations.
4. Wagon Warfare rendering combat similar to WWII's tank units.
5. Guerrilla Warfare, allows Amazon agents to infiltrate into enemy territory and raise her own faction's army deep behind the enemy line. Another First on a Total War modifications.
6. With the long lost civilization called the Far East Celt, player can explore the use of Linked Armor Cavalry, a dominating cavalry formation in Eurasia for centuries. Another First in any video game.

All the details of game are based on meticulous anthropological studies, many of the theses were long lost in history (as in His-Story), but were probably close to reality at one time or another.

So Amazons Total War is at it again! After hovering on the 90-100 entries on the ModDB's Top-100 ranking out of 19,000+ titles. It reaches above top 10 spot on the ModDB ranking list, was placed on #8 at its highest rating ever!

A 18+ only demo video of the early 7.0 series can be seen here, note a great deal of animation have already been updated after this video has been made.