So, it's about two weeks after the release of the Traitor Mode, and we have been working on some updates.

So, it's about two weeks after the release of the Traitor Mode, and we have been working on some updates. There's some crashes we have fixed, and also some small issues with Larson's healthkit, Noah's ammo supply, HLTV and so on. We also added the Director hud to show the Revealed Traitor's avatar, and added the ability for the players playing on a server to vote for a map change during the first minute of a round. This small update will be either released in a little bit when we have some more small fixes done, or when we release the next map.

Speaking of maps... We currently three maps planned. One is where you will have to protect Breen from the Hostiles, another one is where the Hostiles will be spawned via the Mantarays from HE EP1 and the Civil Protection will be aided by the Combine Air Defense. The third map is a bit different, as it introduces the Alyx Mode.

The difference with Alyx Mode to Traitor Mode is simply that player starts as "Revealed Traitor". Alyx will also have a fixed set of weapons including the Gravity Gun, Alyx Gun, Shotgun, and the Emp Tool. She can't drop or pick up any other weapons (except grenades). In the one Alyx Mode map we have planned, Alyx will try to hide Eli from the other three players, while they try to find and kill him to win. 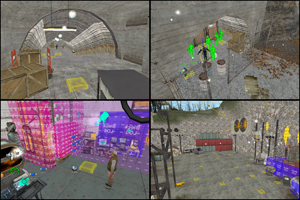 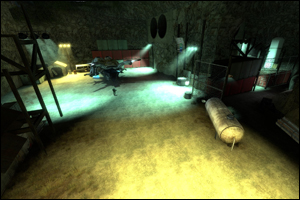 Again, if you are interested in helping us with map or creating the community, check out the tutorials at our website, or post a comment on our moddb forums. We are interested on finding level designers not only for Traitor Mode / Alyx Mode maps, but the full coop campaigns as well that we plan to work on later.

Also tell us what you like and don't like about the mod, or if you have encountered any bugs, tell us what they were.

Special thanks to DuckSauce, Neico, and Trinity Games.

lol nice i have ur same prfile pic

I downloaded and installed Traitor Mode last night but had to install Alien Swarm SDK to get it working. You might want to add that info for others :)

And, Alyx mode sounds interesting, looking forward to trying that.

Silly billy me assuming the 06 and 07 base installs were good enough. Cheers :)

Will there be Alyx nude? Alyx has the ability to take her clothes off to distract the enemy.

Those sickly skin changes have gone to your head.

You had me at Alyx mode.

So that map is in the style of black mesa east is it?

It's Black Mesa East extended, so yes, you could say so.

the only real changes you made to the vmf you see in the upper right corner are the added player spawns and the metrocop entity (which I dont know what it does).

Yep, the map is mostly the original Valve map, but I am extending the area so that you can access the other floors without using the elevator. I am trying my best to imitate the original map in the style of the extended area, though.

The metrocop is a template NPC used by the dynamic spawner.

Do we get to do those awesome flips Alyx does in traitor mode? :D

It's something I will atleast try to do, but even if I can do it I am not sure if I will have it for the first release of Alyx Mode.

Flips? She does flips in Traitor Mode?

Thank you guys for showing Alyx some love. She is by far one of the coolest and often most neglected HL characters in the line-up. Excellent idea anyway you go about it ! A very cheerful update indeed.

Au-heppa, i can't wait for Alyx mode, good luck on it.

Interesting, But I thought the combine would try to capture Eli.

I could try like a "hostage" rescue thingie, but the problem would be that who wins if Eli dies?

The advisors? But really you have a way better point, and I understand now. I guess I can't bare to see Eli die..... AGAIN.

If Eli get capture, traitor will have to kill the one who capture eli to save him?

All of the tasks they face seem kinda advanced for The metropolice force seems more like things OTA would do.... But still lots of fun.

thats all nice and dandy, but why are there no servers at all when i try to play traitor mode