Post news RSS Alpha test campaign in the works. Here it is so far

We're putting all the pieces together now. In this month's video you'll see a town filled with interactive NPCs, the world map, combat on a new map, level-ups, and more. The test campaign looks good so far. It's only a matter of time until full release.

Here is this month's video update:

In that video you'll see all the pieces coming together. There's dialog with interactive NPCs (which are very easy to make in the campaign editor we'll be releasing), shops, crafting, and treasure chests. And that's just in the starting town! 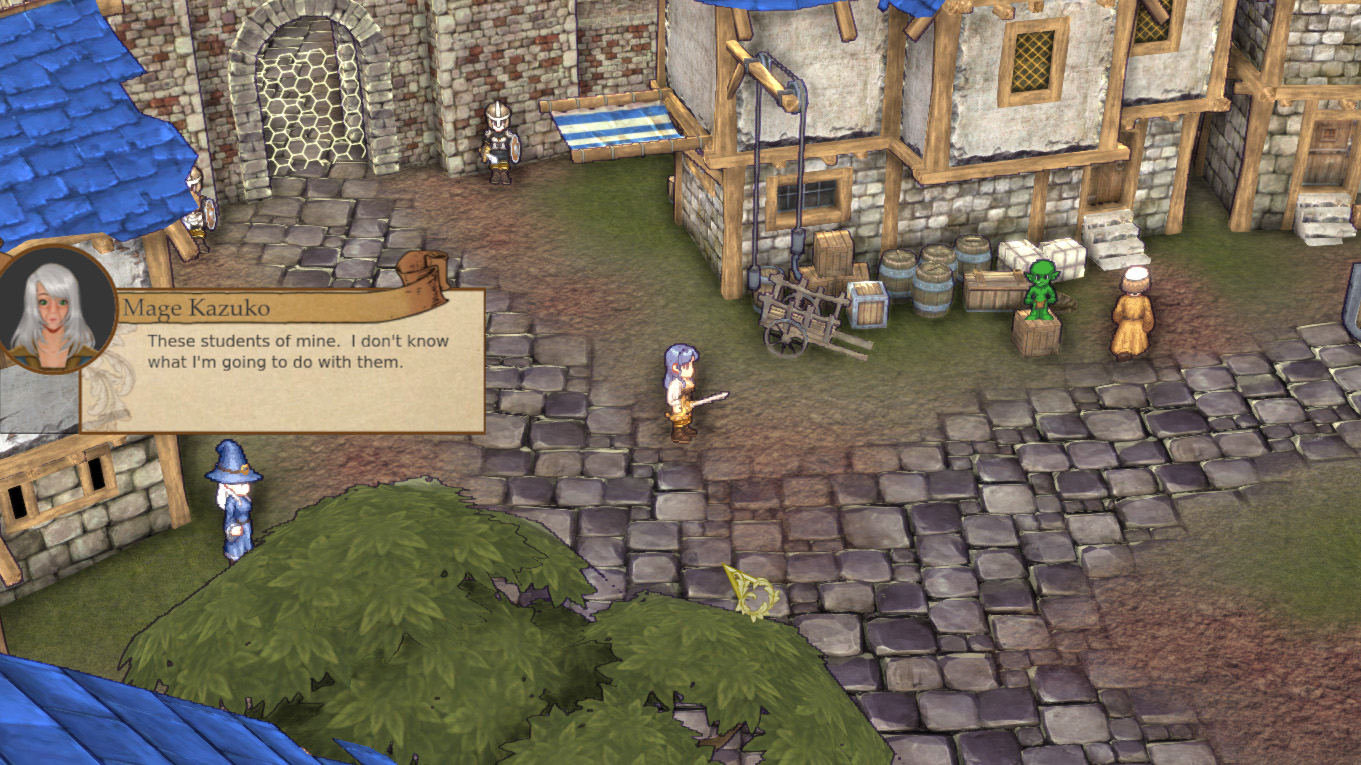 You'll also see combat against new enemies on a new map while listening to new music. 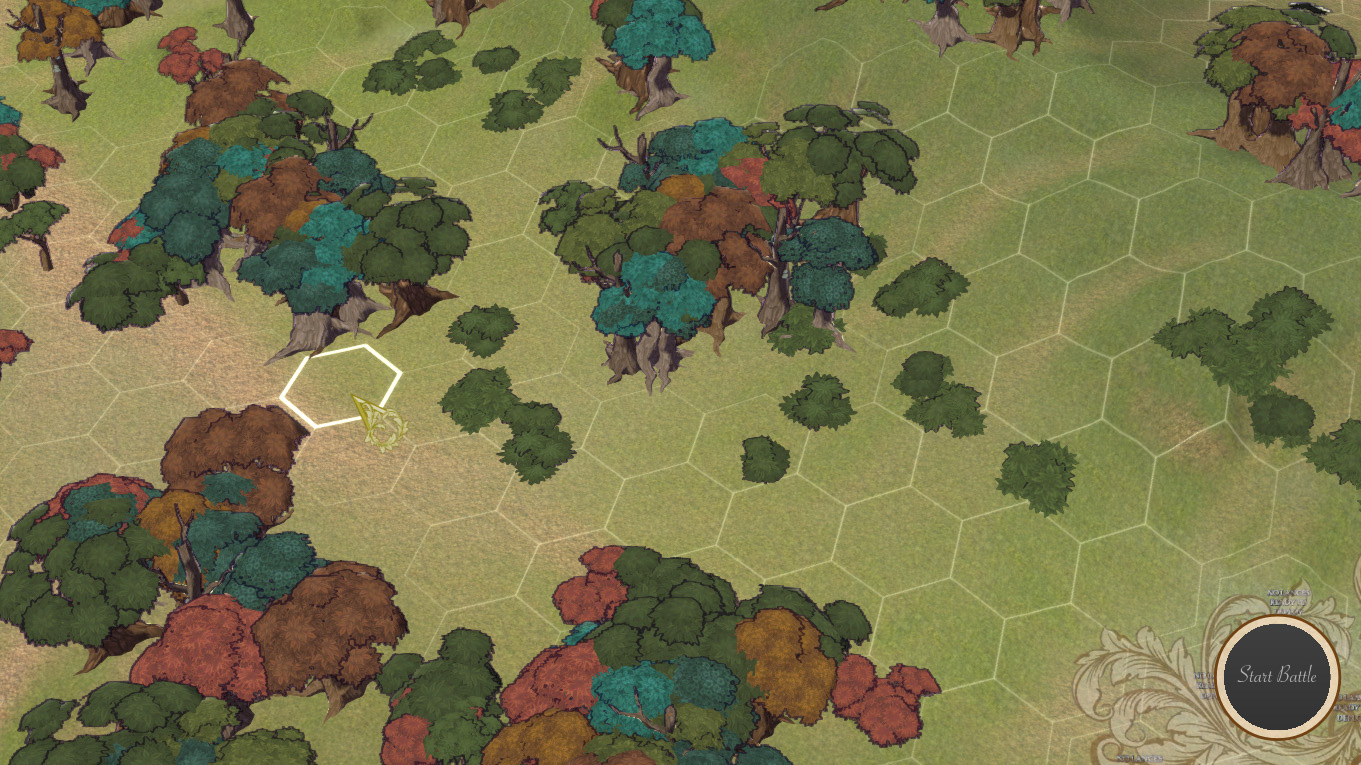 In this forest map for example (which still needs the lighting and shadows baked) you'll face some interesting tactical options in the narrow passes.

Besides that, you'll see the level-up system in action and some of the new equipment we recently added. That level-up system also includes 20 character classes, all unlockable from your start as either an Adventurer or a Student. As you level up and unlock new character classes, you'll also learn to craft, use, and specialize in powerful new equipment. 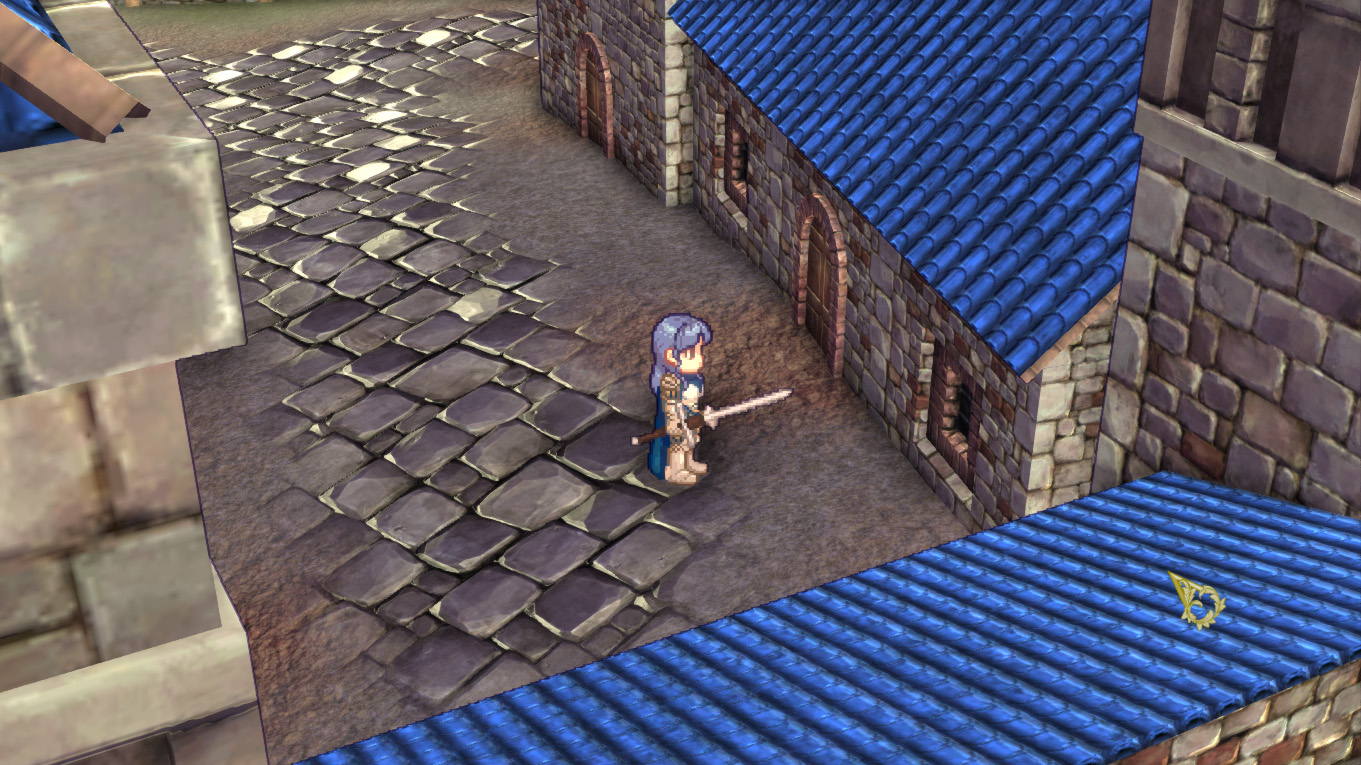 At first we thought we would just toss in a bunch of equipment and balance it later. But so far, with roughly 80 sets of armor, 40 accessories, and over 100 weapons, that would have been a nightmare. So instead we calculated what the weapons should be like relative to the characters and when they should be powerful enough to find new weapons. We calculated all the stats first, then put them in the game. 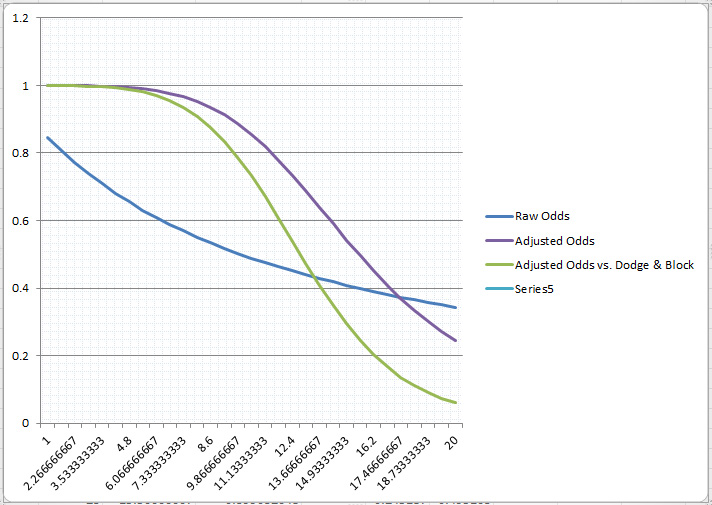 As a bonus, that also meant revisiting the hit/miss calculation. Your odds to hit went up with attack power and went down with the enemy's dodge and block scores. But the curve wasn't what we wanted. So we fed the "rough odds" calculation into a sigmoid function and played with the variables until we got a curve we liked. Now for a given attack power we know what we can expect the hit odds to look like.

We also reworked the damage calculation to take into account how many hit points a character should have at a given level, how powerful his armor should be, and how many hits it should take to defeat a character. 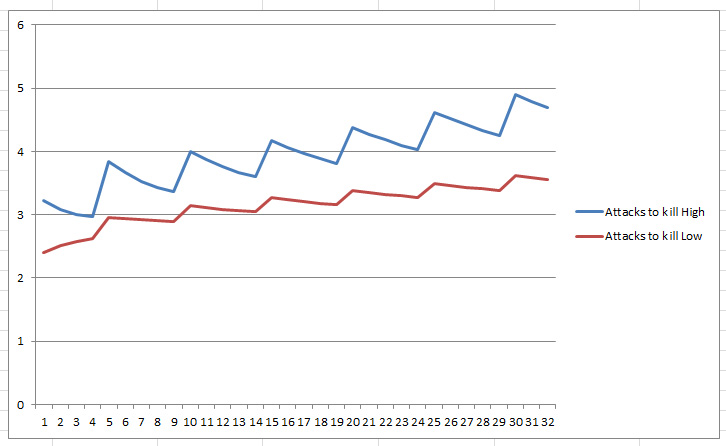 The lines above show for a given character level, how many hits it should take to defeat a character in heavy armor (blue line) and light armor (red line). The lines jump up with expected armor upgrades and slowly slope down as attack-power growth outpaces hit-point growth.

There's still a lot going on with Himeko Sutori and we're closing in on a playable campaign. When we're satisfied with our internal alpha test, we'll change the campaign's name to Beta and release it to our Kickstarter backers. After that, we'll decide on Steam Early Access while we keep working on the real main campaign and the full release.

It looks like it has potential, for sure. I would reexamine some of the sprites with regard to the movement of the characters they represent during your next aesthetics/polish phase.

Thanks for the feedback. We're constantly refining the sprites and we're still trying to perfect the way they project into and interact with the 3D world. Did you have anything more specific? We really do take this stuff into consideration.