We've made our thirteenth alpha release today, on the anniversary of our very first release a year ago. Download it! Read on for what's new. 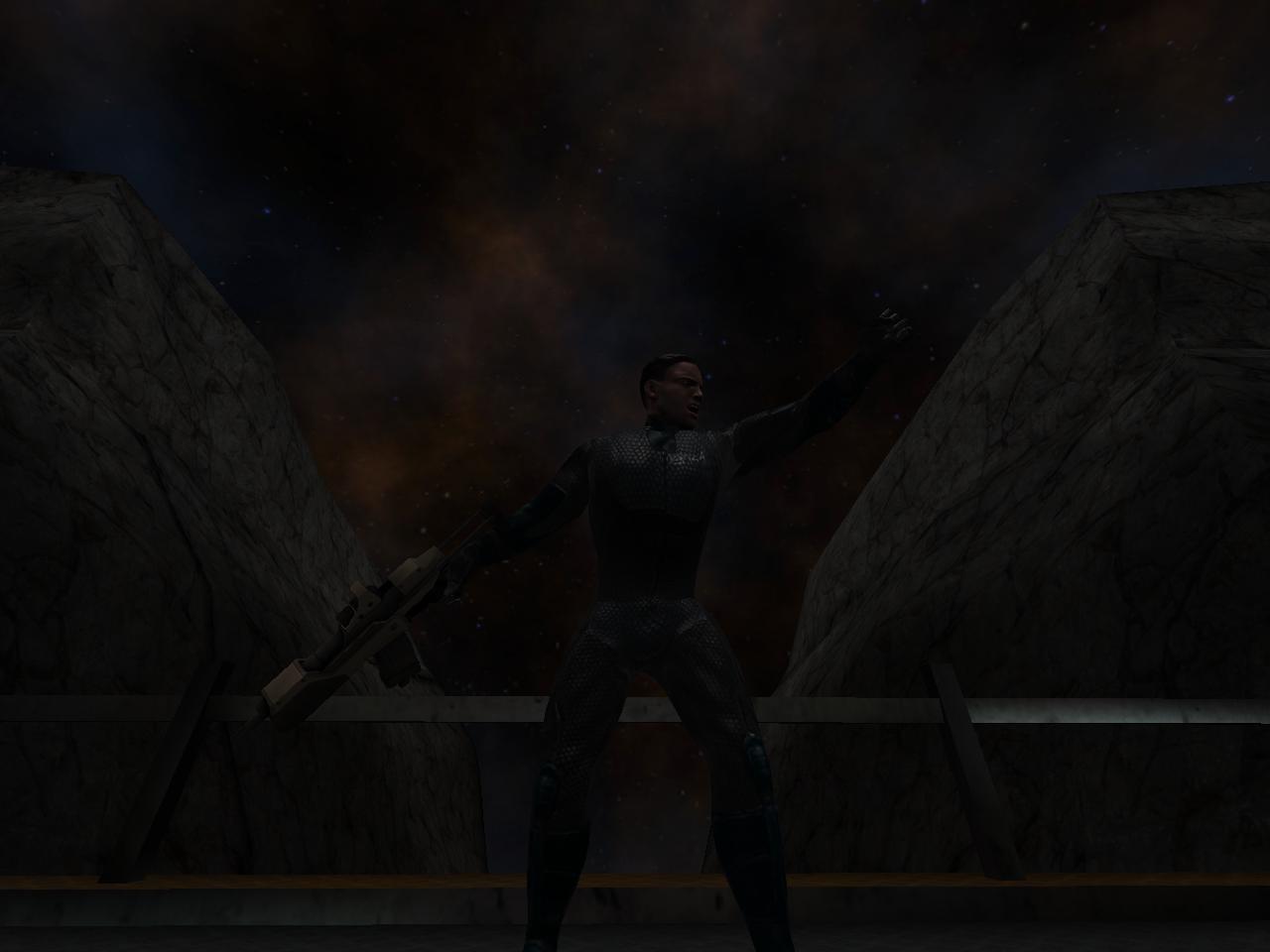 The result of several months of effort and our new texture swapping tool, Chameleon, the map has been fully modernized to take advantage of the new texture effects permitted by our engine. To those who have played earlier versions of Parpax, the map will look significantly better overall, and in general, it's quickly easing into its position as one of our default maps. In addition to being fully normal mapped, as well as containing brand new textures, the map itself has been updated based on gameplay feedback. Check it out!

For this release, Plat23 has also been updated, with major adjustments to the outside area connecting the two bases. The area is now much more complex than it used to be, with large structures to provide cover, and a lower level to utilize for protection or sneak attacks. It looks neat, too! Make sure to provide plenty of feedback, as the map is approaching a stable release.

We now have a redone base texture for the human model, at a higher resolution than the old one. Not only does he now have darker features, but his environmental protection suit has added detail to it, and the spec maps have been edited to ensure that he is not as glossy as before. In addition, stray pieces of light armor are no longer present on the base model, ensuring that he looks appropriately unarmored. Over the coming month, we will be redoing his helmet and armor, and then we'll be adding support for color variations.

As with last month, our behavior-tree based bots have received some more updates. For instance, they have improved steering, and will no longer get stuck while trying to maneuver through small doors. It should now be possible for bots to move over larger gaps as well, and they can also fall down greater distances on certain maps. Navmesh generation has also been enhanced with some new options and more efficient code. We've also managed to get bots compiling with qvms, meaning that in a release or two, we'll be able to finally merge the bots branch into master, and you'll be able to use bots without having to compile the branch.

The in-game console looks and functions even better than before, with some more of the work we've done on improving it. For one, the scrolling is much more smoother than it was in the past, and there are some new animations to give it a more polished appearance. It also has a markerline and scrollbar, too! Hopefully, the improvements will make it much more attractive for players to use.

We've added the latest updates for the German and French translations, based on the work of our community translators. If you speak one of these languages, feel free to share your impression of the translation work. We have also added code-side support for plural forms, in the instance that your language requires certain things to be pluralized where they would not be in English.

No video(s) to demonstrate the mod? :(