Post news RSS Alpha 12 Released: The Place No One Lives to Tell About

Alpha 12 is here! This update is much broader in scope than what we've seen before, hence the ridiculously long changelog. As usual there's new content, but alongside it we have a lot of new UI features, a range of balance tweaks, and a rather large number of new mechanics for so late in alpha (it feels like I could develop Cogmind forever, but did I mention we are now in "late alpha"? :P).

A sampling of some of the new features included in Alpha 12 (the non-spoiler stuff :D):

New option to auto-ready a launcher for solo fire when attached.

Force trigger a known trap via '>' or clicking on self while standing on it. 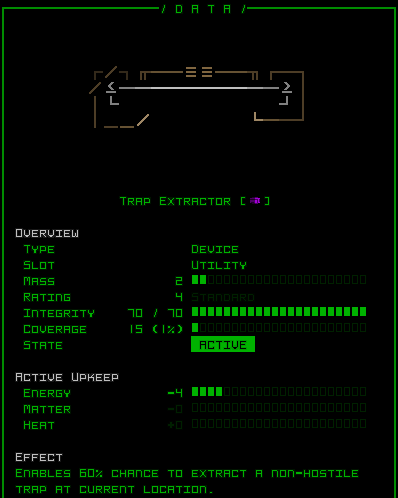 Use this to reprogram and remove hostile traps from the ground, then reinstall them elsewhere.

(Examples: disarming a grunt with a Blade Trap; planting an explosive conveniently between some

reactors to take out a pursuing squad; toying with a garrison by planting EMPs right outside their door) 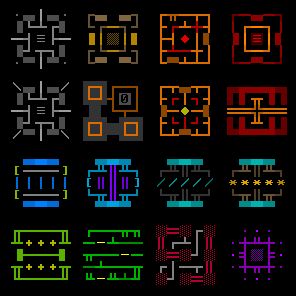 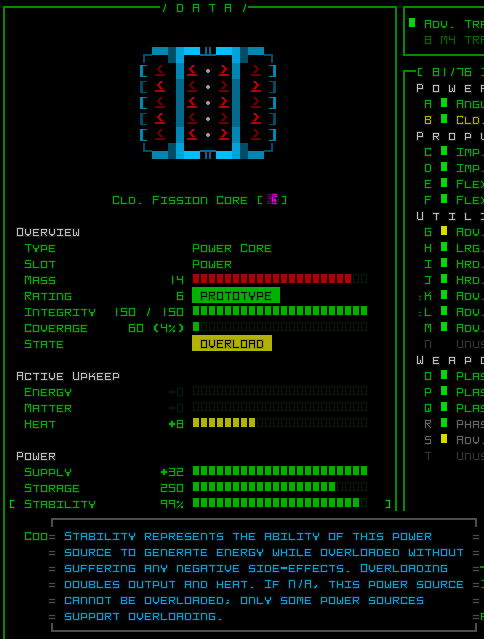 Some power sources can now be overloaded for extra output (all Cld.-prefixed).

Any part can be inserted in a Scanalyzer to identify it--

those without schematics are listed in yellow alongside other insertable items.

Terminals now report the requirements for a desired schematic if unavailable locally.

Obstacles to line of fire are highlighted much more brightly, with a glow effect.

Allies always prioritize reaching your position if you're at an exit,

here seen rallying to defend the stairs while more allies catch up. 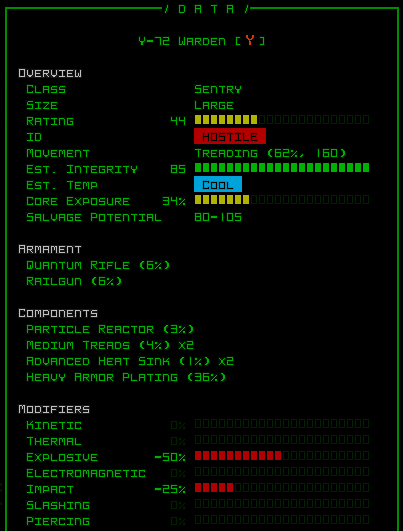 Scan Processors were removed from the game, and full robot info is

available for all robots just by examining them.

Visualization modes and inventory sorting are now labeled right there when switching modes.

The eighth and final part data visualization mode, vulnerability, showing [coverage/integrity] to suggest which parts will be the first to be lost when under attack (comparison with some other modes) 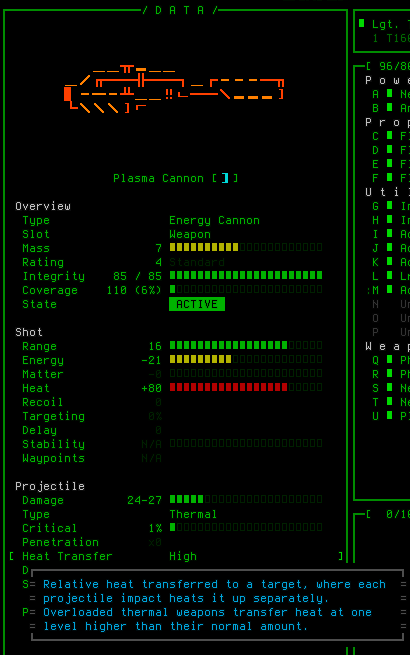 Dangerously overheating bots glow red for a moment, indicating they're ripe for melting.

System corruption deaths also have a slight add-on to their animation (this one's much harder to spot :P)

automatically lights up and colors the areas outside FOV.

with their own indicator on the HUD.

This and the last release have all but killed me xD. Need to keep the next one a bit more tame in overall scope, though it's going to include some significant new features for the earlier parts of the world (i.e. where more players spend more time), so that'll make up for it!