You've waited very patiently, and it's about to pay off. I am pleased to announce that the Alpha 1 release of Outlier: Open Skies is available for you to download and test! In other words, it's happening!

Intro
You've waited very patiently, and it's about to pay off. I am pleased to announce that the Alpha 1 release of Outlier: Open Skies is available for you to download and test! In other words, it's happening! 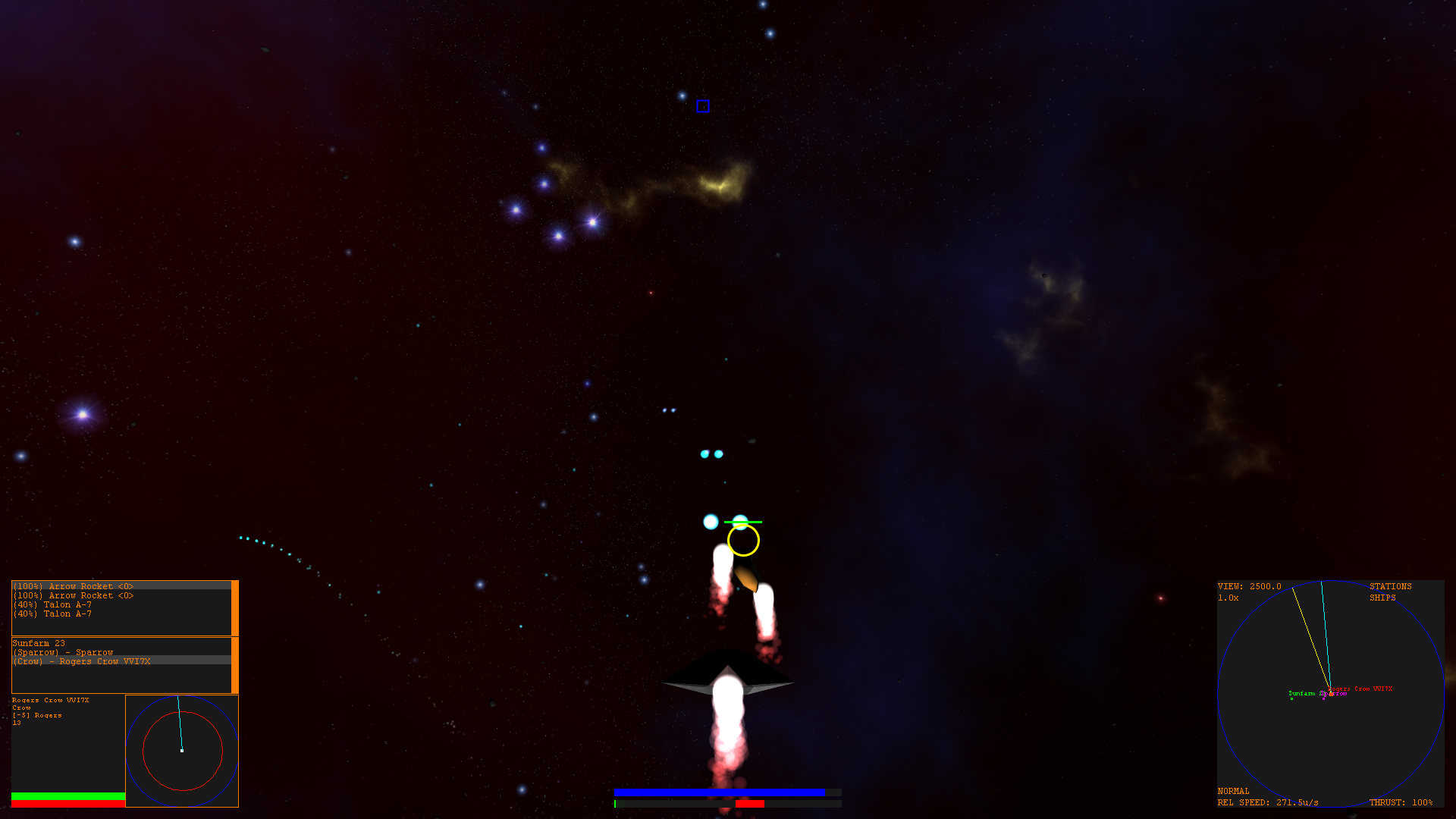 Getting Started
This version is an early, ground floor (more like unfurnished sub basement honestly) release that is designed to gather initial feedback and to test performance and stability on a variety of hardware. It is nowhere near complete and probably doesn't look much like the imaginary final product.

In this version, you will start with 2 well armed Sparrow fighters and 50,000 credits. You'll start near a station, and 1 jump from a system with a shipyard. You should be able to get started pretty easily. If you've played High Albedo, you should be immediately familiar with the interface too.

What's Included?
More than you might think! The following things are working pretty well. 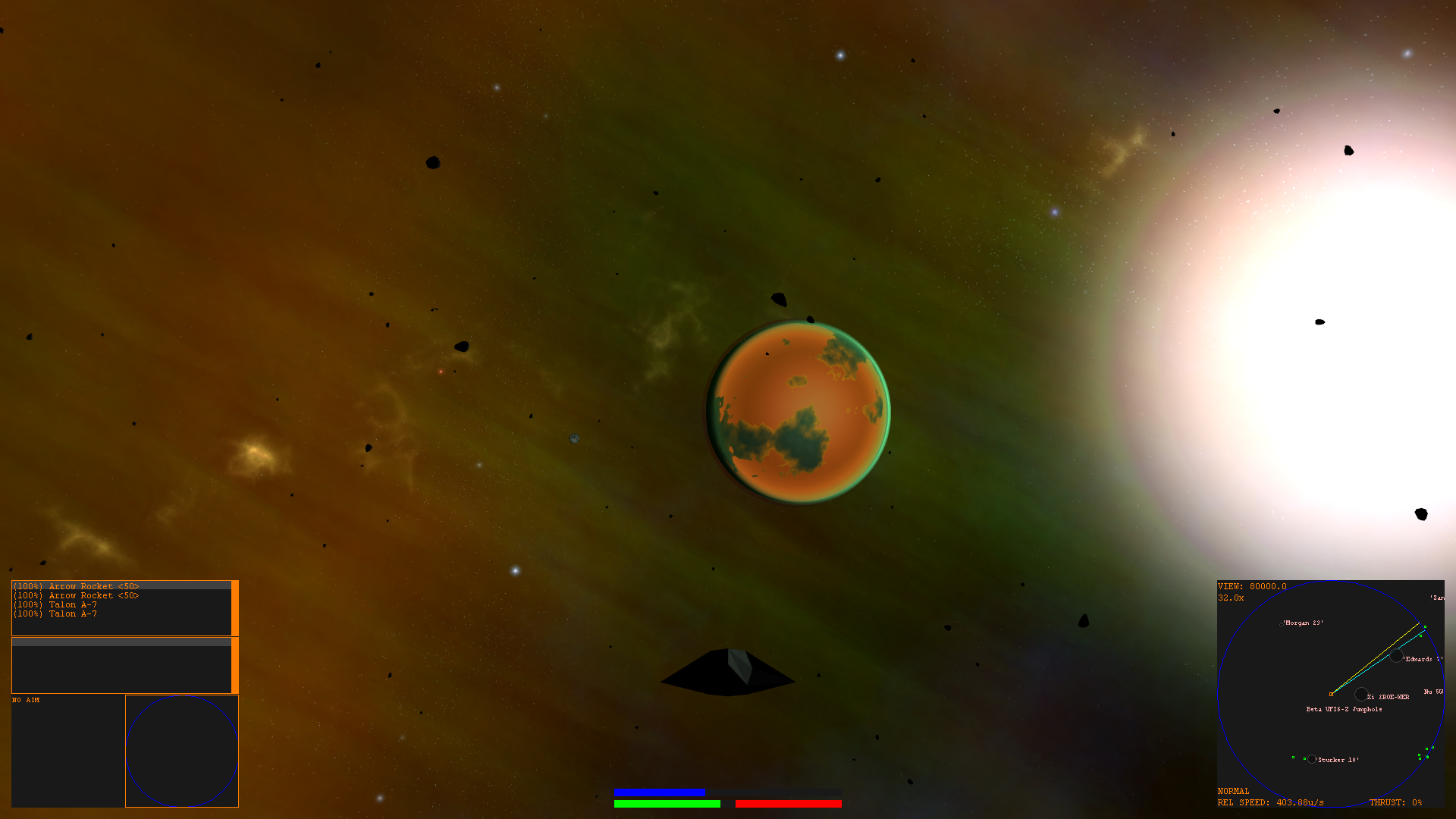 What's Not Included
Most of the features of the game are incomplete, but some are simply not present because they have not been written yet.

Now that the depressing part is over, lets talk about the future. 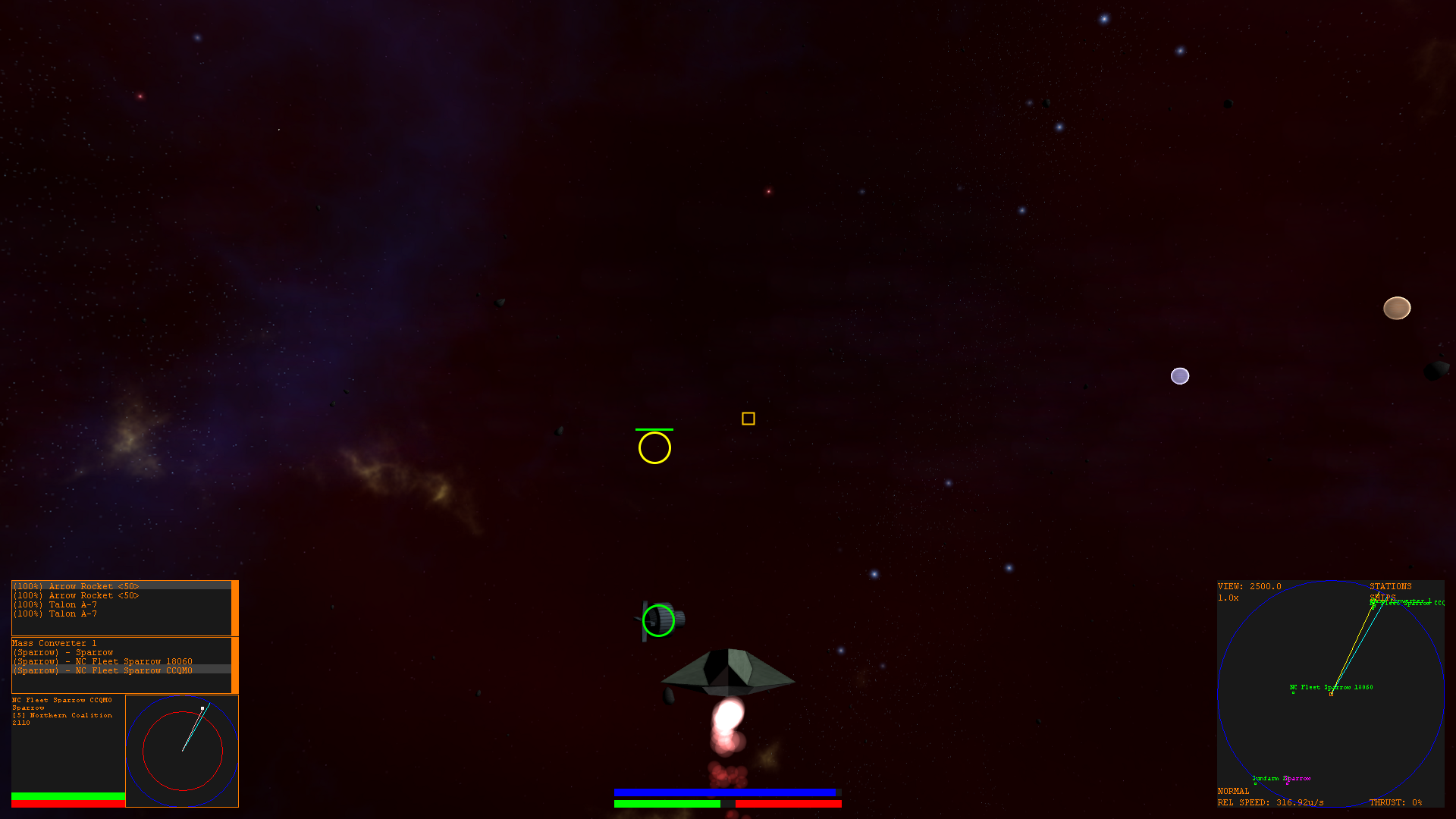 Future Roadmap
What happens next mostly depends on your feedback. There are a lot of things to improve upon and add, but my initial priority list (discounting any serious bugs or issues, which will be bumped to the top) is as follows.

That will keep me busy for a while, but I would love to hear your feedback. After all, that's the whole point of releasing it in such an early state! 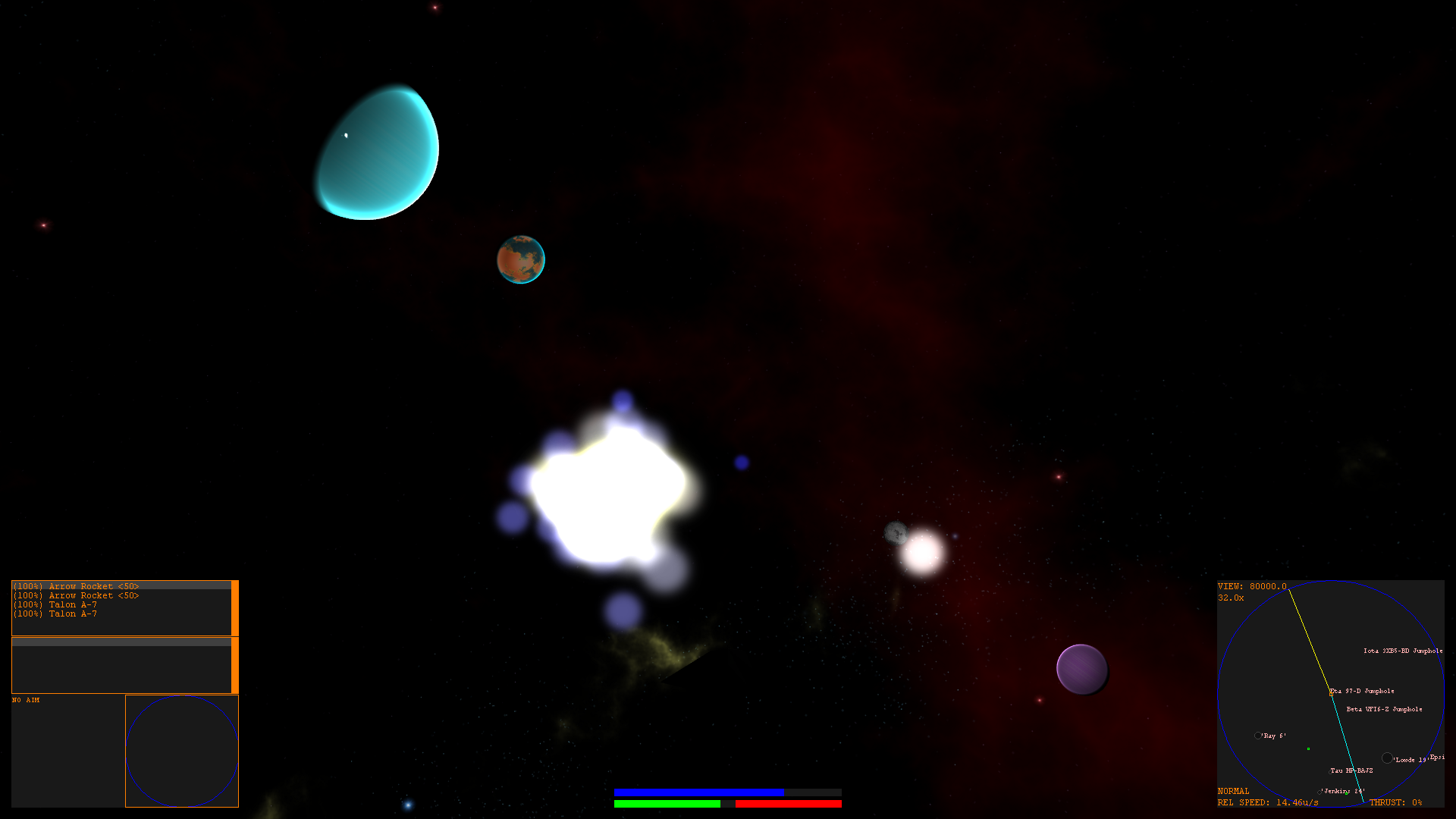 Performance
On my test system, this game runs at a smooth 60fps except when in very heavy combat with a dozen fighters missile spamming, in which case it gets into the 20-30fps range. The development and testing machine has the following hardware.

After testing, I'd love you to send me your performance information with a similar hardware report and anything else you want to add, especially if you are reporting a problem. 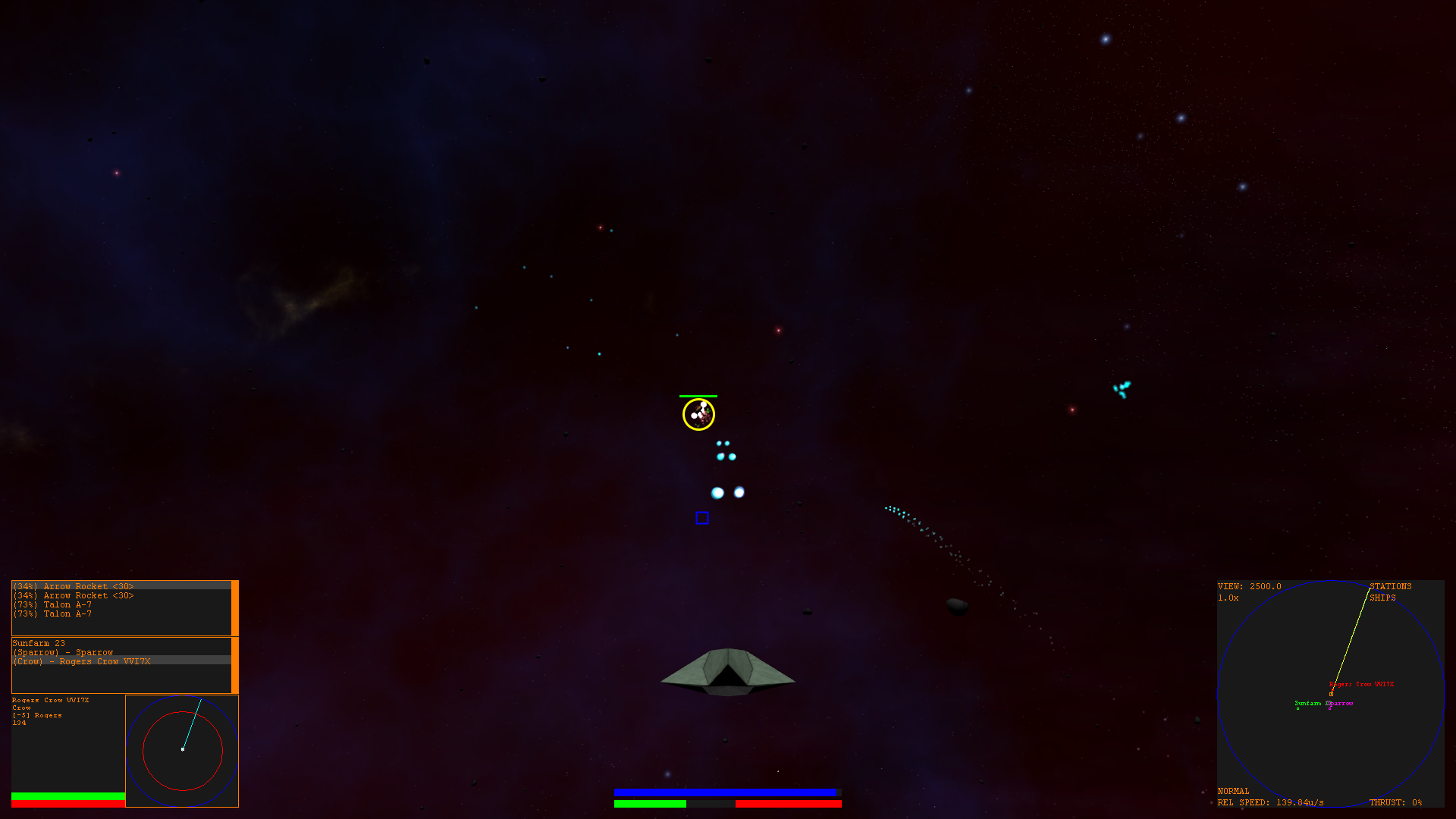 It works on Windows but it is clearly best played on Linux. I'm sure I can get these issues nailed down with your help. 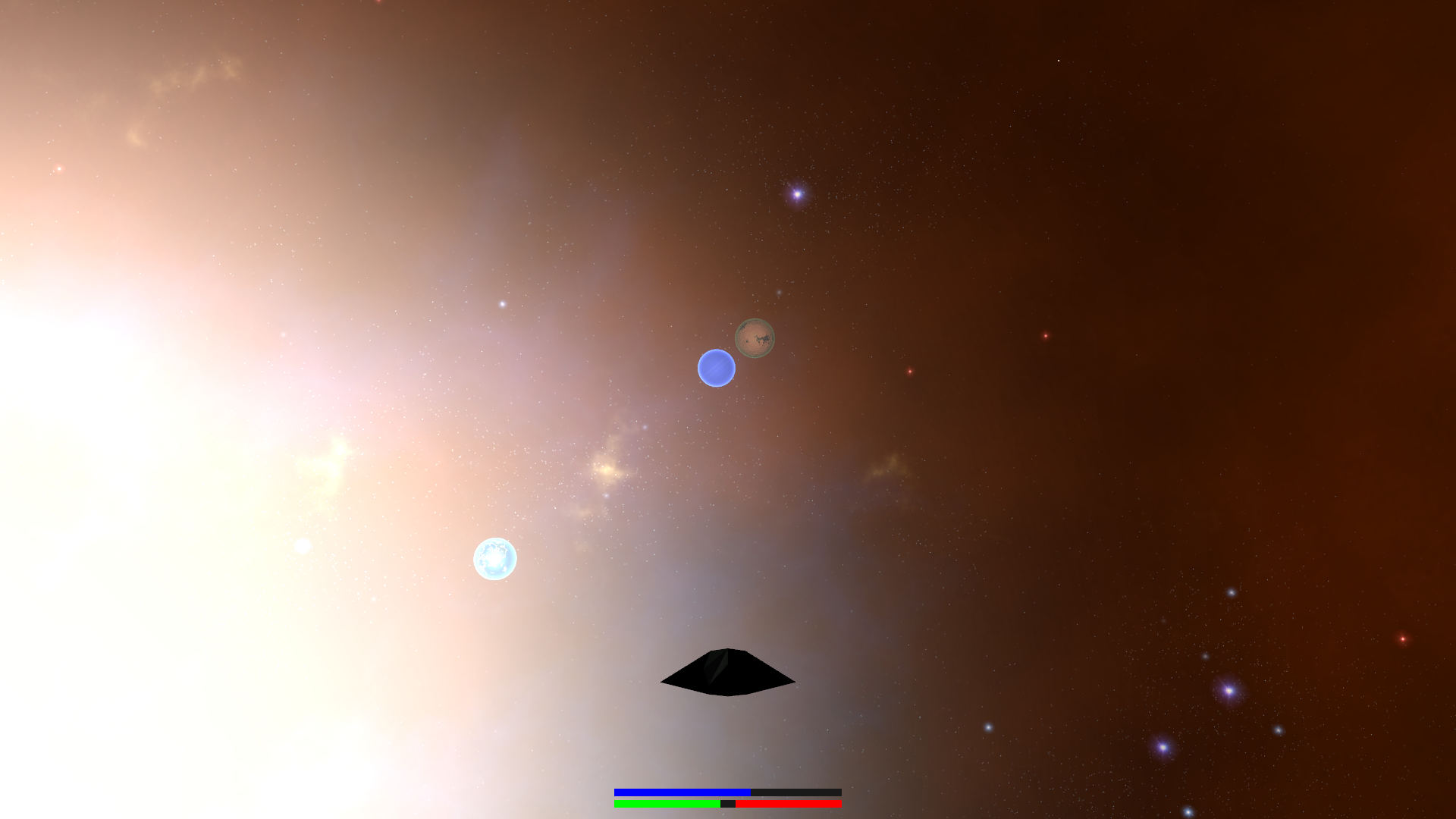 Conclusion
Thank you for your interest in Outlier and following me in this project! I am always open to feedback, feel free to leave your suggestions (or more likely bug reports, it is Alpha 1) here or send them to me at masternerdguy@yahoo.com . Fly safe!

Will this ever be available on the mac? I have a pc to play it on, but my mac functions as my daily use laptop.

Technically there's no reason I can think of that it won't run on OS X, I just can't officially support it since I don't have a Mac to test on.

Time to try this one!