The weapon sounds for Fronts of Battle (fob) have been completed. Read for more information, plus a sample!

Posted by AmericanInfantry on Oct 12th, 2009

Well, it took me a day and a half to acquire and edit these sounds, but it's done. These sounds have been collected from FPSBANANA and a few from Flashkit. Do not worry, I have credited the appropiate people. :) 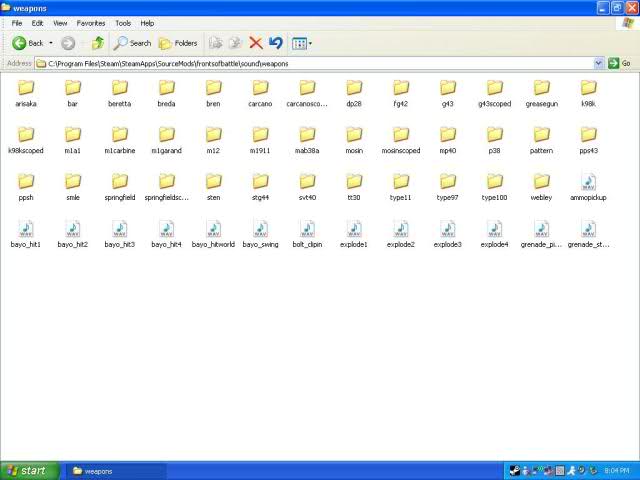 I took two weapons (Type 44 Calvary Rifle) and the Tommy Gun out because I felt that they were not necessary. I also forgot to add in the rocket sounds for the Bazooka & Panzerfaust and sounds for the machine guns; I will add them in tomorrow.

If you guys are asking yourselves "Any sample, AI?" then look no further.

We have taken a big step in the progress development, as sounds are obviously a big issue in any video game. XD