Alien Arena: Warriors of Mars is set to be released this Summer! The game is near completion, and is essentially a complete reboot of the game. New artwork, new technology, updated levels, characters, weapons, and is now looking to be Greenlit on Steam.

The years have gone by in the blink of an eye...

When we started this reboot in the Fall of 2013, I don't think we really knew what we were getting into. It started as creating all new characters, and some new weapon models, and eventually extended to nearly every asset in the game. As time wore on, and we developed new rendering techniques, and new terrain technology, it became clear that the environments were also going to need to be updated as well. Obviously, there was no human way possible to update all 60 levels the game had, nor would we want to - it was time to clean house, and only keep the best of the best. In the end, we retained 12 Deathmatch maps(and created a brand new one), 5 Capture the Flag maps, and 2 Tactical maps. Focusing on quality vs quantity allowed us to hone and polish each of these into something that would not only play amazingly well, but also feel like a work of art that we could be proud of. However...it didn't stop there. During this time we also spent a great deal of effort refining the renderer, making it lightning fast and buttery smooth. We also stripped out much of the old game modes that people didn't show much interest in, pairing everything down to make it leaner, faster, and far easier to maintain.

It didn't stop there either...What good is an online multiplayer FPS that looks modern, but plays over the internet at a 1998 era 10fps tickrate? Not much right? We implemented a variable server tickrate(from 10 to 120 fps), expanded antilag to accomodate it, and cleaned up a lot of nagging game code that had been neglected. In the end, we have wound up with an arena FPS that has a lot of old-school charm, with a more modern feel, minus all of the really annoying things that today's arena FPS's try to implement to slow it down. The game is fast...really fast. Insane trick moves can be achieved using dodge chaining techniques and weapon splashes. There is really no ceiling to the skill you can achieve in Alien Arena.

Alien Arena is now on Steam Greenlight, so please, vote for us, and hopefully we see a lot of new faces this summer in this blockbuster reboot and release! 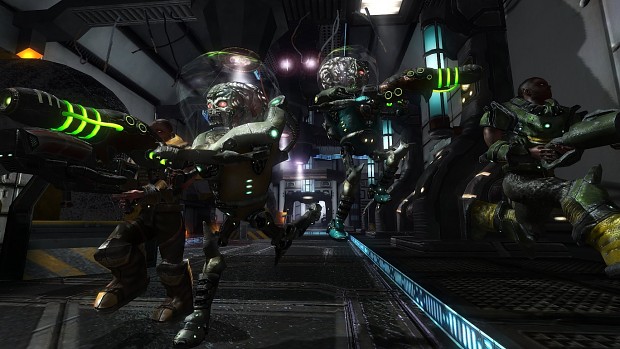 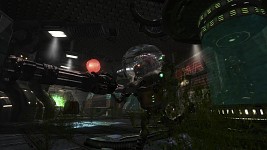 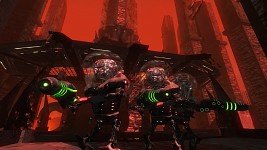 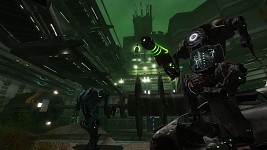 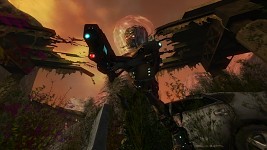 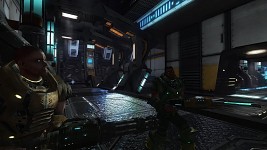 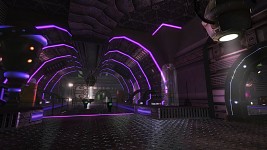 Why does the Greenlight page only list PC (Windows)?