Version 7.33 of Alien Arena has been released as promised, with a host of new features, bug fixes, and a brand new level!

Version 7.33 of Alien Arena has been released today, including a host of new features, bugfixes, optimizations and a brand new level in which to get your frag on!

Some of the more notable changes include: 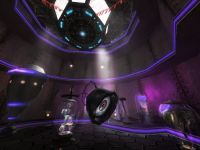 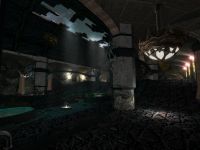 For a comprehensive changelog - Icculus.org

Have a problem here:

I wanted to change resolution to highest, then the game got into window and the window is so big that I only can see the half of the game, so i cant change it back.

Re-installing does not not work, and I can see the "full screen" buttom but it dont wanna change to full screen. HELP ME!!

Are you using linux or windows? If windows, just go into your arena folder and delete config.cfg, if Linux, then in your home directory, look for a .codered/arena folder, and do the same.

Windows, and where in the folder? the only place im seeing a config folder is in the FUSE folder and theres 2 config files + a folder

in C:/Alien Arena 7_33/arena you should have a file called config.cfg, delete that to reset the game's settings.

have no config file in arena folder, only:

Check and see if it's somehow in the data1 folder. Otherwise, maybe you have explorer set such a way that it's hiding the file.

no config in data1,
and I have set the folder and file settings so I can see hidden files and folders

Then it should be running as default. What is the resolution of your desktop? If it's kicking out of full screen it's because your video card isn't liking 1024x768(the default setting).

You can also type gl_mode 1 in the console, followed by vid_restart to change it to the lowest resolution.

You should then be able to set it to fullscreen, and 1366x768 in the video settings menu.

WTF THIS ENDS MY HARD THINKING
-60 maps and bots

I have thinked that maybe i should try this one out but never thinked that its this highly developed game :o im amaized of graphics i though it used idtech 4 (quake 4 and doom 3 engine ?) or idtech 3 cuz i have seen how high graphics quake 3 engine can make (true combat elite) but wtf never even dared to think its something idtech :o

whoops
Never dared to think its something like idtech 2 :o
And btw if someone dont know what in talking easily.......
I download it :D

Do the player ranking and stats mean it has unique player ids now?

We have not implemented unique player id's as of yet. That's on the way at some point though.

Great Game ! to bad it doenst have savegames for the Sp / different difficulties /coop mode ^^

I LAG LIKE HELL almost
i have vista and this game wont support vista ? or do it?
well i marked use comptibality (sumthing) mode xp
my max fps is 36 its very playable but when it drops to 6 i was OH GOD WTF and ping (in bot fight not online dedicated none and public no)
was 230 max O_o
but when i tried it without comptibility mode max fps stayed long at 36 and lags became little more rare but i got 50 of em in 10 min (small lag moments) so may you promise that you (dev team) build this comptibility with vista ? little more like i got fps 50 and lowest 20
(btw does this support multi cores ? if not i understand why i lag and fps is so low)

The game does support Vista. Did you try turning the settings down in the game's video menu?

no i havent tried to put graphics low i though my pc can handle this easily
My video card is geforce 8800 gs (or i dont remember it could be 8600 gs) but update things.... I DONT HAVE ANY CLUE OMG
But i think bigest reason is this game dont have multi-core libbary/binary so it uses only my first core for game :/ am i right ?

Well judging by what you've said, first, you probably need to go to www.nvidia.com and download the latest drivers. Next, in your Nvidia control panel, be sure that "multithreaded optimization" is disabled, or application controlled. The game should play extremely well on that video card if things are properly set up.

ok i will try :) but i didnt get anwser that is there multi-core support as far as i know if i have 2 cores game cant use both if it dont have libbary/binary for it
It can cause my lags too
Ok heres situation

I cant play one of the most addictive game made because of mystery lag source :/

I can play it maybe 10 mins before big lag starts

I dont know how well you do know vista lag but main broblem in it is:
Pc have vista and wlan
Vista cant stop scaning wlan routers and keep scaning while it optimazes memory very bad= when it scans memory and prosec wide will disapear somewhere and it dont give memory enough to game when own processes are more important game losts touch and starts to increase ping but when vista stops scanning it will recover everything lag stops
To make this more lower simply shut down wireless connection but vista makes same command every time but now its not real so its smaler :/ i hope you notify this on readme or on homesite (if you are one from dev) i tell more when i got more info does it work :)

When you say "big lag" starts after 10 minutes of play, are you talking about ping or framerates?

The game runs fine on dual/quad core systems, Vista, and Windows 7. If you're having problems, there is probably something else going on here, probably setting or driver related.

and if i have bigger specs lag is smaler or if i dont have wlan at all in my pc (or i have usb wlan adapter) vista wont **** up everything
So this is basicly laptop problem :/

im talking about both ping and fps btw i tried that new warsow it had same lag problem but because it have lower specs it lags less but im still addicted to alien arena so
Are older alien arenas (stand alone versions) almost same ?
Im not active online player but i like bot games so are older still almost same (i dont care about graphics)
And i play older versions when i wait that i got idea how to fix this or if coming versions are more supported on vista xD

We support Vista fully now. The problem is you probably need to do those two things I mentioned before regarding the drivers and multithreaded optimzation settings.

oh i use finnish edition of windows vista (finnish language inclueded) and i go to nvidia control panel....
I dont find anything that even would be multithreading (actualy i dont know what it is in finnish) so would you tell what it do ? Then its more easier to find

alrite now i have updated
Last time when i checked nvidia.com there was not any new drivers but when i 2 day ago runed windows update there was new drivers
So im ready to check this again :D and i think that it may work because i have got problems with video card but one thing that is not positive
I runed medal of honor pasific assault and fps was originaly 32 averange and now it dropped to 24 :/
But i tell tommorrow my result

Ps rainbow six vegas 2 gameplay is smooth and stable so i think main problem is maybe videocard graphic... Way or something like if my videocard wont fuly support open gl games
Thats what i have noticed

I can play the game, but it gets "fuzzy" sometimes. The fps vary from around 50+ to 125 no matter what I set video at. However I should be able to run 4 times that speed. I run much faster than that in COD4.

Seems to me there must be some problems with quad cores. No matter what I adjust I can't seem to increase it.

I'm running intel q6600 dual/quad cpu with a PCIe 8800GTS 640MB vid card and 6Gb of OCz ddr3 1333 ram. I overclocked the cpu to 3.0GHz without increasing the fps. I have the 195.62 Nvidia display driver recommended by my card manufacturer and originally started with 151.something (I think).

I guess I'm just ****** I can't run it faster and can't figure it out. From what I've read there are others with this problem. Have you found any solutions for us?

Sorry to bother you, it seems you are busy enough but I haven't been able to find a more knowledgeble source.

Sounds like an affinity issue. In your Nvidia control panel, disable multithreaded optimization. If that doesn't work, you can try playing with the game's affinity cvars. sys_affinity can be set to 0, 1, or 2(by default it is 1). Note, you must close the game and restart it for affinity to take effect.

Thanks. I read your previous posts and tried all your suggestions. Affinity still at 0, however, a new development - I made the timing in the bios apic (or whatever that abrev is) instead of pet and now I run at a constant 60fps. No faster, no slower. My question now is: is that a good playing speed? Seems like its good enough I don't experience lag or feel that others have an advantage. My maxfps set to 125 cause I'm used to quake (1,2,3 &4) lol. I'm really getting curious as to why this setup won't run it faster aren't you? Anyway, thanks for all your work on this stuff. I'll keep playing and playing with the computer cause I like to do that. And reading your posts of course.

That's a good playing speed, certainly, but your computer is capable of much more. In the game's video settings, try turning of vertical sync and see if your FPS then doesn't jump up quite a bit.

Vertical sync is off - 1st thing I did.

OK, I'm now getting a constant 125fps. Thanks for your help. If anyone is interested here are my basic settings.