An inside look at the various regions and environments you'll fight through in the Aldura Campaign map series.

This series centers around a single planet - needless to say, things would get pretty boring if you were fighting in the same environment map after map. That won't be an issue, however, because Aldura is a geographically diverse world. The story takes you through a number of unique regions - here's your virtual tour of Aldura:

The capital city of Serena, one of two main continents on Aldura. Serena City is remarkable for its gleaming white towers and numerous spaceports. These spaceports make the city a primary target for Republic forces. 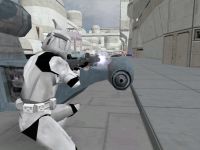 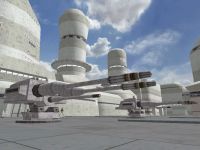 The Aldan Plains are a vast expanse of fields and prairies in Alda, the other main continent on Aldura. The fertile soil attracts a number of farmers who lead simple lives, shunning many of the technological advances of modern times. Although the region was once known for its beauty, months of fighting between the Republic and CIS has left the landscape scarred by blast craters and littlered with the burnt-out hulks of vehicles. 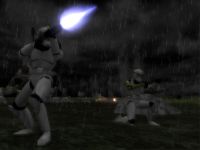 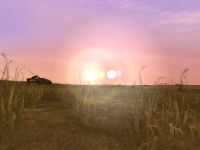 The Aldan Coast separates Alda from the great oceans surrounding the continent. Its features range from sandy beaches to rocky cliffs. The coastline is a prime location for military bases. Any efforts by invasion forces to establish a beachhead will prove to be difficult - and bloody. 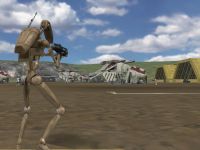 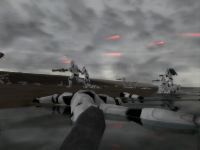 The capital city of the continent Alda and the entire planet. The CIS holds the city with an iron fist and directs the war for Aldura from the office buildings it has converted for military use. Any Republic units tasked with eliminating CIS command must wind their way through mazes of rooms and passageways defended by scores of droids. 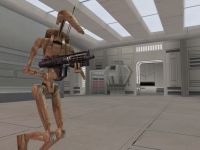 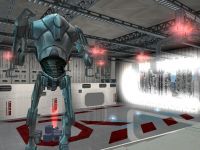 I love the diversity of the maps! Unfortunately, though, I have only SW: Battlefront 1...

Are you using random skies for the campaign? Nice job, by the way. ;)

No random skies, at least for campaign mode. I might add them for conquest, but I haven't done so yet. Random stuff can add a lot of variety, but I want each map to have a specific atmosphere, and random skies would take away from that.

Are you running Vista? If so, this might help you: