Airships 6.4 is out, incorporating observations and suggestions from the two festivals I recently presented the game at. This update concentrates on more spectacular graphics. Major changes include modules breaking apart into visible fragments and shots leaving trails and exhausts. Oh, and there is now a French translation, courtesy of the Airships community! 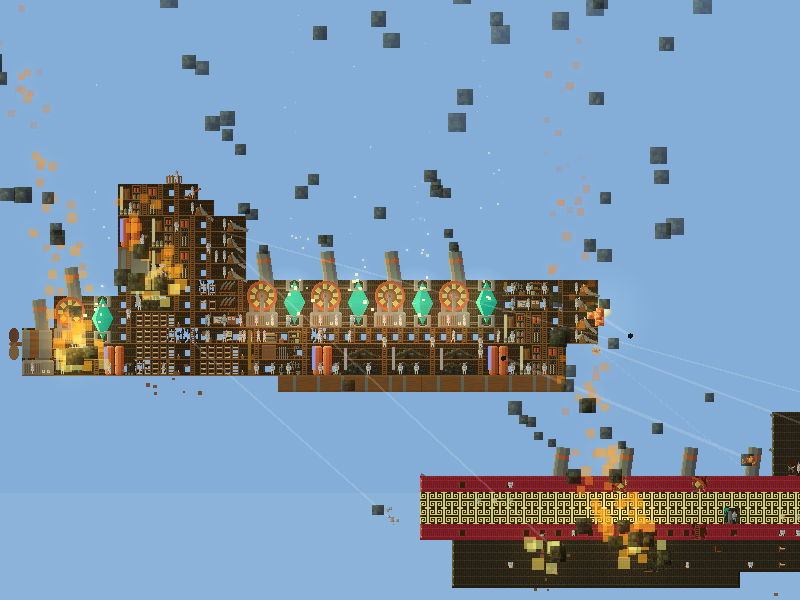 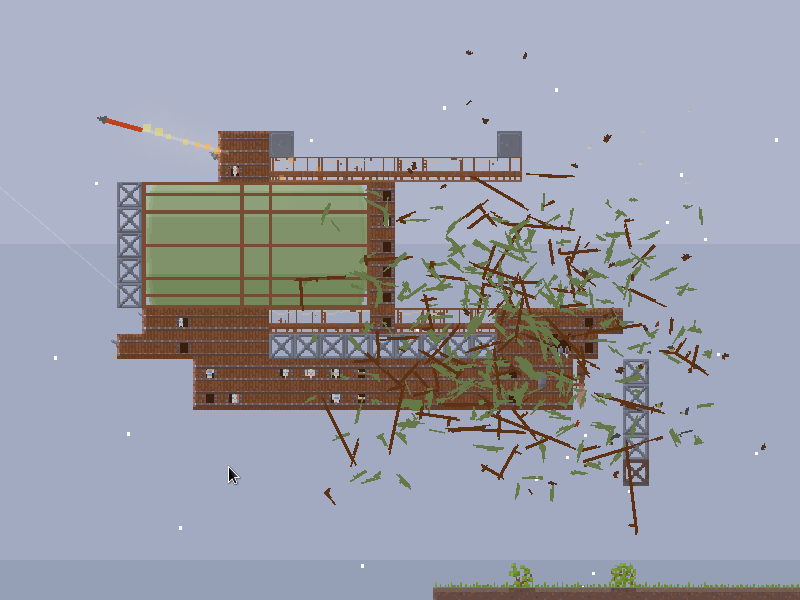 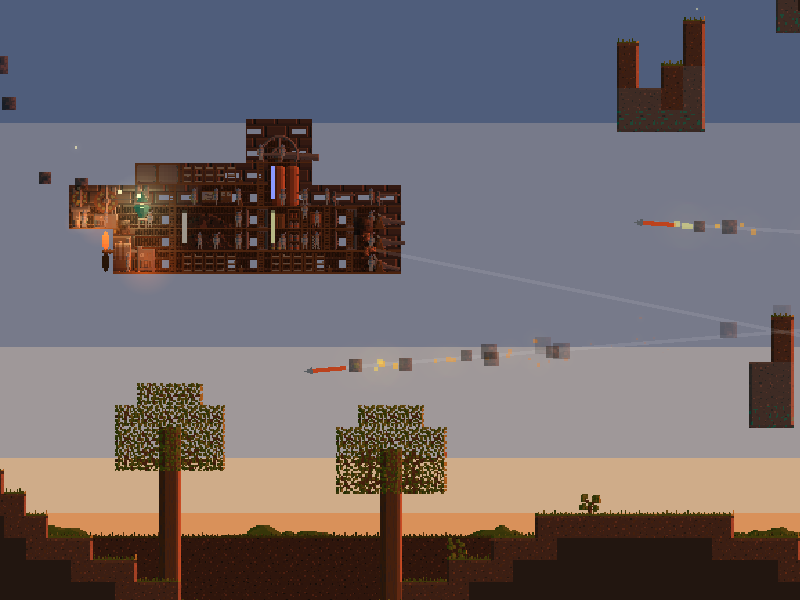 A small number of people on Windows have been unable to launch Airships. I've added a second launch option to run the game using the Java installed on your machine rather than the one shipped with the game. This may help you to get the game running. In other cases, the problem appears to be a lack of OpenGL support. Try updating your graphics drivers. Let me know if either of these fixes work for you.

Full steam ahead for Airships 7! Landships!