AI War: Fleet Command 7.0 is on the horizon! We'll be launching the game's fifth expansion Vengeance of the Machine alongside the latest and greatest version. We're opening up beta later this week for those who pre-order, and we have a very special announcement when we get there. Stay tuned! 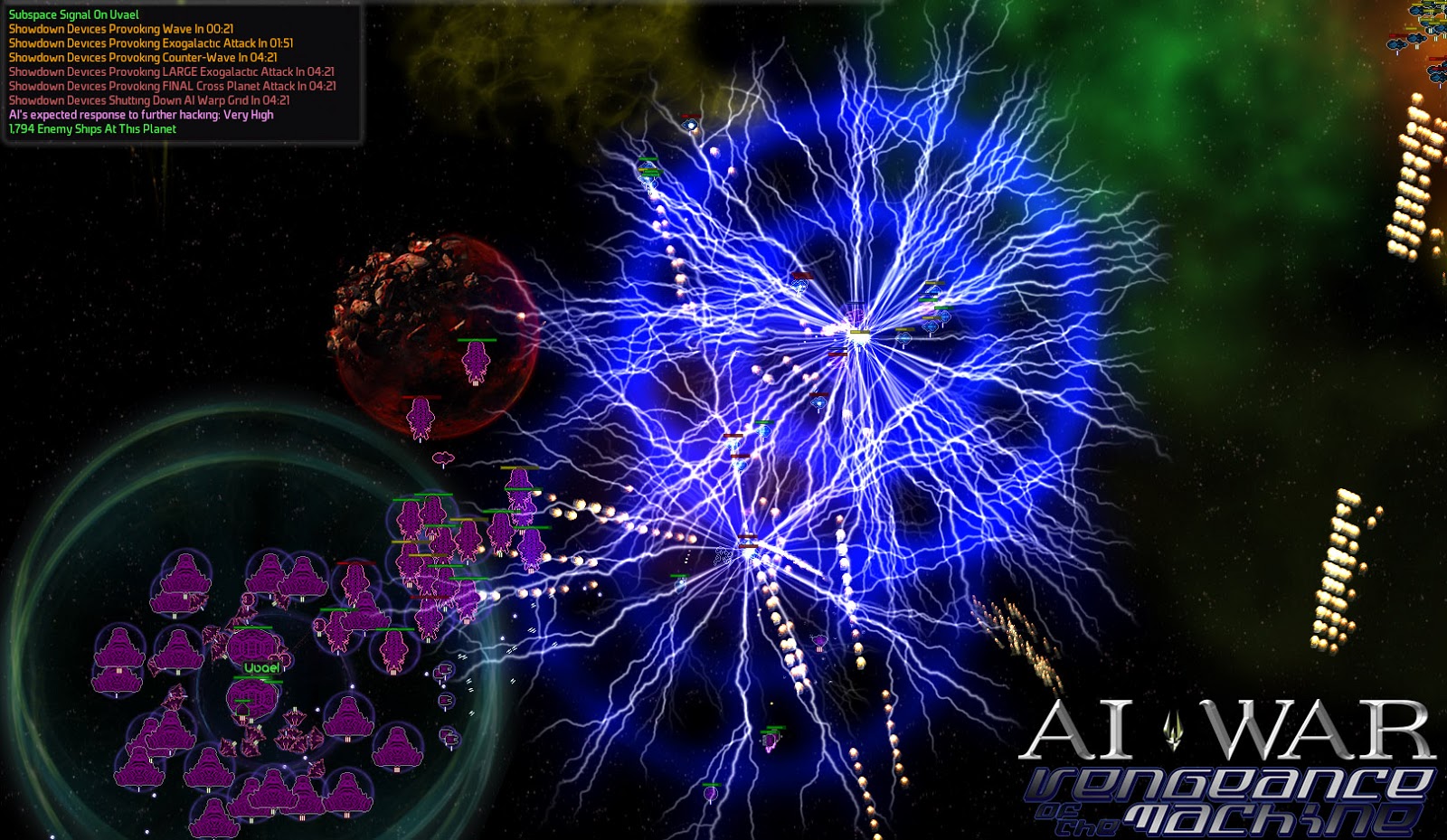 But the AI's gotten kind of upset. You might say Stark Raving Mad. Well, maybe not raving, it's really a pretty cool cucumber (preferring cryogenic temperature, actually). But somewhere along the way it decided you puny humans need more interesting ways to lose (or win, if you're one of those people, but who are we to judge).

As a result, the new "Vengeance of the Machine" expansion will officially release alongside version 7.0 of the core game.

Vengeance of the Machine offers new tools (like Core Turret Controllers) and a new frontal-confrontation victory condition (Showdown Devices) to the player, but focuses on enhancing the already-incredible variety of your main opponent: the AI. The possibilities grow exponentially with the addition of the new "Dual Type AI" system (ever wonder what a single AI player would be like with Thief AND Speed-Racer? Find out!), AI Planetary Subcommanders, and Dire Guardians. 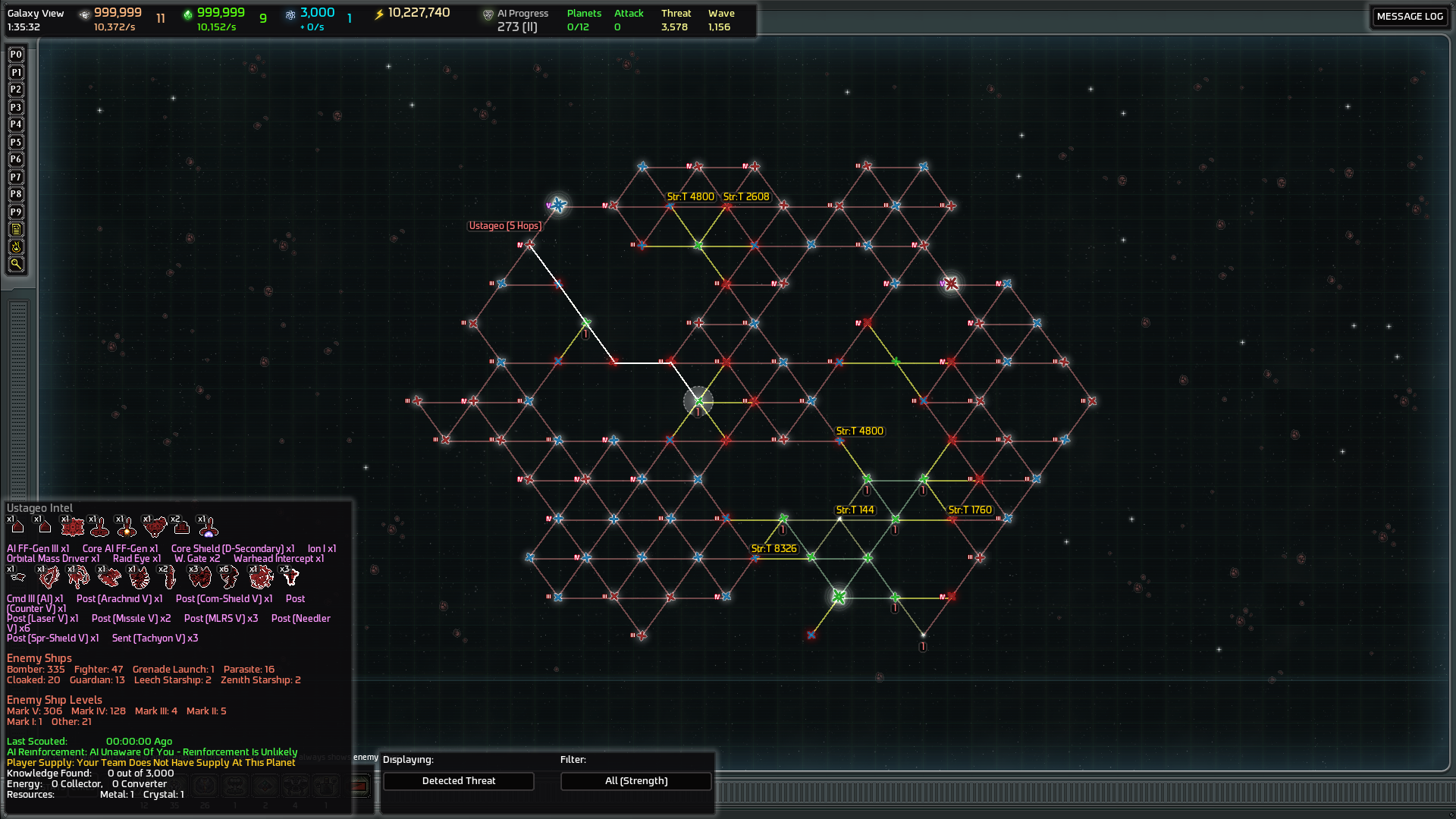 A more in-depth look at VotM can be found here. 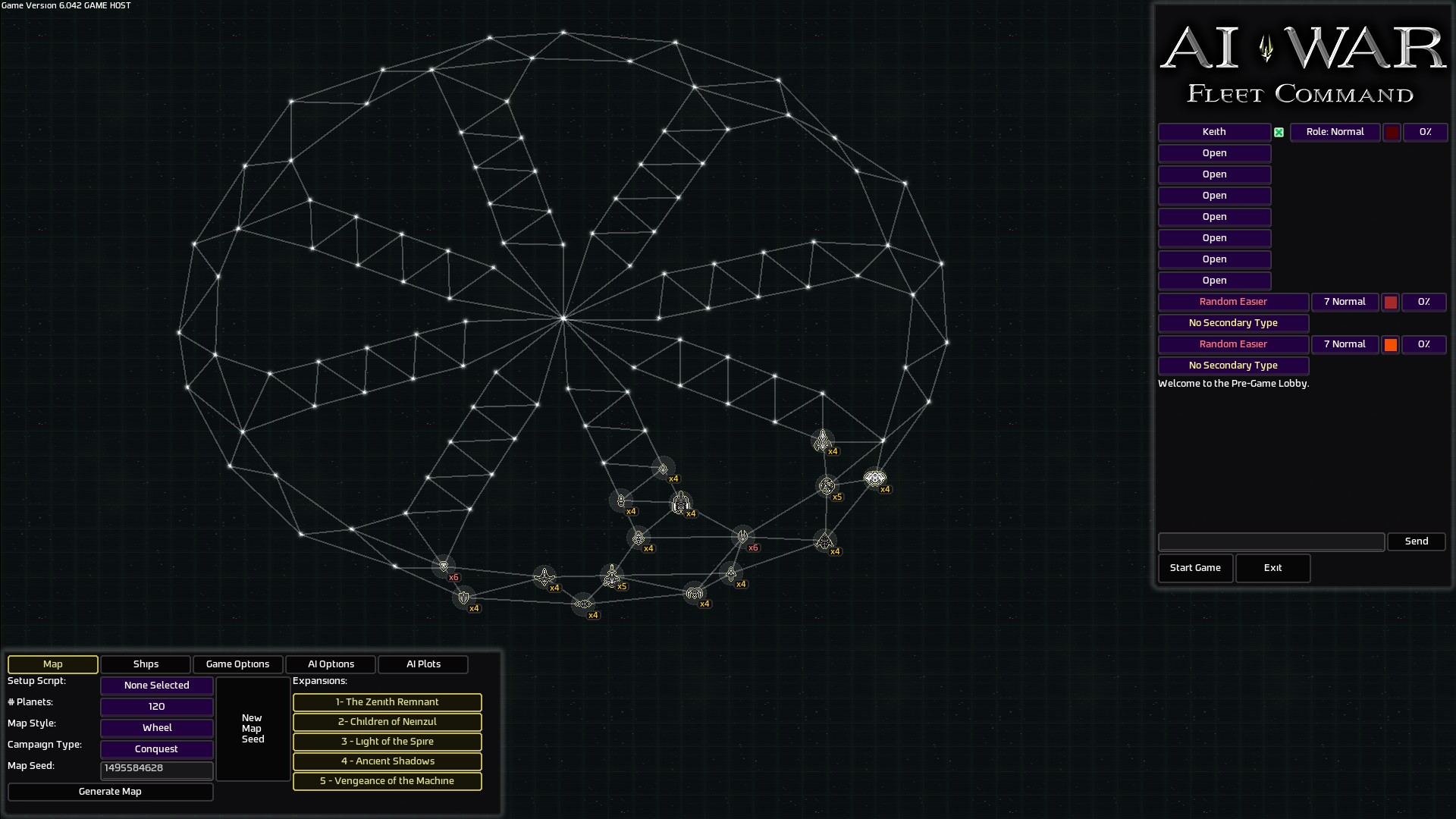 We've been running a private alpha for VotM with about 30 community members and it's gone very well (huge thanks to the testers!). In the next few days we plan to open preorders for the expansion, and anyone who preorders will get access to the public-beta of VotM. Anyone who preorders directly through us can email us for a steam key once the expansion arrives on Steam later in the month.

We also have a very special announcement to make when preorders actually open, stay tuned!