I have begun work on Age of Petty Kings 2.0 and, with your support, I can work on this FULL TIME (40+ hours/week) to ensure that it becomes the complete/polished mod it can and should be.

I am proud to say that, over the past week, Age of Petty Kings has been a major success and we are approaching 1,000 downloads as we speak! I have already begun to work on 2.0, and am confident that it will improve the game in almost every way. Thus far I have worked on: 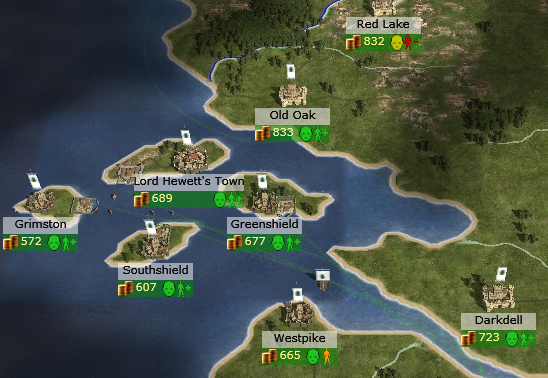 The changes to the campaign map will be augmented by nearly doubling the number of castles in the game, each one with unique houses (both lore-based and original). This will both add more variety, as well as allow players to maintain larger starting armies. I will also be creating many new recruitment regions (similar to how House Gardener recruits Osgrey and Ashford units in those regions), some of which could rise in revolt if you're not careful... 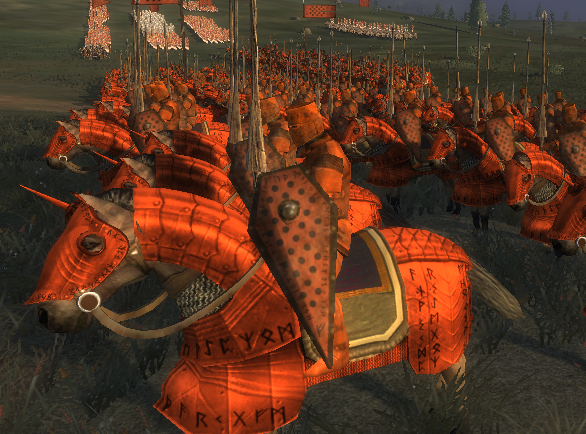 Due to time limitations, the 1.0 the rosters were a bit generic, with the same units being repeated over and over again. I will make an attempt to diversify these rosters by adding new unique units to liven up the rosters. This will unfortunately mean removing the provincial levy system due to hardcoded limits, but I feel that the unique AOR units will more than make up for it.

At the moment I am working full time but that only leaves me with 5-8 hours/week to mod. I have gathered some savings and, if I manage to raise enough donations to support myself for a time, I will quit my job and focus all of my attentions on making Age of Petty Kings 2.0 the best mod it can possibly be.

Here is what I will be able to include if I go this rout:

More Units: Unique AOR units in every roster, and much more variation of other regional troops.

More Scripting: Every faction will have both interactive and non-interactive events to both help/hinder them along the way.

Hireable Mercenary Companies: Similar to Call of Warhammer, these companies can be purchased by various factions and will provide their own unique rosters. Thus far I have settled on including the Banished 17th Ghiscari Legion, and Aemon the Exile's Valyrian Slingers (no dragons in Valyria just yet), along with many more.

Add Faith Militant and Crannogmen OR Night's Watch and Wildlings as Factions: I would very much like to hear your input on this. At the moment, hardcoded M2TW limits prevent us from including all four (though some people are working to fix that). The Faith Millitant/Crannogmen would be easier to implement, and would probably feel more “finished”, but including the lands north of the Wall would be pretty cool as well (I can try my hand at Giants and Mammoths, but no promises though). Either one of these options will require the removal of House Sunderland, but I doubt anyone will be in tears over that ;).

Rivers and Hills Sub-Campaign: For those of you who prefer bigger starting kingdoms, I can put together a sub-campaign that lets you play as the 8 major factions that existed around the time of King Tristifer IV.

More Previews/Community Events: If I'm working full time on this I will have much more to show for it, plus you deserve to know what you're getting. I will also try hosting a few Hotseats/Tournaments to tide people over while I work on 2.0

I will continue to put in 40+ hours/week on this mod so long as the donations/my savings permit, so the more you donate the more of these will appear in 2.0. Obviously the mod will still be free to download, so in the end you are paying for everyone to get more/better content in the final version. I greatly appreciate anything you can give and hope that together we can make Age of Petty Kigns the polished and complete mod it can and should be. Thanks,

Oh man, I would love you if only you could implement a Wilding faction...

But I already love you because this mod is awesome ^^

Thanks! Probably gonna to the crannogmen/Faith for 2.0, but the limits should get busted soon my the Memory Editing Project so I'll add North of the Wall in 3.0 (once I'm skilled enough to make convincing giants).

Wow!
You would really quit your job to work on this?
I would appreciate and love all the features you are planning, but don't bring yourself into trouble for your future life man!

I should be OK, as it will only be for a few months, but if I don't get any donations I may have to cut that short (I love modding, but I also need to eat :P)...

I would definitely like more faction unique units. Also maybe some faction or character unique traits and ancillaries.

What may be a cool idea for a future release (maybe 3.0 or whatever) is a new campaign time period, Aegon's invasion. I could probably talk it over with Kolwen from The Sundering mod to let you use the dragon models.

If you can get us access to those dragons it would be SWEET (maybe try getting the giants too while you're at it)! I would probably do a separate mod with them...

I can't guarantee a thing of course, but I can certainly try.

After reading up on some lore I think that implementing Faith Militant and Crannogmen would be the better choice.

Of course if the limit cannot be worked around it would be nice to have two versions for us to chose when downloading or installing the mod.

Anyways good luck this mod is great in its current state so once it gets more polished it will be an absolutely amazing mod!

Thanks! I'll probably do the Faith and Crannogmen for 2.0 and add more factions (Wildlings etc) in 3.0 once the limits get busted by the Memory Editing Project.