25 new Screenshots of various changes to our maps and a brief listing of many changes made to improve your gaming experience.

Posted by AgeofChivalry on May 3rd, 2009

Hey guys, Tibberius Bane here just letting you know about some of the stuff I've been working on lately. Me and the rest of the level design crew have been revamping all of our maps, from those that were least popular, to the good old favourites. Nearly all maps had significant adjustments made to them for this release.

In some cases it was purely aesthetic changes but for many maps, objectives, spawn locations and general gameflow have been adjusted and adapted to fit their layouts better. While the apperance of maps can add to the environment and enjoyment of the game, the main focus of the update we're working on right now is absolutely on gameplay.

This is something i will likely come back to several times as we go through the development and marketing process for this release, that we are striving first and foremost to improve the way the game plays and how the maps flow in this release. In a later blog i will touch on our new movement system and other gameplay changes that will drastically change the tactics that players use to fight and exchange blows. For now, we'll focus in on the maps.

Almost all of our maps had gameplay changes, whether it was making it easier to drop down from a wall to get into combat with other players or it was smoothing out pathways, adding objectives, adjusting spawn locations or just simple old bugfixing, all of the changes have come together to make our maps into something we really feel like we can be proud of. I'll briefly list some changes and post some screenshots, but keep in mind, just because something isn't mentioned or in a screenshot doesn't mean it hasn't been addressed or fixed!

Darkforest:
- Made several ways for defenders to drop from wall without damage
- Moved final mason spawnpoints forward so you no longer drop into the well after spawning

Westerlyn:
- Changed gameflow to be more linear, and reduce traveling distance. Tavern cannot be reached before townsquare is captured and agathians begin the map spawned at the townsquare

Overlook:
- Removed back hallways
- Changed capture area and made flags display how many have been captured in overlook
- Added control point on the bridge, capturing results in a forward spawn, point can be recaptured by other team

Firecrag:
- Added control point on in the middle island, acts as a forward spawn, can be recaptured
- Adjusted lighting to be brighter, smoothed and fixed many pathway and lighting issues
- Added second side-way in to each temple

Sorrow:
- Removed roof on ram and adjusted ram pathways to no longer get stuck on player in many areas
- Forced respawn after gate is broken to prevent players from "frontrushing" the statue
- Big lighting adjustments to be more appropriate to the games mood and atmosphere
- Fixed occasional heavy lag when statue breaks

Monastery:
- Smoothed many pathways and routes up the cliff and hill

Siege:
- Made side ram route wider to allow for more room to fight
- Fixed issue where masons could sit in well water and kill agathians that landed on them

And plenty of other changes that are escaping my mind at the moment but anyway enough text, here's some Screenshots for you! :) 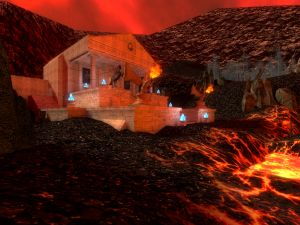 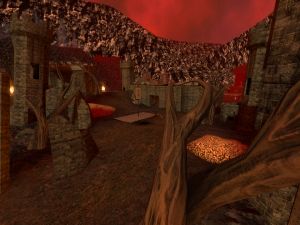 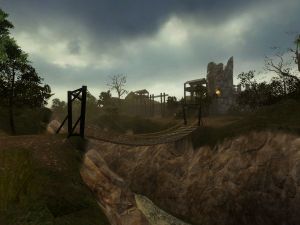 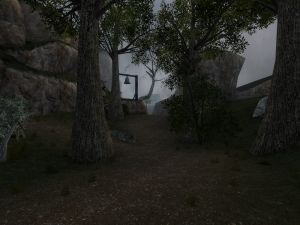 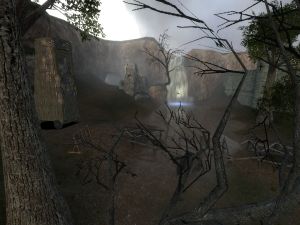 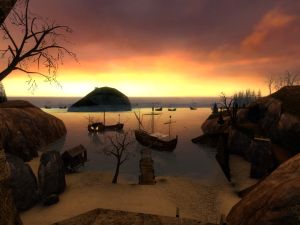 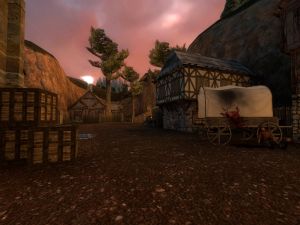 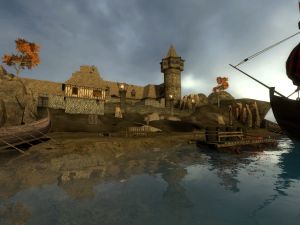 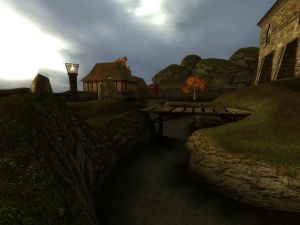 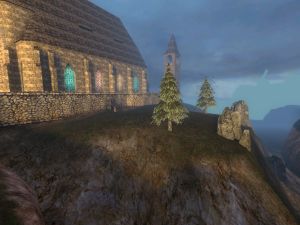 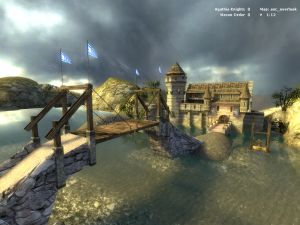 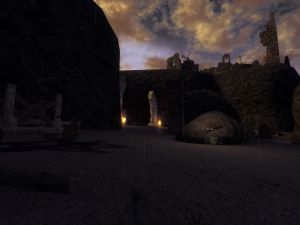 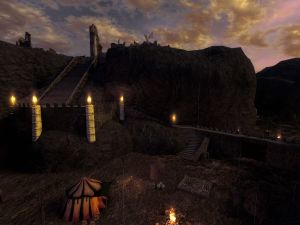 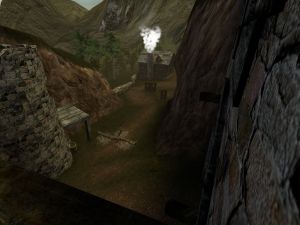 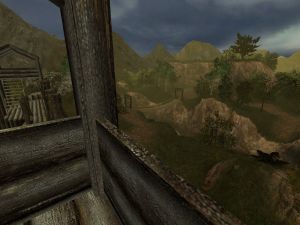 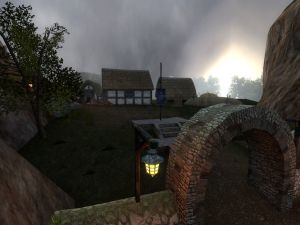 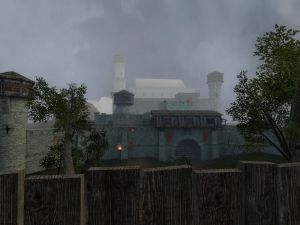 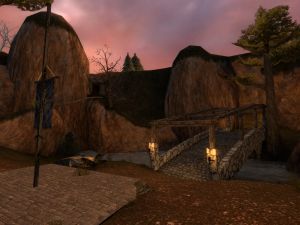 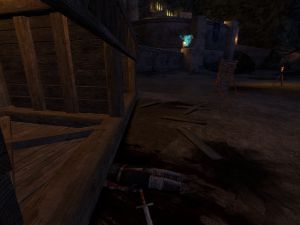 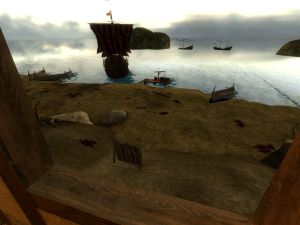 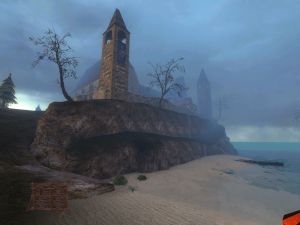 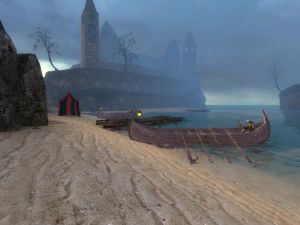 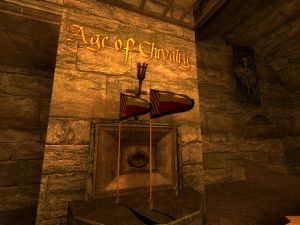 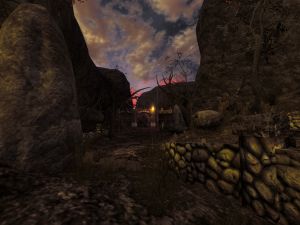 Lookie here, you even get a sneak preview of a new map we have that's a Work in Progress! 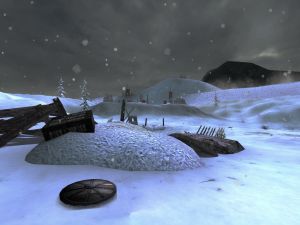 Look for this update to hit steam late may or early June!
Comments

Very cool, looking forward to it.

So glad to hear that the maps are being fixing. Some of them had some shocking mistakes and it's surprising how often they ruin a game. So good on ya's for putting in the effort to improve the maps.

Sounds like you're on top of everything, but I have one thing to add. Sometimes there are spaces that look like you can fit through but you can't, due to the space being just a couple of units too narrow. I noticed this in the spawn on the beach in Monastery (that's the one where you take loot to the boats, right?). It's frustrating because sometimes you just waste time taking a route that turns into a surprise dead end, but it's most frustrating when you're in a battle and you're looking for an escape or quick route, only to end up being raped in a corner that shouldn't be.

So please make spaces like this either obviously narrow or obviously wide, so they can be judged from a distance. Anything in-between causes confusion and frustration in gameplay.

There should be balancewise Optimizations instead of making the level-design even more perfect as it is at the moment.

Yes, should have mentioned a ton of work has been done in terms of optimization in many areas of the game, not limited to just the mapping department but also code streamlining, polycount and LOD adjustments in the models and a lot more. In addition there will be several new options available to the player in our new "aoc options menu" which will allow you to further adjust the game to perform better or look better depending on your preference.

Hate to be "that guy", but when can us mere mortals expect to get our grubby gauntlets on this?

You must have missed our fineprint; "Look for this update to hit steam late may or early June!"