CR1, 1.3, Heroes and Legends Expansion, whatever you want to call it, its a massive update to Age of Chivalry and its here now!

It is a dark and cold night, for a moment lightning flashes in the sky and thunder rumbles in the distance but you are not afraid. Nature’s roar is outdone only by the sounds of battle all around you, swords clashing and death screams reverberate through your ear drums as the very ground beneath you shakes under the force of the enemy's siege weapons, but you are not afraid. Your foe is assaulting with a relentless tide of soldiers and many of your men have fallen. Blood soaks your armour and flesh, some of it is your brothers, some your enemies and some of it is your own, but you are not afraid. You are not afraid, because you are a warrior, because you are brave and because you will hold the line, even where others fall. You are a hero, one of whom many stories shall be told. You have never forgotten what your father told you, that men are born from women, but they are made in battle. You will hold the line, you will conquer your fear and you will raise your sword in glory and victory at the end of this battle. For you are a hero, and from man are heroes born. Now go, mighty and brave solider and let loose your wrath upon your enemies in the name of our lord and king!

Age of Chivalry, Heroes & Legends is a massive update to the widely popular Half-Life 2 Medieval mod, first released on steam in October 2008. The game is a first person medieval combat experience that revolutionizes the genre of FPS games by thrusting the player into the middle of medieval battlefields complete with swords, armour, bows, catapults, siege towers, massive castles, sprawling outdoor landscapes and up to 32 player online battles. Feel the excitement as your enemy thrusts his sword at you forcing you to turn it away at the last moment with a parry, before landing a swift counter attack to the base of his skull, neatly separating it from his shoulders in spurt of blood and a death gurgle that will shock and thrill you to the bone.

In this update the gameplay gets faster, more intense and much more skill oriented with players exchanging blows and parries at a fast pace forcing players to make exciting split second decisions. The new hit detection system is rock solid and gone are the frustrating days of missed swings not registering. Now you can track your stats and achievements with the support of steamworks, making each and every kill even more glorious. The game’s gore has been taken to a new level, adding to the decapitations the game now also features blunt force head explosions, new directional blood splatter (inspired by the movie 300), improved decapitation effects, projectiles that stick into your foes and the repulsively beautiful catapult explosions that turn your enemies into little more than bits and pieces in an explosion of blood that is sure to satisfy even the most barbaric of our fans. This is the release that takes the game to the level of potential it always had and the new gui and interface welcomes you to a game that has been much changed.

- Brand new advanced hit detection system that is accurate and reliable
- Support for Achievements and Stats via Steamworks
- All new GUI, HUD and Interface
- New QuickTip entity ensures you always know where to go and what to do for objectives
- Five new maps:
o aoc_monastery
o aoc_sorrow
o aoc_firecrag
o aoc_westerlyn
o aoc_invasion
- New siege weapon, the Ballista
- Blunt-force head explosions
- An epic sound overhaul that allows for thousands of impact varieties that truly allows you to feel the weight of your weapon
- Split the three former classes of Archer, Footman and Knight into 9 new distinct and different classes: Longbowman, Crossbowman, Javelineer, Man-at-arms, Sergeant, Guardsman, Crusader, Knight and Heavy Knight.
- Directional blood splatter and improved gore effects
- Catapults now shred players they kill into bits
- Parry and blocking speeds made faster on all weapons
- New 3rd Person Longbow Animations
- New loading screen tips that help you improve your skills
- New Level guide section to help you understand the new maps and get background story information on the land of Agathia
- New movement system that encourages players to stand and fight
- Projectiles now stick into enemies bodies when you hit them
- Slow Health Regeneration while player is not sprinting, attacking or blocking (similar to COD 4)
- Overall increase in stamina
- Massive amounts of tweaking, fine-tuning, optimization and bugfixes including notably:
o Fixed odd delay on weapon attack animations
o Improved FPS on all maps
o Fixed Siege Tower Ladders
o Changed functionality of oilpot to be less spamable
o Introduced “Traveling Time” (when you spawn sprinting won't consume stamina for a time period or until you make a combat action) to allow players to navigate maps faster and spend more time in battle.
o Changed shield blocking system
+ A completely uncountable number of other changes, adjustments and fixes. 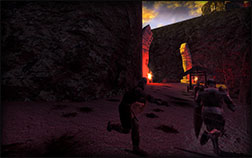 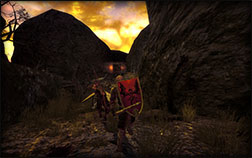 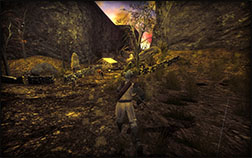 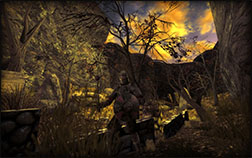 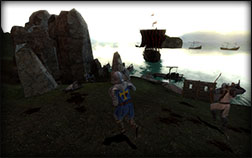 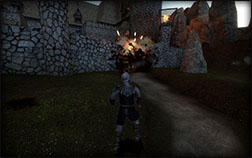 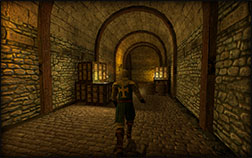 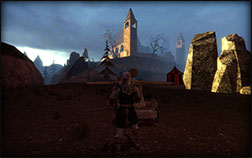 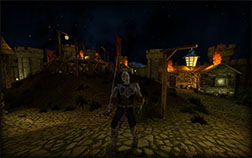 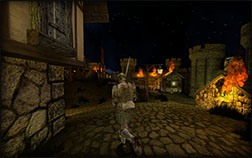 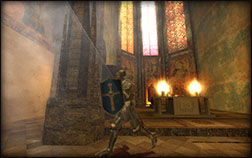 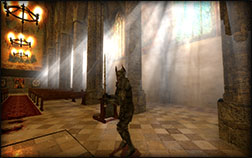 Team Chivalry is currently recruiting animators and 3D modelers to prepare for the exciting ideas our team has generated to add to the game in future content releases. This is a great way to gain experience as the team has been around for a while and is very stable and active, all interested applicants should send an email to jobs@age-of-chivalry.com

Age of Chivalry is a first person medieval online game being developed by Team Chivalry, you must own a copy of a source based game (HL2, TF2, DOD:S, CSS, L4D etc.) and have an active account on steam to play. The game itself is entirely free, so why not check us out on steam!

Travelling Time is a great idea, though it should also be disabled if you get hit. New maps & extra Gore! "New movement system that encourages players to stand and fight". Oh noes ?

So much more exciting than that scout update. Which, in fact, emptied a large amount of Sourcemods servers.

This is what I was waiting to start playing this great mod again!!

When are you guys going to make a colosseum map? This mod is crying for one :D

I waited for this for so long... THE TIME HAS COME!

"Introduced “Traveling Time” (when you spawn sprinting won't consume stamina for a time period or until you make a combat action) to allow players to navigate maps faster and spend more time in battle."

Hmm, I am interested in finding out how this works out.

does it have any rpg elements?

What a disapointement. Terrible update.

It divide fps by two.
It makes all servers lags to the point it's not fun at all.
It unbalance the gameplay and make it noob friendly and not challenging.

I have to say, I've just fired it up and connected to the server with the lowest ping and still this release lags like f*ck. I'm hoping you can eliminate the problem with a hotfix in the next week or two. Sadly, I won't be playing much more until you do address the issue.

You folks need to find a way to stress test your betas before you put them out on public servers.

I need to stress-test my comments. I've been playing on other servers and it's not quite as bad, now. New church map is epic, well done on that!

Awesome release, played it and enjoyed every aspects, especially the gore and new maps. Excellent gameplay too, love it!

having a great time with no lag or stutter....

I'll be playing this tonight you can be sure of that.

so did this fix the massive snow lag on that castle map *dont remember the name. When ever i was outside around the snow, or looked at it from inside a building I got like 3-4 FPS no matter what.

For some reason im lagging a lot on this release =/

Also, there are some servers runing with no anti-tk punishment, wich is kinda lame, half of my team was attacking teammates instead of doing the objectives, i changed team's just to release the other team was even worse.

Would realy like to see some kind of built-in anti-tk system. (like if you hit more than 3 friends in a small amount of time you will be kicked/banned.

Freaking FANTASTIC! My pc isn't all that good so the fact that you have optimized the maps is great great GREAT news for me, making my AoC experience even better than it was! Not only that but all of these amazing new features, cheers lads! Cheers!

Nice update! I had a quick run the other day and enjoyed what I played.