New update of Adventures of Flig is available for android, ios and windows! 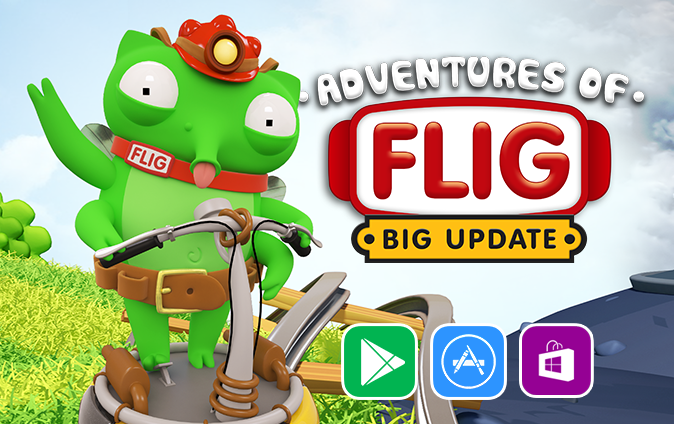 After a long time of the development of “Adventures of Flig” and the long-awaited publication in 2015, I was vexed to watch how game goes to the bottom of Google Play. In general that was our inexperience in game development. Players who downloaded the game had to download additional 600Mb content. It was taking a long time and sometimes it was breaked. After that players met a ton of bugs that made the game impossible.

2 years have passed since then and I have learned the Construct 2 and have released a new game “Heart Box”. I decided to return and fix all bugs and tell Flig’s story anew, as originally intended. The game was completely remaked. Development for the 3 mobile platforms took about six months of my working evenings, because visual content was mostly ready. Today I am glad to present you a new improved version of “Adventures of Flig”! Have a good game!

▶ The size of the game has decreased by 6 times – from 600MB to 100MB!
▶ Added support for devices based on x86 processor architecture for android
▶ Added mode for 2 players in air hockey
▶ Added 11 achievements and 2 leaderboards
▶ Added 3 difficulty levels for air hockey in single mode
▶ Added 2 controls options in labyrinths
▶ Added device vibration
▶ Completely redesigned game interface
▶ At the levels of runner, Flig can now jump over obstacles!)
▶ Added ammunition counter on the levels of air hockey
▶ Added temporary Shield in Ranner and Air Hockey
▶ In air hockey, opponents can defend themselves
▶ Many other improvements