Hi! We will be releasing build 1.02 soon so I decided to put together a small preview of this build! Have a look!

Posted by thejamesanderson on Jun 26th, 2015

Hello we have been working non stop to add some final content to the Pre Alpha build, turning it into Build 1.02. We hope to release it very soon! This will be the last update before we release our Early Access version of the game on Steam in the next coming months. There's a HUGE amount of new stuff that has gone in. Way too much for one news post, so If you would like a preview of the full changelist for 1.02 you can view it here!

One of the biggest additions for build 1.02 is the introduction of the first "boss" character, the "Goblin Gorger"! He is the first of many very powerful monsters that you will encounter in the game. You will find him inside an updated version of the goblin camps and rarely roaming around in some other areas.

Note: Existing Goblin camps from build 1.01 may not be updated when this build goes live so you may need to search for new Goblin Camps around the map or import your existing character into a new game.

Defeating a Goblin Gorger is quite a challenge! He has a powerful stomp attack that can stun you if you get too close, as well as a spit projectile! Not to mention that huge crowds of goblins live in the camps as well. You will need to be well stocked with weapons, ammo, acorn mines and plenty of cups of "Hot Coffee" (an item that cures Stun) if you hope to kill one of these behemoths! 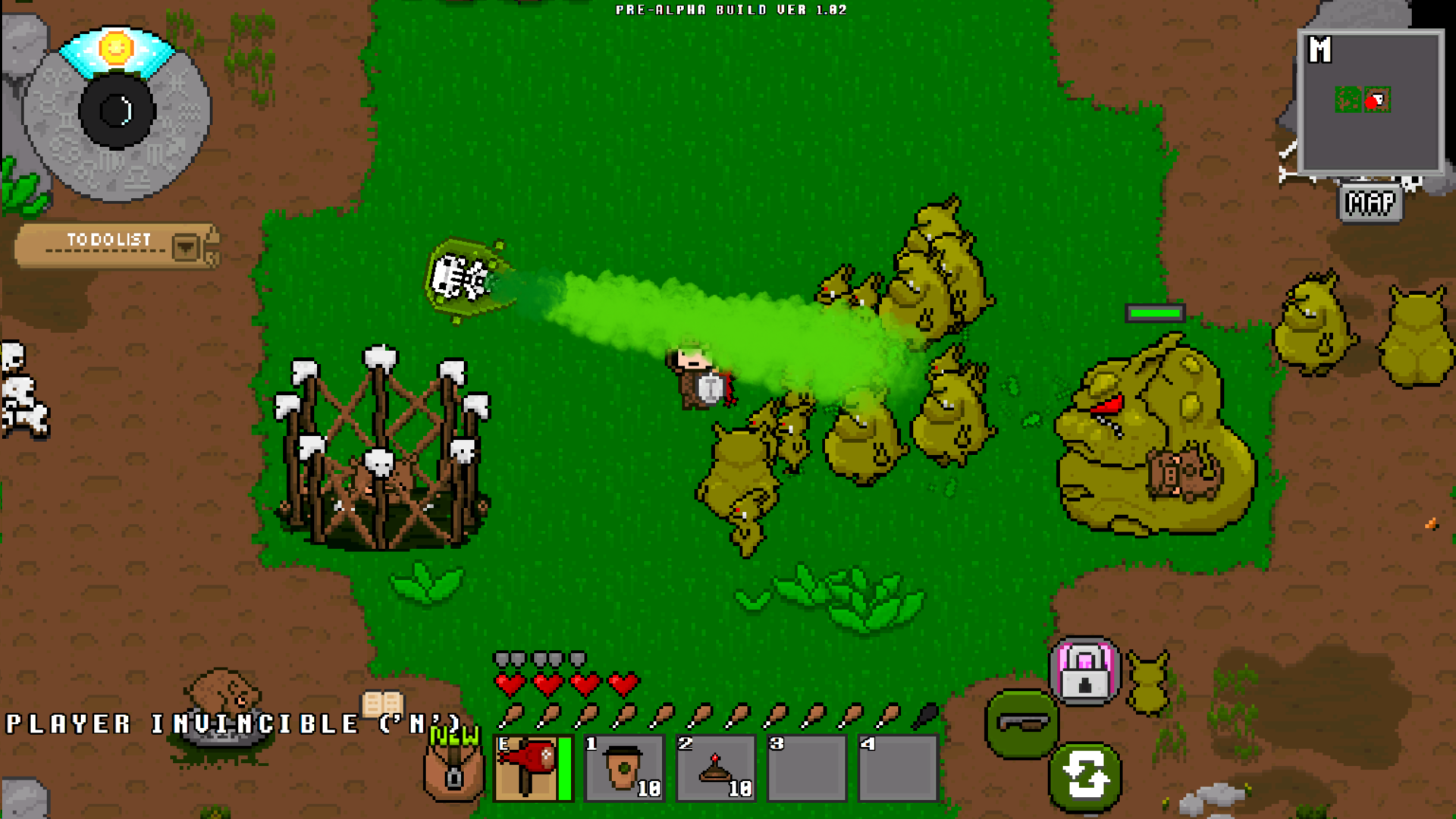 He's the fat one... The really fat one. Defeat the Gorger and there is a high chance that he will drop a really cool rare blueprint for a powerful weapon.

The Goblin camps themselves have also undergone a "renovation" to accommodate their new resident. The object layout has changed and there are new objects and loot to find within the camps. We have also added new scenarios that can occur within the camp so that you never quite know what to expect when entering one. You may find the goblins at war with Giant Boars or the creepy Boarmen army who like to attack at night!

I have also spent some time updating the undead population of the game. I was getting really tired of seeing the same old zombies all the time, so I added 10 new zombie types to the game. In addition to the new "standard zombies" you will now also find some special zombies that drop loot to craft special weapons like this giant cleaver that this Chef Zombie is coming over to kill me with. 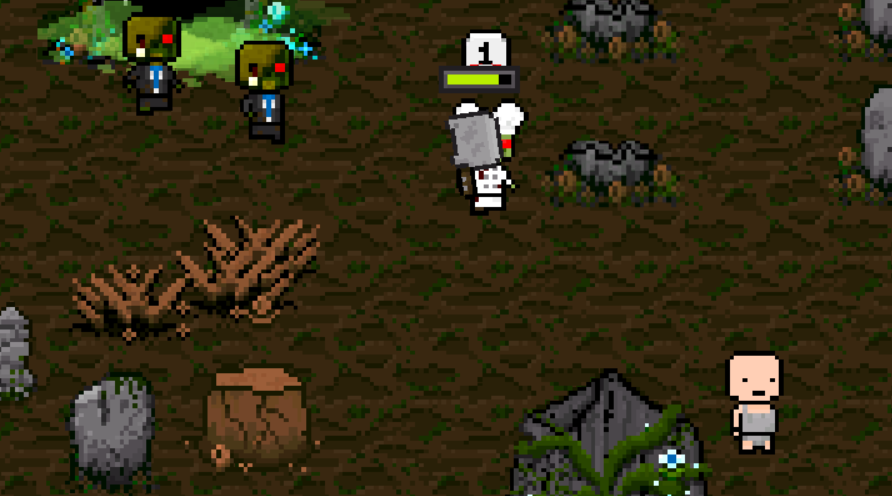 There are also a bunch of new weapons in build 1.02. One of my favorite new weapons is the Righteous Water! It's basically a Molotov cocktail with a cooler name. Throw one in a crowd and watch the fire spread! 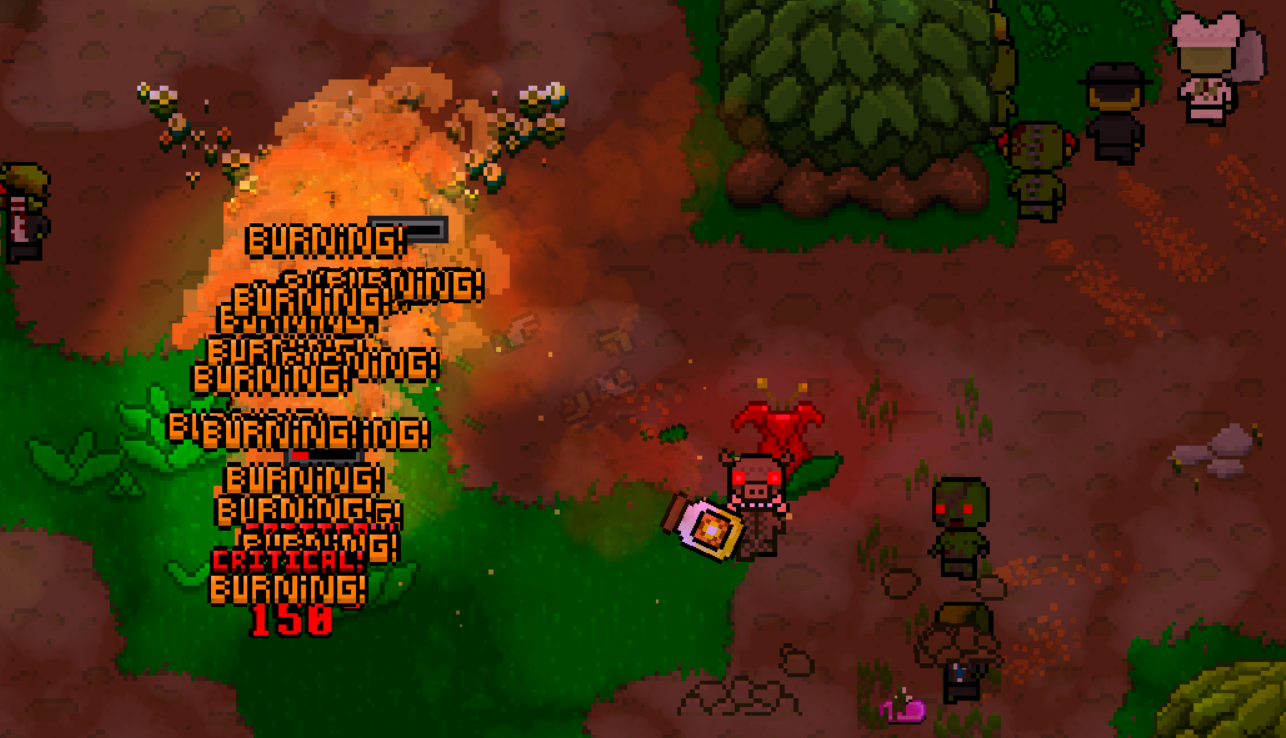 We have also made some small changes to how some of the graphics are rendered which has improved the way that our soft particle stuff looks. Here's an example of the blue fog that comes out of a Taker Gate! Pretty!

These are only a few examples of all the cool new stuff coming in Build 1.02! What do you guys think? Please let us know in the comment section!

If you would like to stay updated about Adventure Craft you can...

follow me on Twitter @iENDERi or visit the official site for the game. www.adventurecraftgame.com
If you like watching Let's Plays please help support our growing community by liking and/or commenting on this video!

The game is amazing , but i have a problem. I farmed at least 150 of those aquatic monsters but i didn't get any blueprint for that special water armor. I also farmed many of those dangerous monsters that appear at night through dark clouds or dark portals , i basically farmed a lot of every mob in the game but no blueprint . Can you at least tell us the recipe for it? I really want that armor!

Sorry , i just noticed you replied to the other comment. Well i guess i farmed all that time in vain XD no problem anyway :) The game is amazing man , i can't wait for the update! You are doing a great job. I love the game.

Hey thanks! I'm really glad that you are loving the game! We really appreciate the kind words.