Hello everyone! It took me a while, but im back with another update regarding Abyss Raiders.

As i want to start releasing test builds as soon as possible i made a little "to do" list and im trying to mark few things off it as done every week. Lets talk about first importantant feature i managed to implement as its important to every game:


Let me explain what you can see on the included screen. Menu consists of several sections and as you scroll through, them their controller is created and background scrolls to coresponding section of the ship. For example as our heroes spend most of their time when not on mission in Lone Invader inn where you ll be able to see your unlocked heroes and pick one of them using gadget whitch can be see in the right section of the screen, displaying basic hero data, like hero name, class and current level. 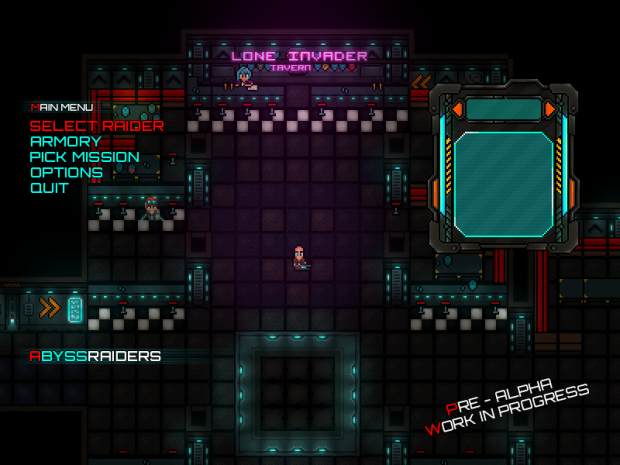 When you select the hero you can head over to armory to spend your talent points and customize your hero. Pick mission will take you to the command bridge and its the place from where you depart in to the action and options ll take you to the ship engine room.

Menu still needs some polishing and what you can se is not its final form, but i have core of it and most difficult part whitch was talent tree ready and working. Still have to work on hero selection gadget and mission picker, but i ll leave that for time where there ll be more than one hero and more than one mission to chose from.


Yes, i did not think i ll implement any kind of light engine when i started works on this game, but as im getting familiar with game maker i decided to go for it and after couple of hours full of desperation, anger and tears a bright moment finaly came and suddenly i understood how surfaces in GM works!;-) 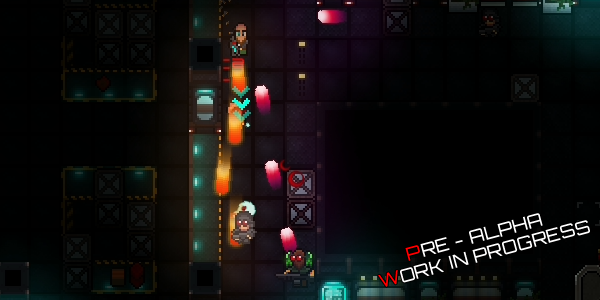 It enhanced visual quality of the game greatly and while its not true dynamic light system it suits my needs perfectly. I can assign objects light and its properties really easy now. The lights can pulse, flicker, have different colors, can even adjust darkness and light intensity any time, even during the level and all that with minmal impact on performance as the game still sits stable at 500fps.

In my opinion this surface based light system was worth the one afternoon long struggle to understand the system and make it work as it added much needed atmospehre to the game.


Yes, the game evolved during playtesting and perks whitch can be selected during the mission each time you level up are gone. The game plays really fast and i found it annoying that the game pauses every other while, each time you leveled up asking you to select perk. It was realy disturbing to the gameplay and thats why perks were replaced by pernaments talents and proper talent tree was implemented in to the menu system. 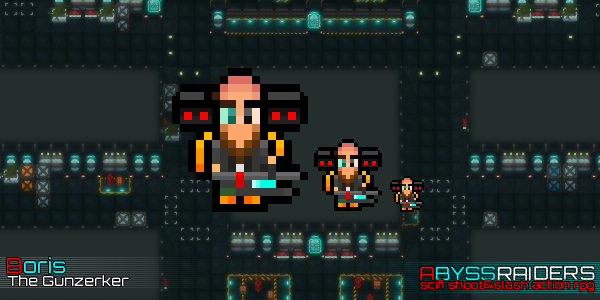 Now it takes much longer to level up (still should not take more than hour or two to level cap one of the heroes),but you keep your levels pernamently. I think its much better solution as the gameplay is uninterupted by some stupid pop up menu and element of pernamence and forming of your character to fit your gameplay style is still there. On the screen you can see new appereance of Boris with most of his skill points invested in to brawler skill tree where end talents provided him exo suit and replaced his rapid fire skill with shoulder mounter Typhoon missile launcher.

Thats it for today. Still a lot of work ahead, but im working hard to prepare polished playable build asap so you can expect hearing from me again quite soon.