What's new, what needs work, what's ahead, and when will the game be out?

It's been a while since the last update and a lot has changed since November. Game graphics and game-play are just about fully polished; just a few tweaks and add-ons here and there. Sprites for bullets, clouds, and inter dimensional beings have been replaced with particles; more particle effects have been added throughout to create a stunning and enjoyable to watch game. Asteroids have been rendered up to one hundred frames for smooth rotation and uniform appearance while planets and large celestial bodies were given a soft glow. These are just some of graphical improvements and still more to come. Game-play advances have been focused on making the player more aware of what's happening and adding to the possibilities of what the player can do. 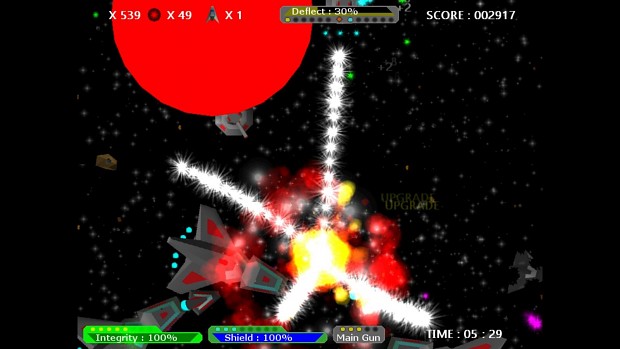 For play testing the game hundreds of hours; symbolism, heads-up display alerts, and field texts prove not to be enough in the mayhem that can occur, so, tracers have been added for power-ups and upgrades. Main game mission objective objects have been labelled in the heads-up display and brief pause for a death animation. 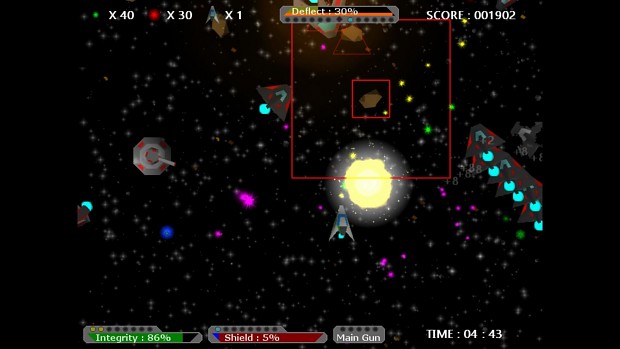 Torpedoes are now homing shots giving you a guaranteed target hit or elimination, which ever comes first. Targeting is automatic to the closest available target on the heads-up display. A new area of effect weapon has been added; for some areas of the game may be so overwhelming that cannons can't do the job. Introducing the 'deflect blaster'; deflecting projectiles will charge your blaster, once charged, use your designated control to unleash a wave of destruction and deflection. The heads-up display has been modified to support this special weapon; colour coded orange. 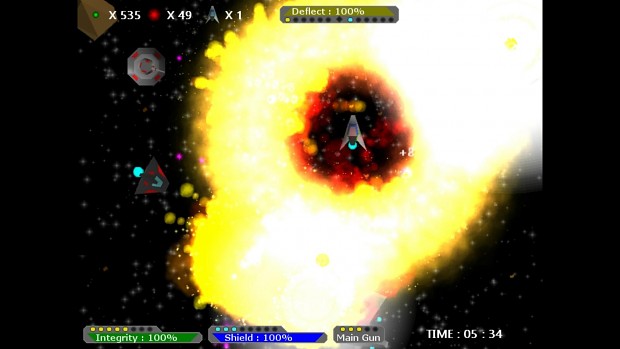 A new arcade mini game, Seek and Destroy, has been added. Seek and destroy training targets in the darkness. Don't let any targets get past you while an endless fleet of annunaki ships try to stop you. The screen wraps left and right; and there is no limitation on power-ups. Compete for the best score and/or targets destroyed.

While all the levels and cut scenes are just about finalized for the main game, there is still much development ahead. Many tweaks and modifications to the story, voices, and sound effects are needed. More music needs to made for each level to help generate the feel and tie into the story. Another mini game has been framed for building. The training level has to be modified to accommodate recent developments. Once the game is right, the on-line portion will be fully implemented. Although this is not every detail, it's safe to say Aberration will be out this year, 2015.