‘Insection’ is a first person shooter (FPS) in which you join a rag-tag crew of ex-military adventurers, working on various black ops for money, glory and the thrill of the hunt. Inspired by Sc-Fi action films, ‘Insection’ throws you into a dark, but explosively vibrant universe filled with corrupt corporations and an alien species that will rip you apart. A classic tale of people rising up to the occasion and kicking ass when the odds are stacked against them. The core of ‘Insection’ is killi 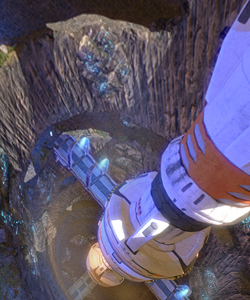 After the end of the Final World War (FWW) mankind was under the rule of a Global coalition government.Typically solving their problems as humans do - with missiles and drones - from the rubble, mankind rebuilt and with renewed vigor started spreading around the universe.This initiative was supported by all nations and the newly formed global government - known as the ‘Global Coalition', the result of a worldwide attempt at reforming a civilized society. The earthling's first migration headed towards the first planet that was similar to Earth (later known as as New Earth, Second Earth and finally Terra Nova, as it was established).The Earth was renamed and now is known as First Earth and her government is known as FEC (First Earth Coalition).Of course this political and social status didnít last long. As the Earthlings were expanding around the universe, many seeked their Independence from the FEC. A new dispute rose between the FEC and now the ‘Independent Planets Alliance' (IPA).This ‘war' is known to some as Rebel Outbreak, ‘The Purge' for others, or simply ‘Revolution' (the losers are commonly called ‘rebel scums'). For better or worse, this conflict ended with the FEC on the winning side.Soldiers and military personnel, born and raised in war, with conflict being their breakfast, supper and dinner are left in a stall as the war subsided. Luckily, for them, the expansion of the human kind through the universe created new job opportunities for them. 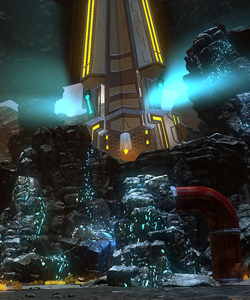 Some tried their chances to have their fair share of the new ‘American Dream', doing every-day jobs. Others - as our team - are still hungry for action, crazy challenges and a lot of cash.They take any kind of job and they're pretty lucky since their ‘occupation' is now pretty much a necessity as a new species of alien insects has appeared and are quickly expanding and infesting planets of the FEC.

Due to the infestation, trade, space stations and even planets are facing problems related to the increased bug activity.In many cases the FEC prefers to leave whole planets and their citizens to die a cruel death, avoiding to provide enough funds to rescue them, losing control over the infestation more and more every day.Of course, as we later find out, the alien insects didn't reach that level of intelligence and didn't achieve interstellar travel by themselves.The involvement of Omnia Industries in the Insecta's evolution - after the discovery of the Ionium rich Insecta homeworld - had a major role in how the species progressed and spread throughout the universe.