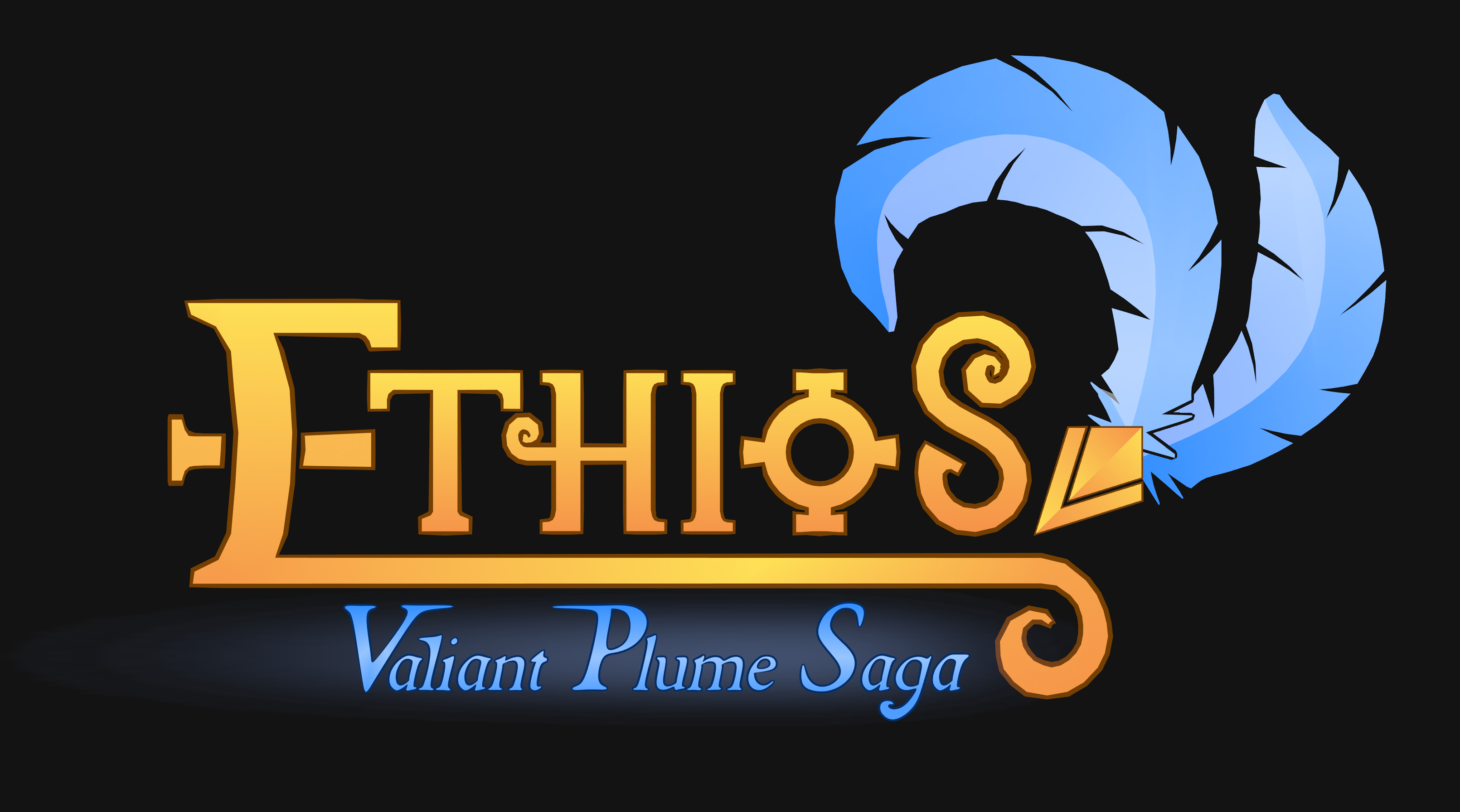 There's a name change afoot! I've decided to leave the story I've been working on for another one set earlier in our heroes' lives- this one is far less expansive, and should take much less time to make.

So, since Key of Ethios hinged on the story for the "Key" portion, I've gone with a more overarching name for the game! Our heroes form the hero band Valiant Plume in the world of Ethios- thus Ethios: Valiant Plume Saga!