Over at FW:ToW, we've been busy pushing the boundries of the Freelancer Engine. Two such Developers, Qi and Solostaran, who brought you monstrous the Kuat Drive Yards (KDY) have done it again by creating Mon Calamari Shipyards!

One of the biggest problems in Freelancer is the lack of enormous space objects. Mostly, this was due to the arbitrary hard coded limits in the Freelancer Engine. However, over at FW:ToW, we've edited many of the hardcoded values to put in a more realistic feel into the mod. As I've mentioned before, systems sizes now are, approximately, over 1200km in length - compare that to 250 or so with standard Freelancer. Planet sizes are 10x what they used to be with average planet dimeter being around 50-60km, or in the gas giant cases, 250km in diameter - bigger than some Freelancer systems! With these larger systems, it gives us much more room to play with, in terms of solar objects. It also gives us much more empty space - pun intended - and this is where our story starts.

Now, when Qi first decided to do these giant bases project, before his results of KDY, I thought he was crazy; ready to be institutionalized kinda crazy! But, when he showed me KDY, I was stunned, and I think the entire Freelancer community was, too - I also learned he was a FL genius. So, when he said he was going to do something similar with Mon Calamari, I was ecstatic to see what he could cook up. Qi and Solostaran worked tirelessly on this project with fantastic results.

They used these images as their reference: 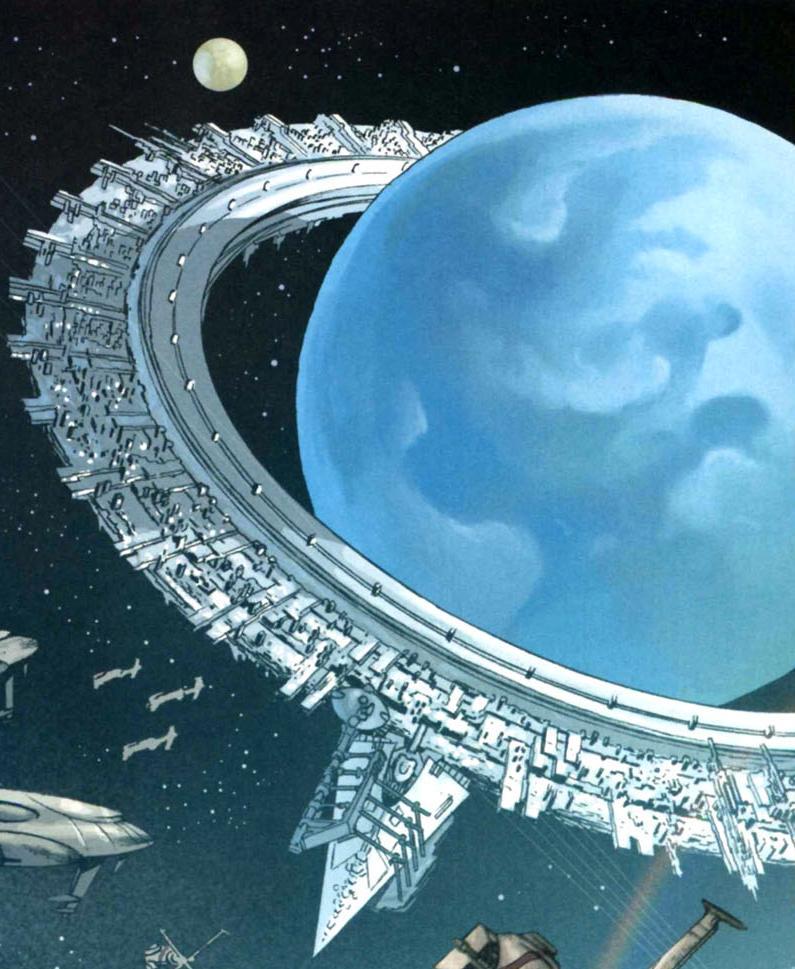 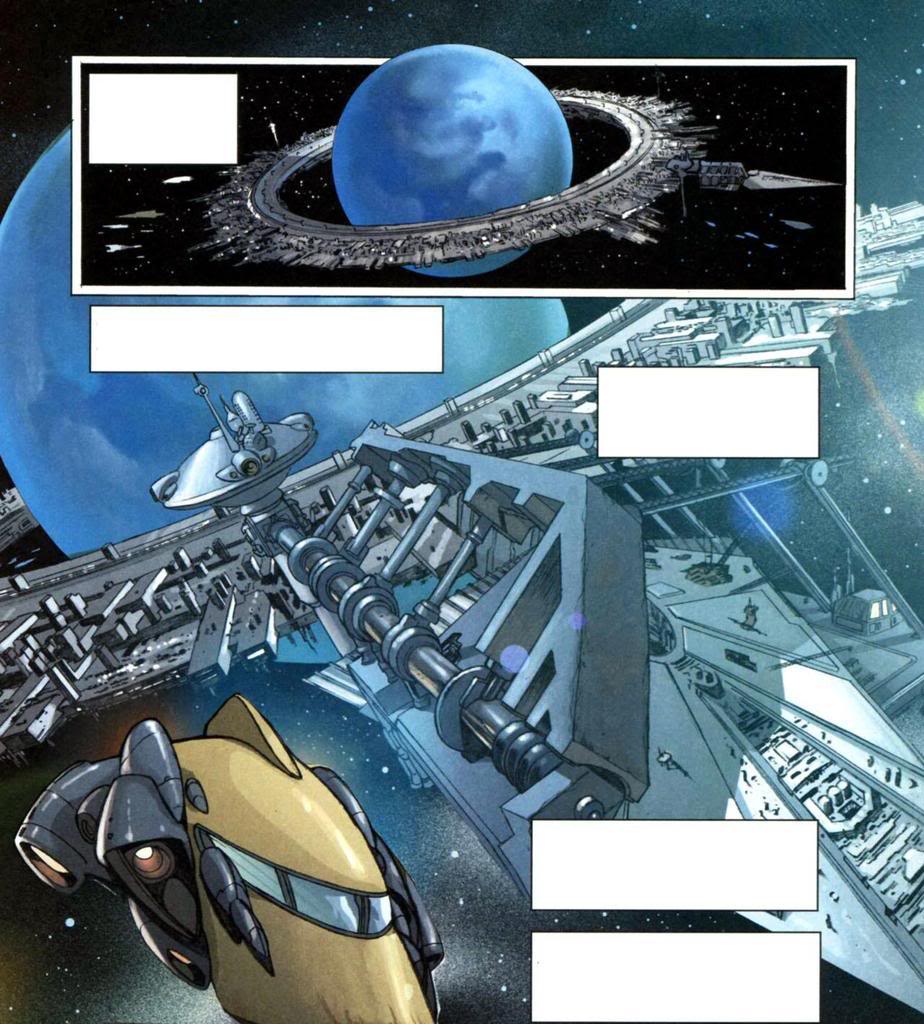 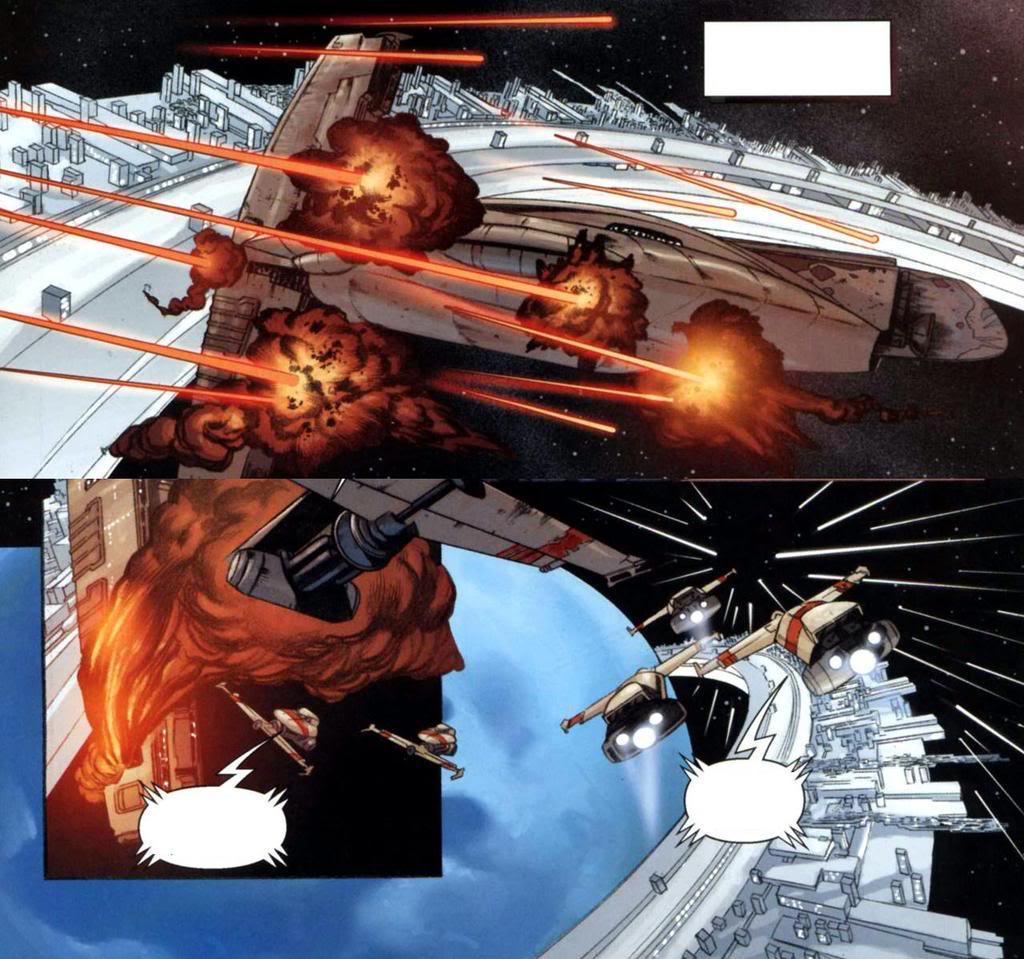 Now, FW:ToW is set around 40 ABY. So, if you read the canonical sources, MCSYs, wasn't complete until well after that date. Qi decided to make 1/3 of the ring. Here's his result - for prospective, the diameter of the planet is approximately 52km. Qi's station has a radius of approximately 40km. Doing the math, the station itself is around 84km long. That's bigger than some of the smaller systems in Freelancer...

Anyways, without further adieu, here are the in game images: 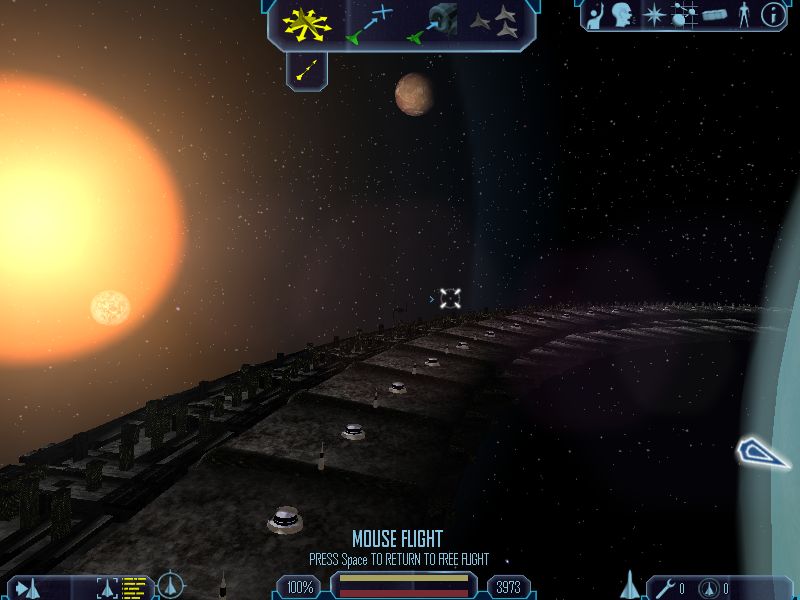 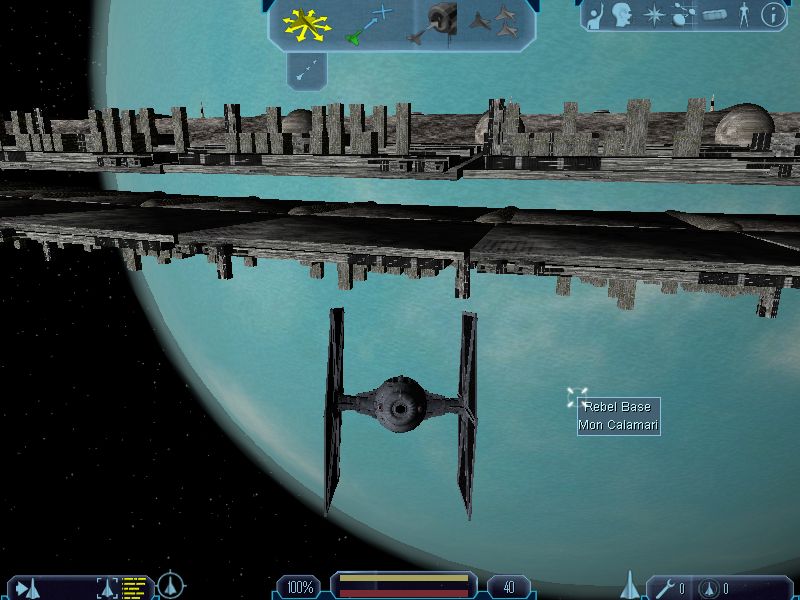 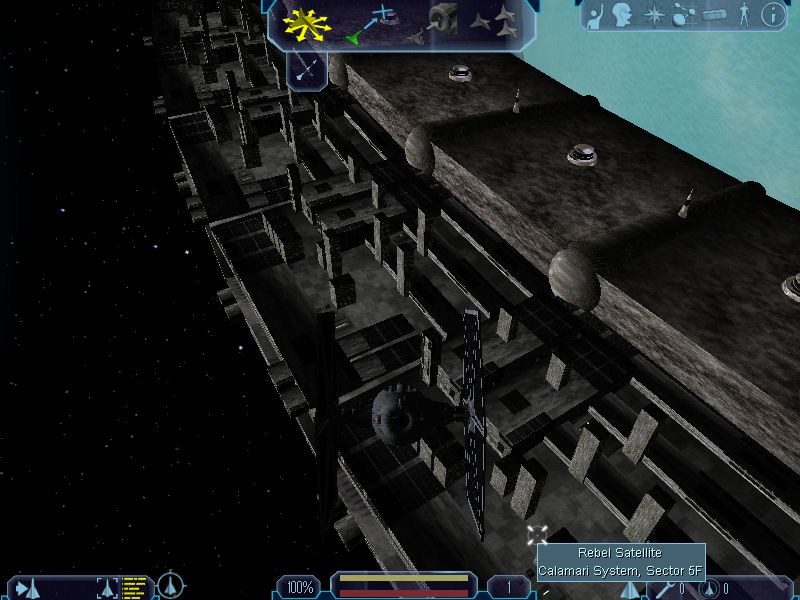 These are some of the textures that Solostaran has been creating for use on this massive station:

I hope you enjoy this latest update. If you like what you're seeing with all our recent news pieces, please give us a vote so we know! I hope all Star Wars fans, who loved the space battles, can fall in love with this mod.

looks really good. shame the text has fallen from the comic. :-(

one word can explain this, WOW!

question tough :p are all the objects still on 1 line (everything is on one plane in vanilla fl)

no what i ment is
allmost everything (excluding player ship) is situated on the same plane
as in, a planet is hanging at the same height as a jumpgate, space station and everything else

And Sushi has already answered ;), it's all 3D.

To elaborate on the above answers, "3d" systems aren't just a 2.0 feature; they're already included in Freeworlds, and have been for a few years. Most of the objects are on the solar plane (with minor variation in vertical position), much like the real universe. There are, however, plenty of things to find above and below the solar plane; "secrets" to be uncovered by the intrepid explorer.

This is a first stab at the Mon Calamari Shipyards.

I'm not nearly done with the Shipyards. It needs much more different modules. Also a good defense system (on-module mounted turrets) so that it gives me a warm welcome when I approach it in my Imperial Tie Fighter (it is a New Republic station).
Also we want to add work crews that are clearly constructing and welding on it (flying R2 units like R2D2)

When it is better presentable I will write a new article.

As Supreme Commander of the Empire I will take great pleasure in declaring Mon Calamari Shipyards as a target in one of our weekly TE's!
(after all, I've got all the plans)

Join our community! Help building and playing our own mod!
Freeworlds-mod.net

wow, looks awesome, but thats not the KDY i know, or at least this is not the one from the old comics,

This is the Mon Calamari Shipyards, not Kuat Drive Yards. The full ring around Mon Calamari is from the 'Legacy' era, which is about 140-odd years after the Battle of Yavin.

We decided to do our own take on it, hence the reason the ring will be missing a section, to show that it is still under construction.

ah yes sorry, Mon Cal, cos the KDY on other posting of yours looks similar in one , mixed it up