We interrupt our scheduled posting about landships to bring you some info about upcoming graphics improvements. Like a lot of software, Airships development runs on two rails: major changes and minor improvements. So while I'm working on adding landships for version 7, I'm also taking time to fix bugs and add polish to version 6.

Specifically, I realized it was really time for a graphics cleanup. Airships' spritesheet has grown organically, with me adding sprites as they were needed, adapting colors and elements from previous work. At this point in its development, it was time to clean things up to get a more consistent style and colour values, in the service of prettyness. Because, as it stands, Airships is a nice niche success, but I'd like it to become a broad success, which means visuals very much matter.

So last week I redrew the entire sprite sheet on top of the originals, sticking to a palette of about 16 colours. In the process, I finally cleanly separated shading from colour value. What does this mean? Well, most brightness variations in what you can see are due to lighting, and there's now a lighting engine to handle this. Before the redraw, you would have light and dark patches on armour sprites that got applied a second time by the lighting system, resulting in a messy high-contrast look. Now, a lot of the sprites look really simple - light wood armour is literally just a brown square - with the texture coming from the lighting.

The downside is that the graphics now look awful without lighting applied, which is why the game now ships with variant spritesheets where the lighting has been pre-applied. This means you get a lot of the nice new graphics even if you've got high quality graphics turned off. 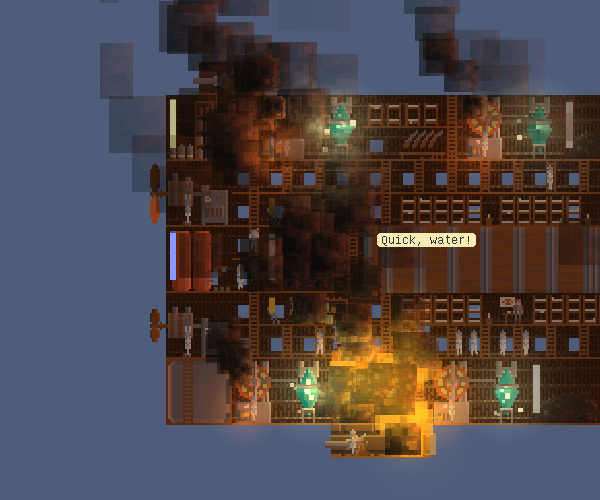 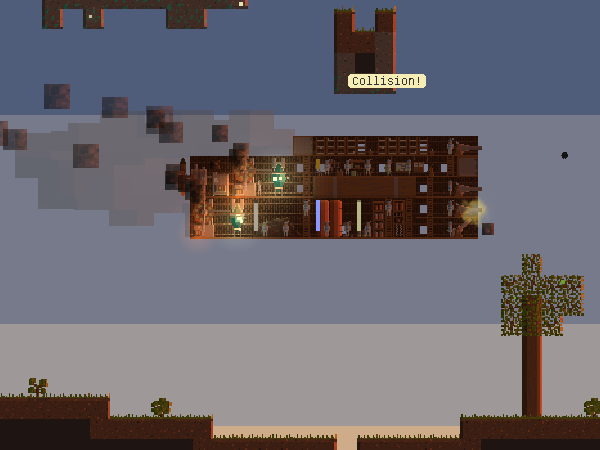 Right now, I'm working on birds, clouds and backgrounds. There will be a 6.3 update soon which will deliver all these graphical improvements as well as the usual array of bug fixes.

Not going to lie, my first impression of the second spread sheet was that it looked absolutely terrible. But then the lighting is applied and the final image is the product, and man oh man the game keeps on getting better :)