Hello everyone. This update is going to be the final news release for Extension Pack No.2, as Version 3 Final is Closing the Chapter.

Hello everyone. This update is going to be the final news release for Extension Pack No.2, as Version 3 Final is Closing the Chapter of development for the mod. A lot of time and resources have been spent in such project, and I can finally say: It was worth the time. With new overhaul and basically replacing the outdated versions with latest release, the development has reached its conclusion. And now, comes the goodbye from the Developers and proceeding to other projects. 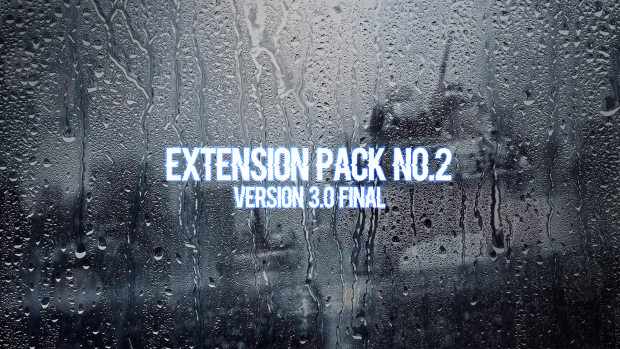 This project started out as a test of what I and my former team at Half-Way Studios was able to do with Refractor 2 Engine. And as you can see, many experimental versions as Beta's and really old releases that date way back in 2014 proved that we are able to create something. It was a rough road, full with obstacles and life changing problems. And today, the old friends are releasing the *real* final version of the modification. Personally I didn't like how the mod finished, having Battlefield 3 Wannabe content and broken stuff inside. The original V2.0 was atrocious and was impossible to run on a normal PC, and with the 2015 remake and "DLC" Expansion release, it still was missing something. Polish. The mod was not polished enough, and was thrown away at the moment of Expansion release.

This final version is going to fix the past mistakes and problems. Version 3 is going to be our best shot to bring high-quality content for the game, and with the early announcement of Extension Pack No.3, I think it's the best idea to wrap up the project with real game-changing content. I managed to bring back my old team from the dead, have new friends entering the productions and bumping up everything at 200%.

Version 3 will contain the cut from V2.5 release Steel Mill map from past releases, and also the postponed Pan Asian Coalition Revival Expansion compatibility. Among the lines, most of the broken assets were removed from the game, and some of the original maps have received fixes, such as invisible water bug seen in Stormbreaker and Lebanon.

Thank you everyone for the support in these 4 years. This project means a lot to me and my team, and with this pay-off, I can continue working on it's sequel, which is still placed on the pending status from 2017. I will personally check over it's page and status, with hopes to revive the project and bring it back from ashes. Enjoy this final build of Extension Pack No.2 - an Instant Flashback production. This mod still didn't receive a proper name didn't it? It's up to you to find a proper name for the project.

Thank you for following, and see you in other projects. From behalf of Instant Flashback: Betamaxx

Thanks again for all your work guys.
Awesome work !