While news on Daath Galaxy has been minimal this Winter, progress has been more than substantial. Most core systems are implemented, most missing pieces are known & have solutions. Here's some screenshots & more details outlining the progress so far, and the work left ahead before the first playable tech demo is released. Check it out:

It’s been awhile since I’ve updated this site, and that’s because I’ve been too busy working overtime literally 7 days a week programming and extending Daath Galaxy. During that time, I’ve successfully implemented the following features into Daath Galaxy:

Here’s a screenshot with elements in view, as well as a waypoint showing the location of the exit. This is all in the Unity editor itself, as I didn’t feel like recompiling the game for one screenshot:

I’ve been working my butt off 7 days a week, every week for months, working over time hours, eating ramen and just barely scraping by (thanks to the generosity and patience of my landlord.) I’m approaching the 2 year anniversary since I started working on Daath Galaxy full time. 2 years of (self-induced) suffering for what I love. 2 years of being completely broke because I made a decision, a commitment to my desired profession regardless of what it costs me, be it health, sleep, sanity, relationships, and/or money. In fact, I’ve lost more of those things due to this game than anything else in my life, which is saying a lot (I’ve had an eventful, crazy first half to my life.) Taking on a project of this scope is not realistic for most people, but given my dedication and skill-set, the game is moving at a breakneck pace (actually much faster than my revised August 2014 roadmap.) I can’t do it alone though, so I’m going to need your help. For now, you can really help me out by just taking a few moments to vote for Daath Galaxy on Steam Greenlight please! I’d rather have 100 new Yes votes on Greenlight then $1000 extra dollars in my bank account (although I am totally broke.)

Speaking of money though, I still need to upgrade to Unity Pro so that I can actually have some good looking lighting (on Unity free, I’m limited to shadows from a single directional light, which is completely unacceptable and looks like sh*t.) Unity Pro also allows me take advantage of many performance enhancements such as OC and LOD, and pour on all the AAA eye-candy you’re used to with fullscreen shaders (you know, dynamic damage, subtle bloom, depth of field, as well as status ailment such as drugs, poisons, withdrawls, waking up/going unconscious, transdimensional travel, and tons of other crazy fullscreen effects.) A Unity Pro license is either $75 a month (with a 12 month commitment) or something like $1500 cash down. Right now, that’s totally outside of my ability to afford (my full time job is working on an unreleased game, remember) so I’m going to need some help to get a Pro license. Contact me if you’ve got a Unity Pro license for me or want to help fund the development of the game.

I have a list of about 50 things left to do before I can ship out a playable tech demo of the first galaxy. My goal is to run a Kickstarter or Indiegogo campaign using the live playable tech demo as a free download. That will also be my first actual marketing campaign, and I intend to switch over to full time promotion during that time period, to try and secure funding to keep development rolling smoothly through the rest of 2015.

So here are some comparison shots of progress on previously featured screenshots: 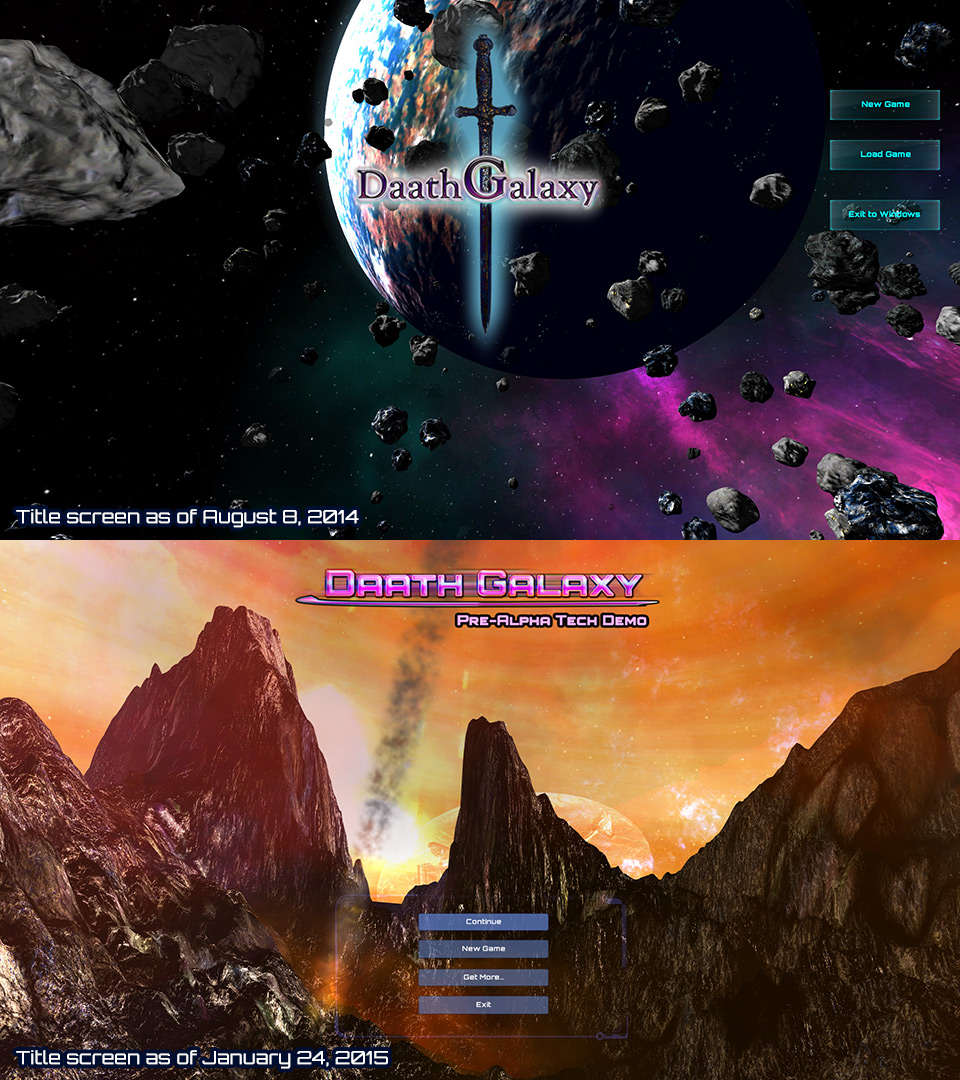 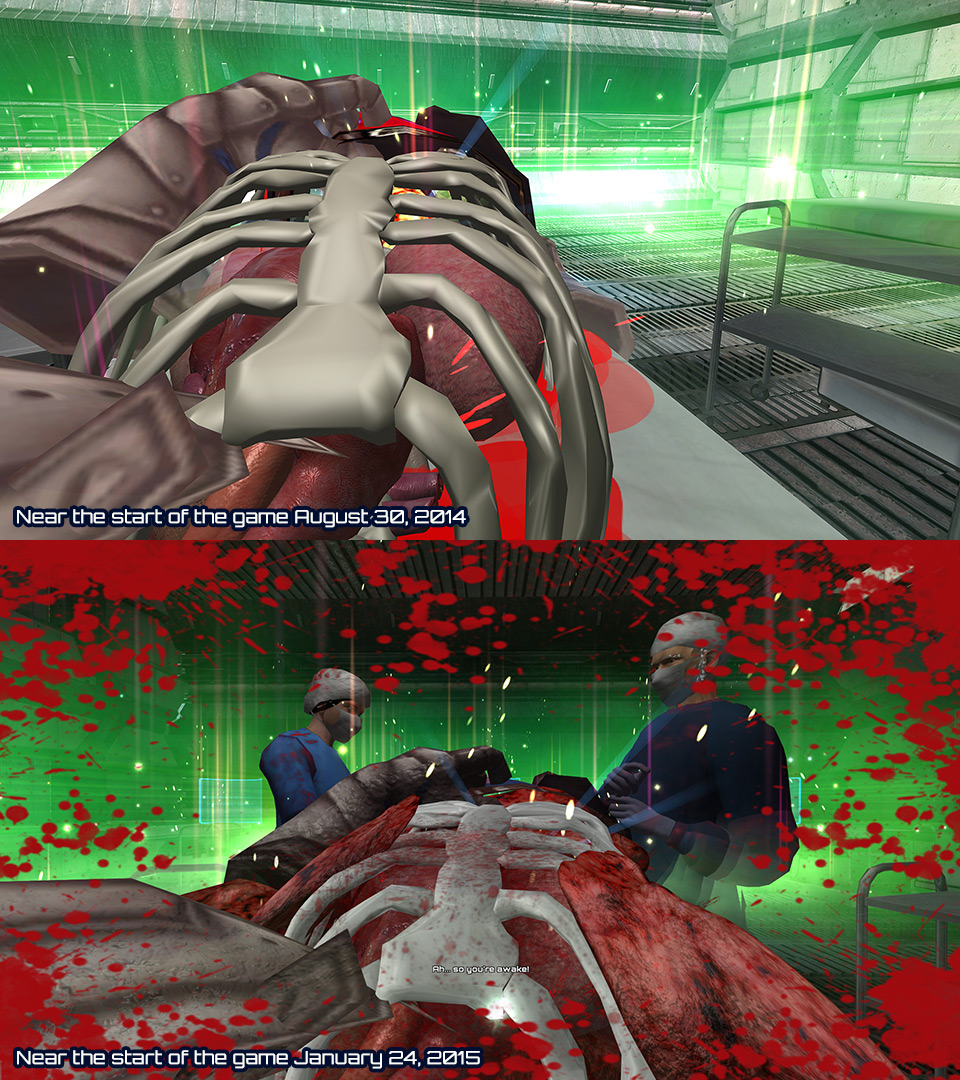 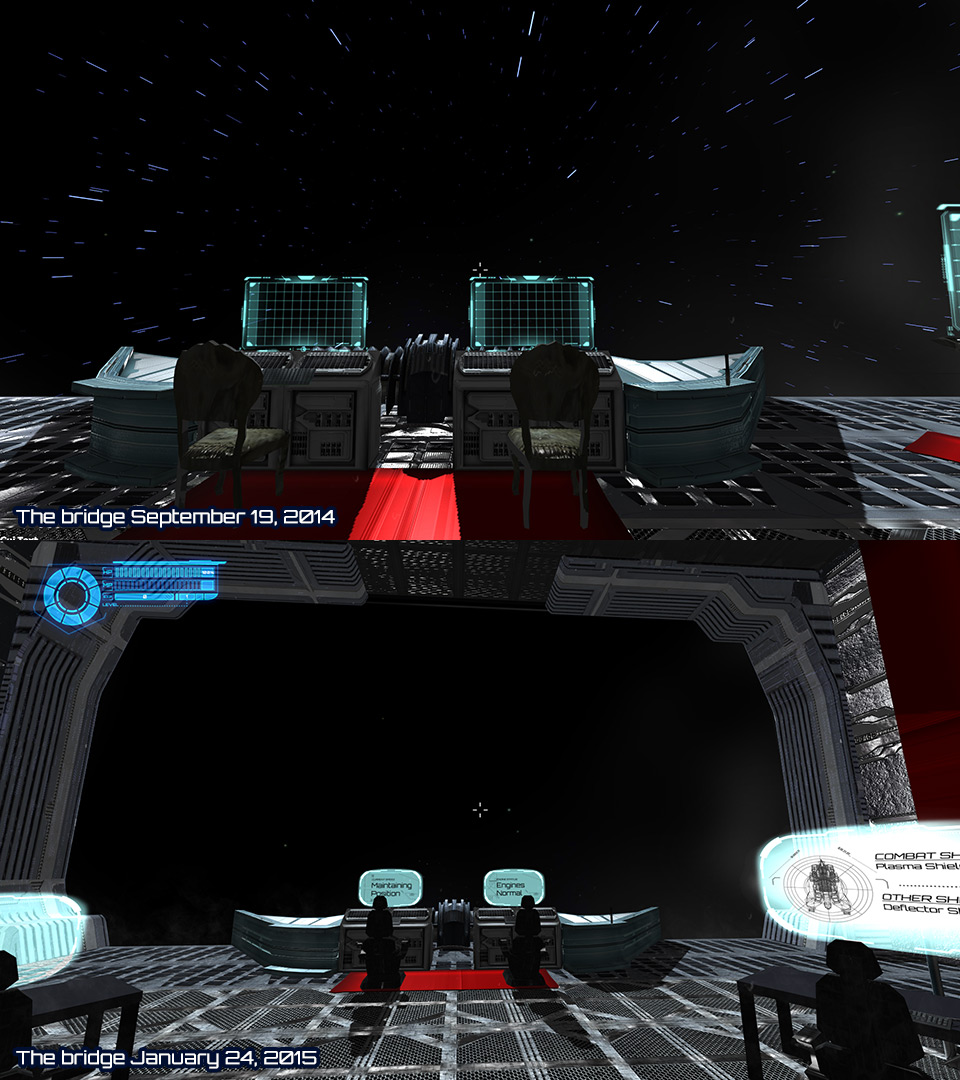 The intro title sequence has undergone many revisions (it’s my testing scene for new animation effects) and currently looks something like this: 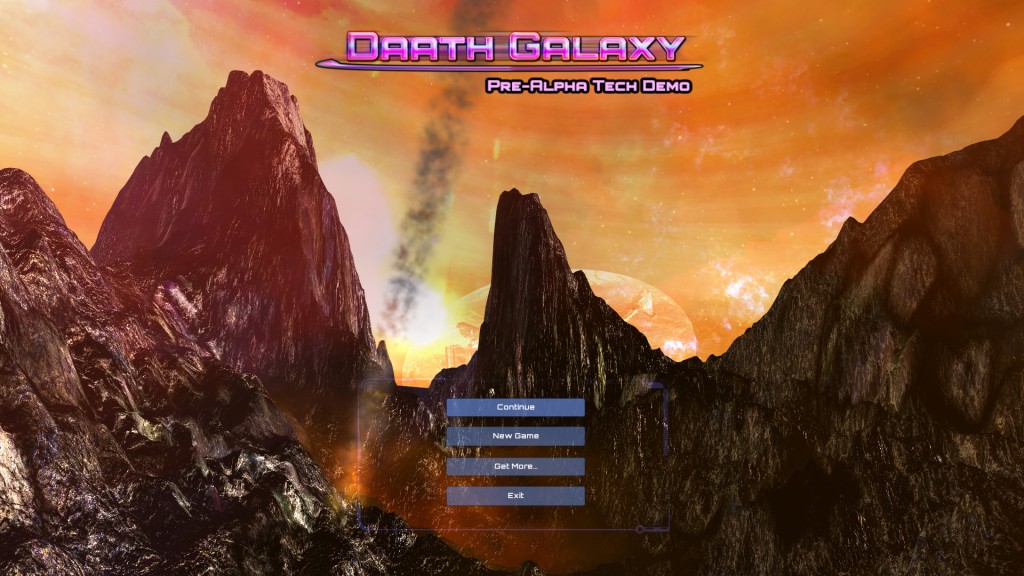 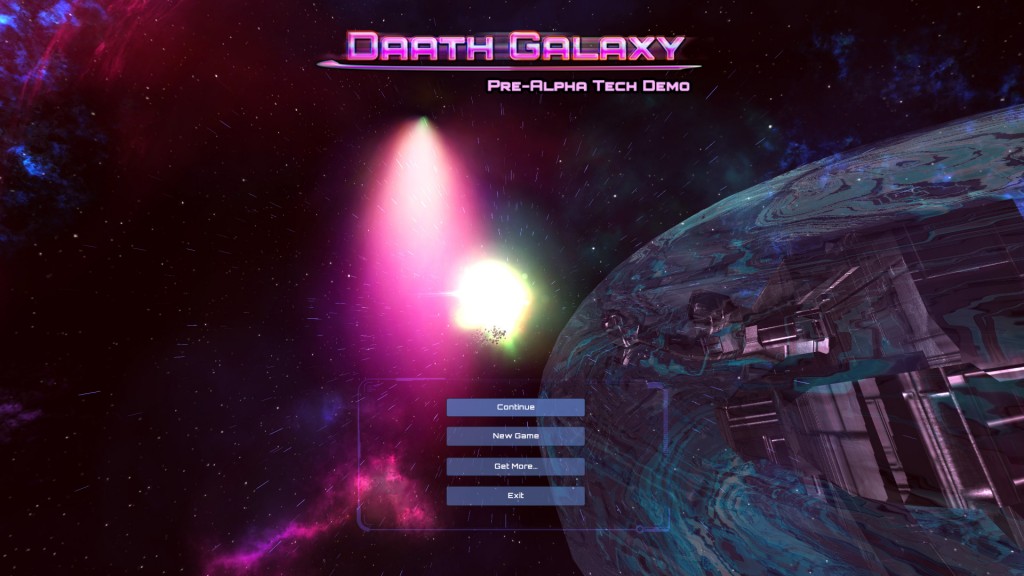 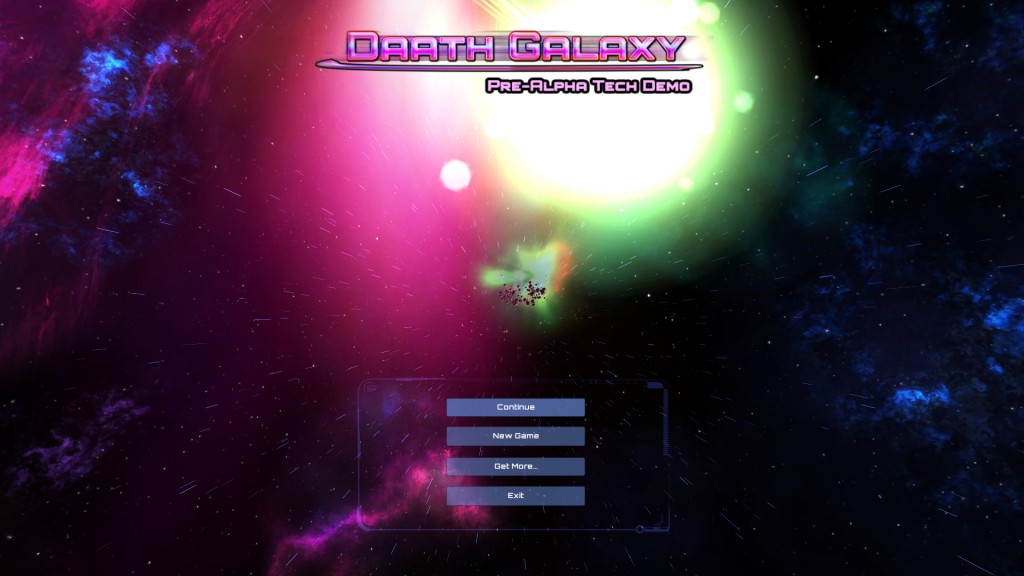 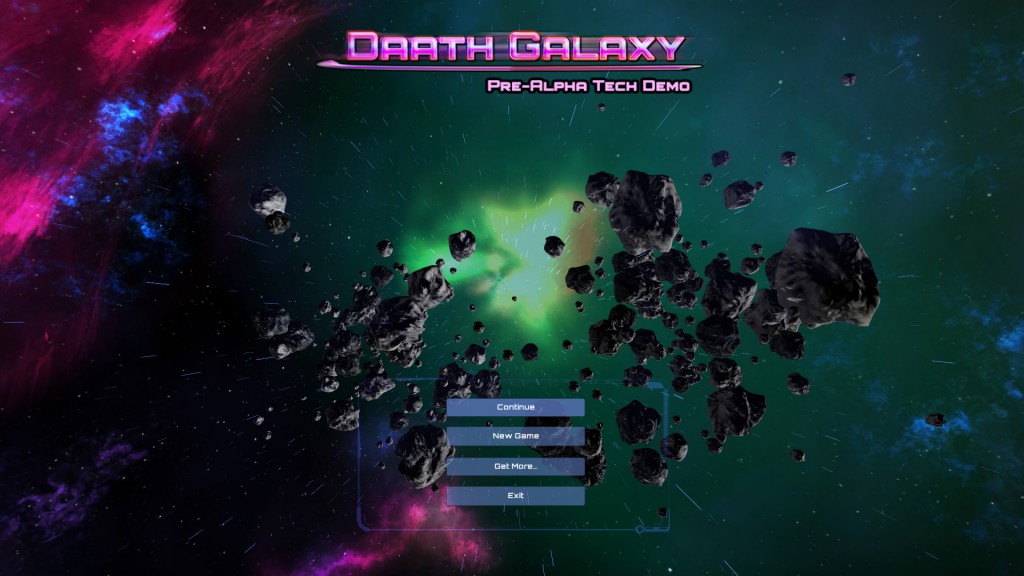 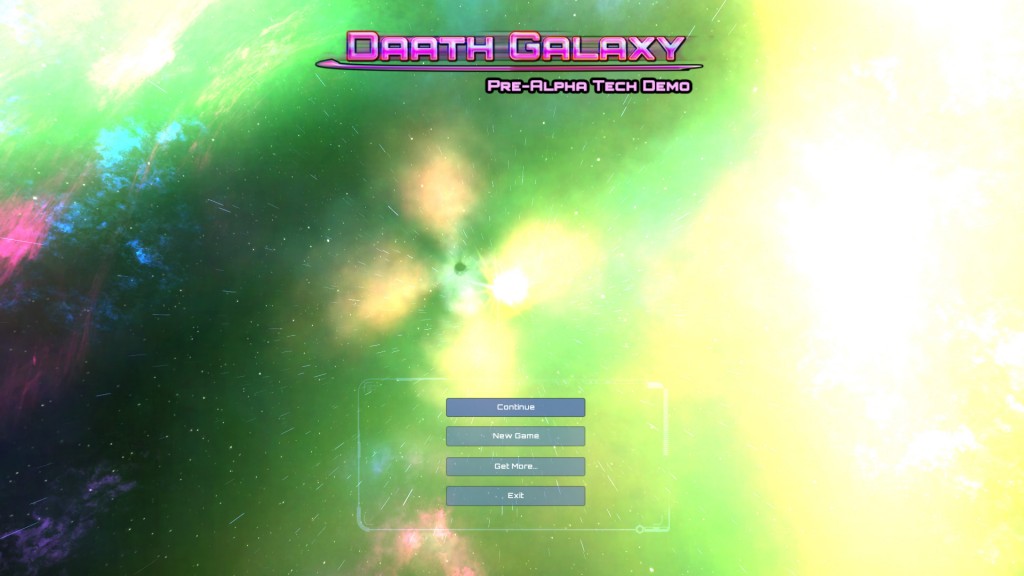 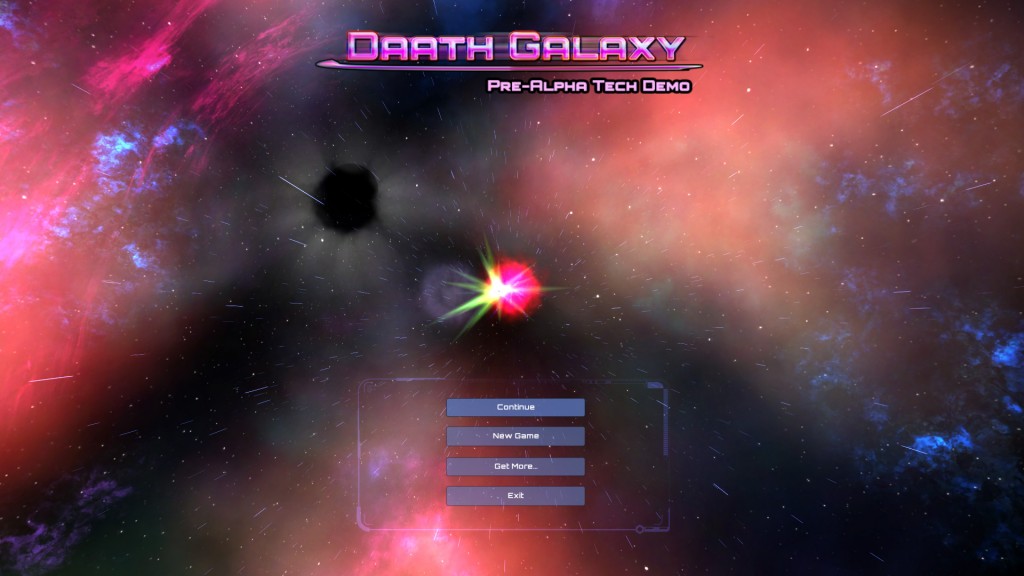 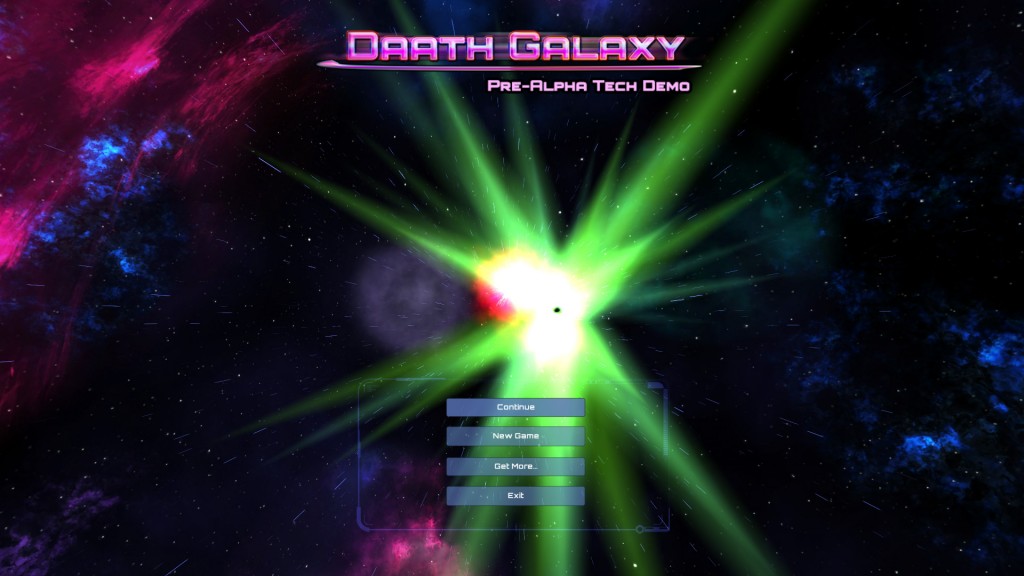 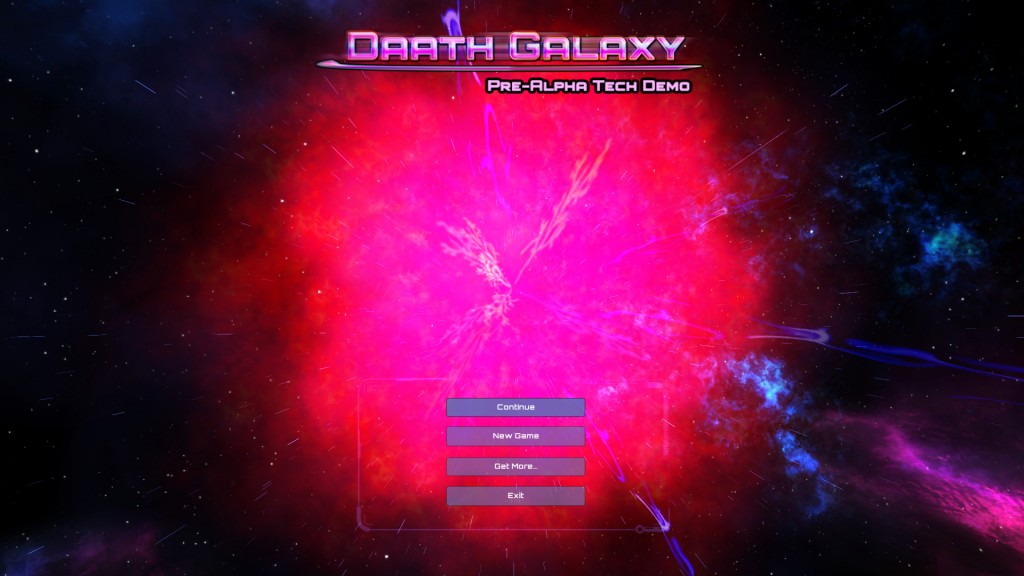 Anyway, I just wanted to push an update out to this site because it’s been awhile. I want to let everyone know that development is going better than expected, is constantly progressing, and that I will be back in the near future with more substantial updates showcasing some of these specific implementations within the game. Please follow Daath Galaxy here on IndieDB.com, as well as on Facebook, Twitter, Steam, or where ever else I have a presence where you’ll be able to follow along. Thanks for reading.