While we are working on releasing the update faster, we want to share the changes we have been making.

Posted by SheWillPunishThem on Dec 13th, 2020

While we are working on releasing the update faster, we want to share the changes we have been making.

Full 3D world map
We remade the world map to be fully 3D. When you click on a location, the camera will zoom in to that location, and the map info will pop out. You will get a brief understanding of how the map should look like before you enter it. 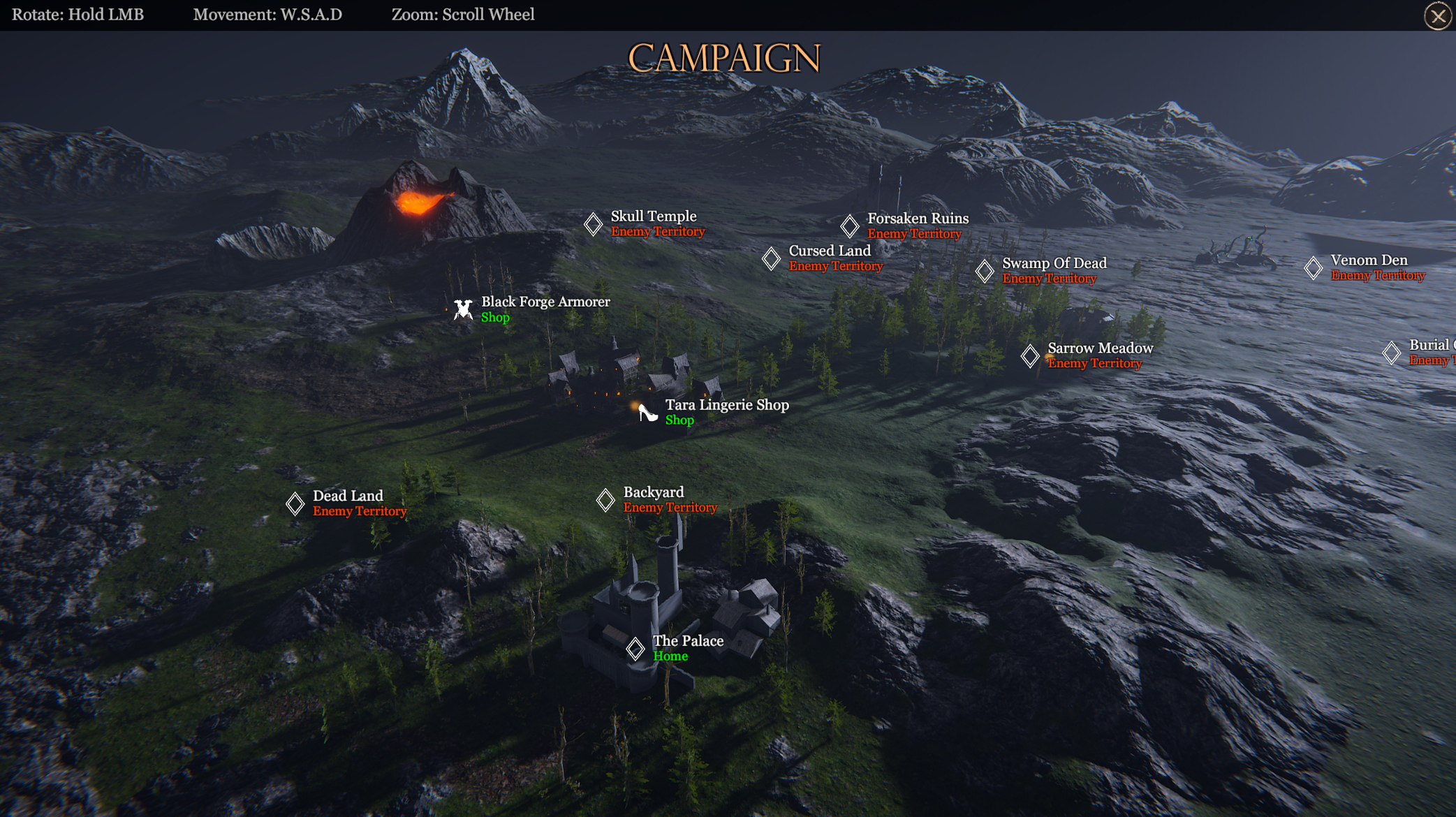 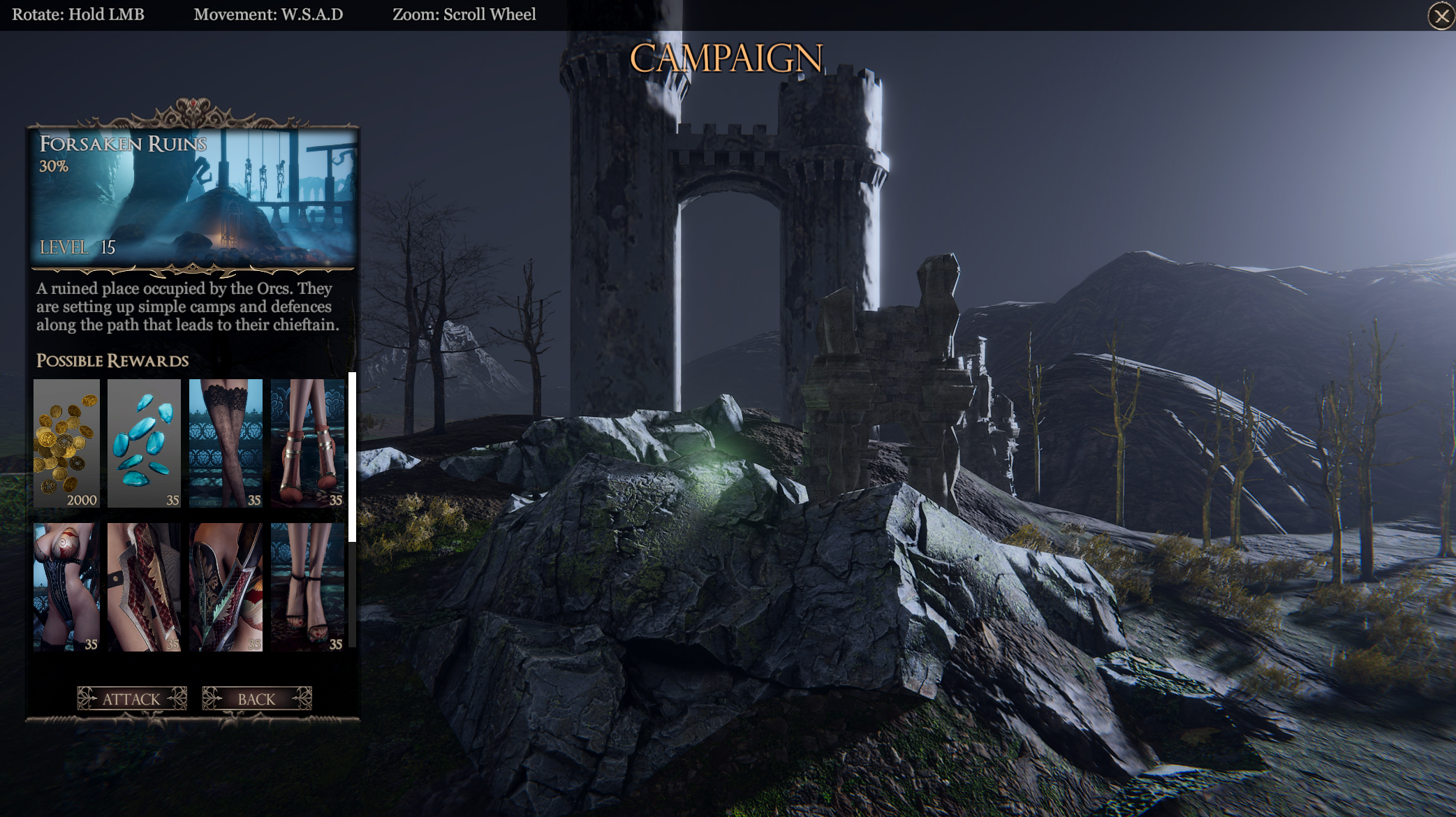 Maps
We have entirely remade all the maps to fit the new visual styles. There will be around seven available in this initial HD update, and we add more in future development. 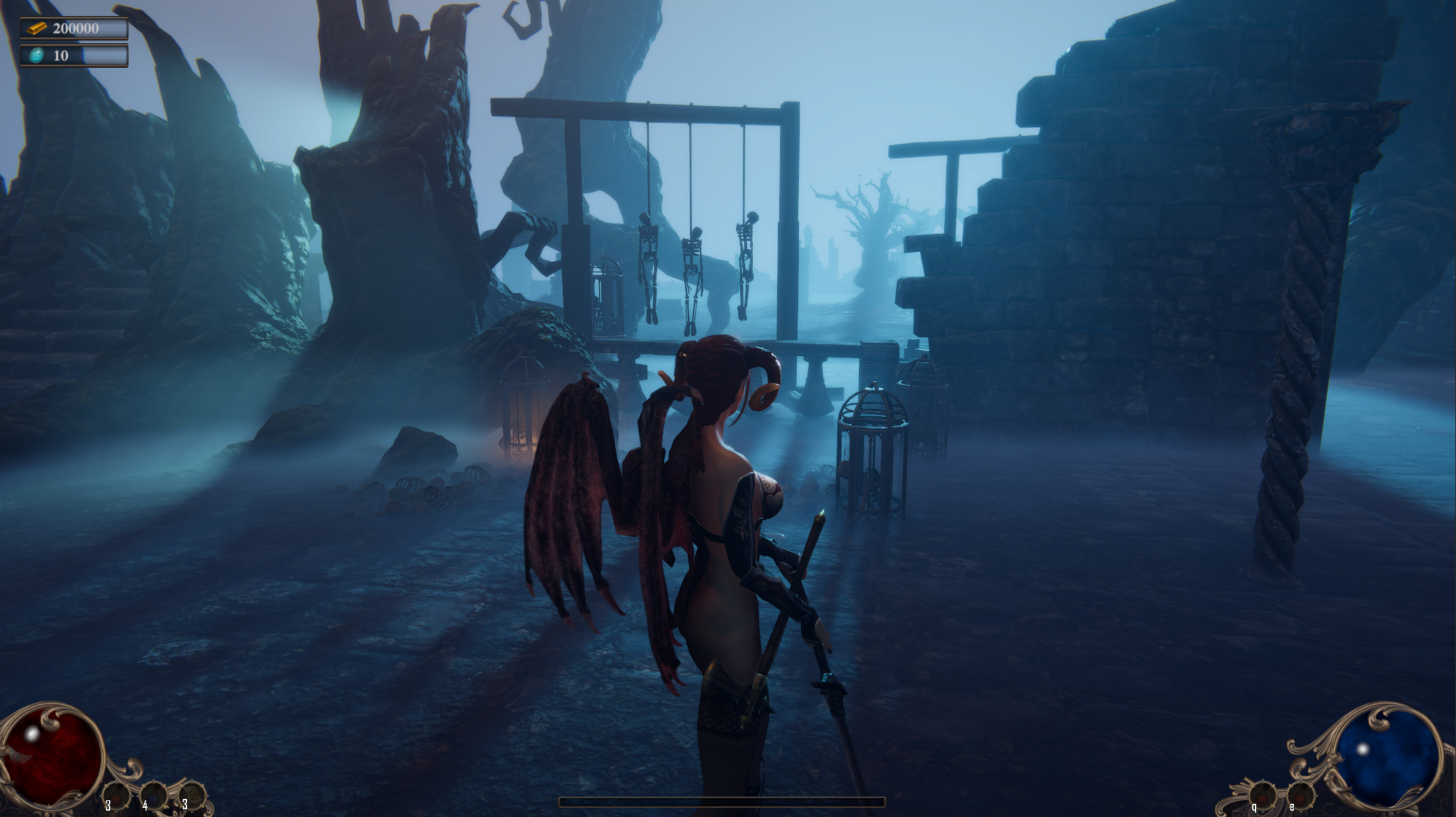 Reward System
You will get regular loot from combat just like before. You will also get random rewards from completing a level or from achievement (TBA). The rewards are not limited to only weapons and armors; they can be a new map unlocked, new companions, armor sets, lingerie, new furniture, etc.

Free-Look Camera
With this function, you can view the Succubus from any angle, at any distance, and at any time. You don’t need to worry about clipping because a collider will block the camera.

Posing
You can access the posing menu at any time and select the pose you want the Succubus to do. When interacting with furniture such as a sofa, this menu will pop automatically. 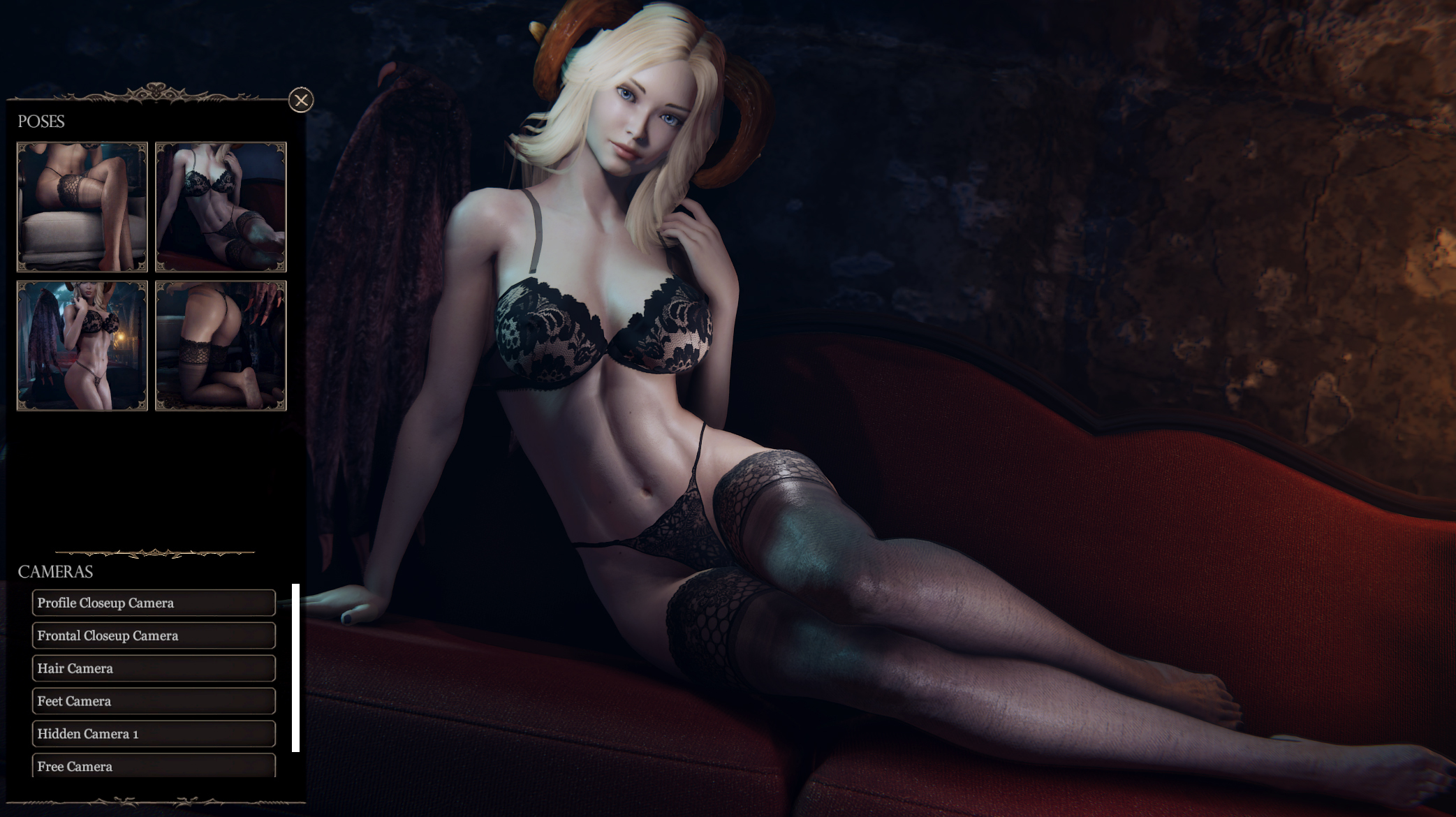 Separated underwear/lingerie inventory slots
We have added an underwear only page in the inventory UI. Here you can find slots such as bra, panties, stockings, garter belts, heels. Basically anything lingerie related. And the underwear-only toggle allows you to hide armor and show only underwear. In the future, we will add piercings, belly rings, and other sorts of accessories here as well. 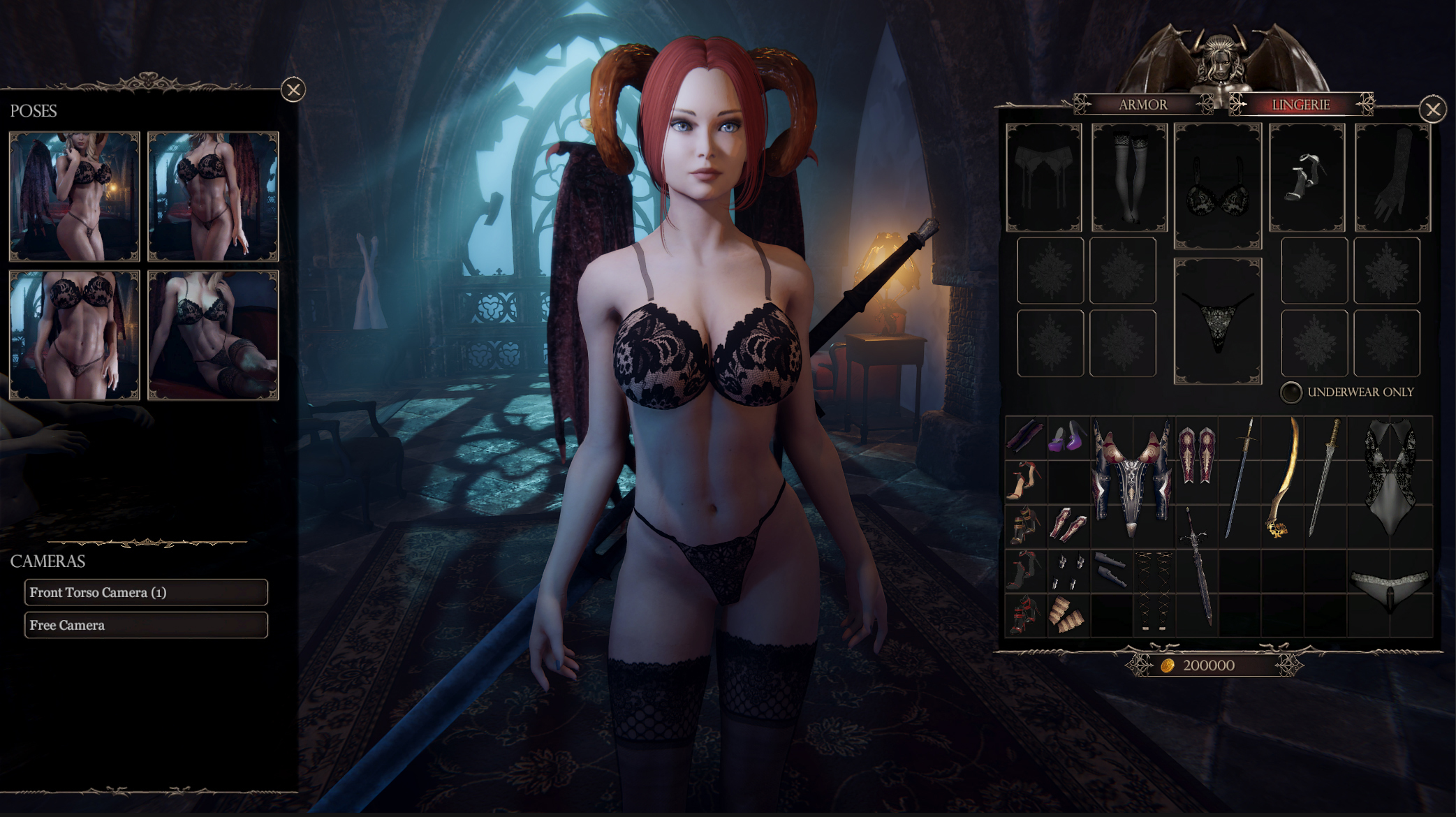 Shops
We have added two shops on the world map, a blacksmith for purchasing weapons and armors and a lingerie shop for underwear. Don’t forget to visit them! 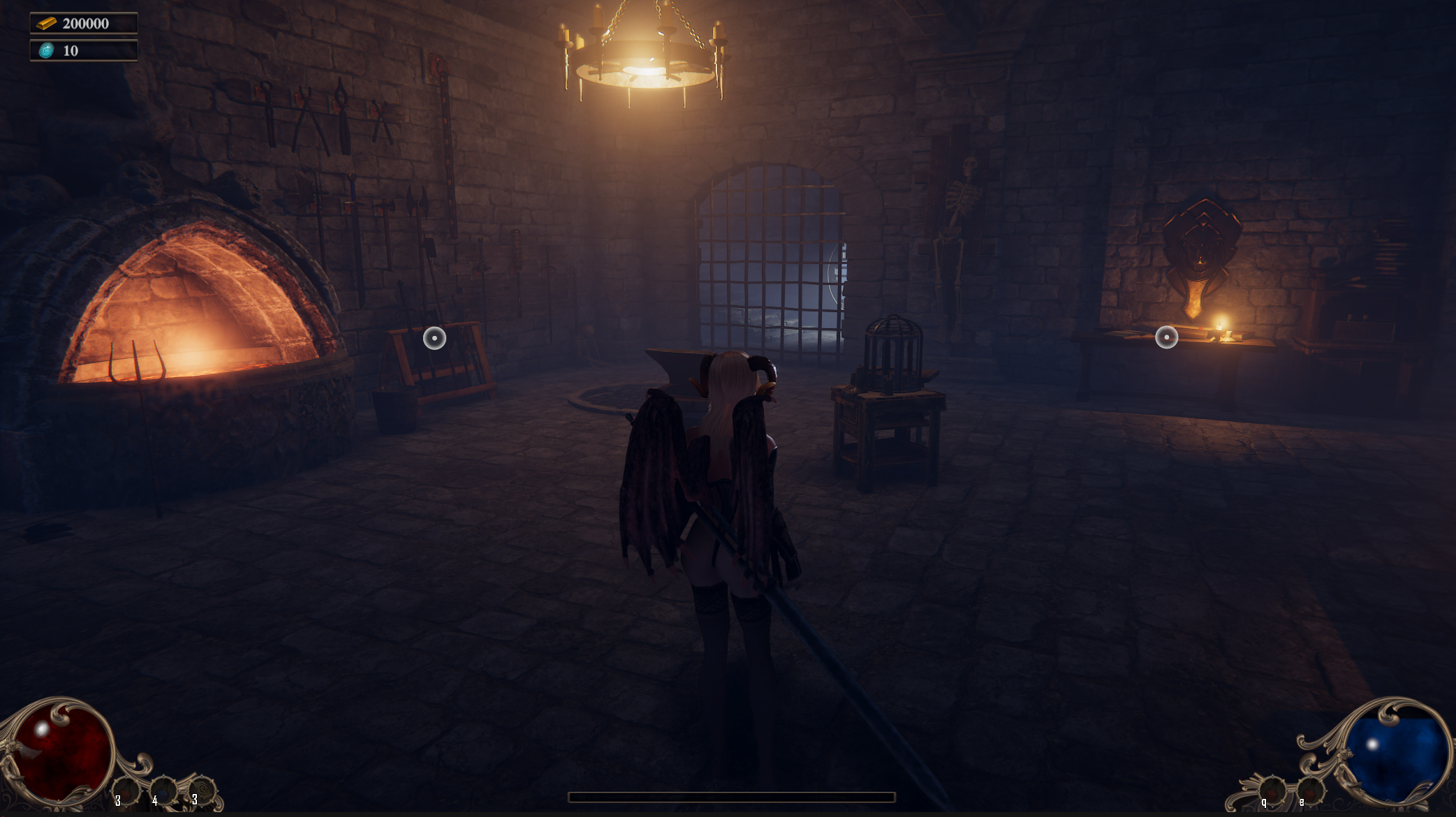 Our thoughts about companions
Our current understanding of companions is that they are Succubus, demoness, or human girls who will join your party after completing certain maps or achievements. They have their distinct look and outfit that fit their personality. You can unlock more outfit themes for them through combat or simply dress them with your clothes. In combat, they will act as AI, which follows you and attacks anything in range. At home, they will do some idle things, such as sitting in a chair. When entering a posing mod, you can choose which girl to pose with. Sometimes you can select multiple girls to pose together.

What do you think about these changes? And which one do you like the most?