The new construction system is up. Major changes to PROTOTYPEv003.5. Upcoming things to do and why not to kickstart this Project.

By clicking on a special "modable" spot on your own ship, the window on the left will let you choose between the your shipinventory or the trader that is available on the planet or dock. After choosing one of them, you will be able to choose a component on the left. If you click on one of it, a new window will appear on the right side. That window will show you all necessary informations about the component like an image, name, description, if a engine has a boost ability, the weapons damage, the energyengines refreshing rate etc.

When clicking on the "Mount" button, you dismount your old component wich appears in your inventory again and you got your new component directly on your ship. For sure, i need to improve this by giving some money / price checks etc but this isn't up for now. :)

Now CrystalSUN reached PROTOTYPE:v.003.5 and there will be only a remake for the warehouse trader. After that, I'll head into the interesting things like A.I., Mining, etc. so, stay tuned!Developing a game isn’t easy, espacially if you need to do anything by yourself.

I got asked, why not to Kickstart this project, and i said: “no! The Crowdfunding is a nice chance to get a good start with projects and maybe to realise some dreams. But on the other hand, how many projects were funded, but never get into that stage that it was a good or even final product? That can be a fast way to destroy the name and image of that person, who wanted to realise it.”

If you REALLY want to support a Game, you can even do that by told your friends about it. Show them some pictures and other awesome stuff. Maybe there are already some videos about it.

For sure, every financial support is welcome, too, but not necassary. 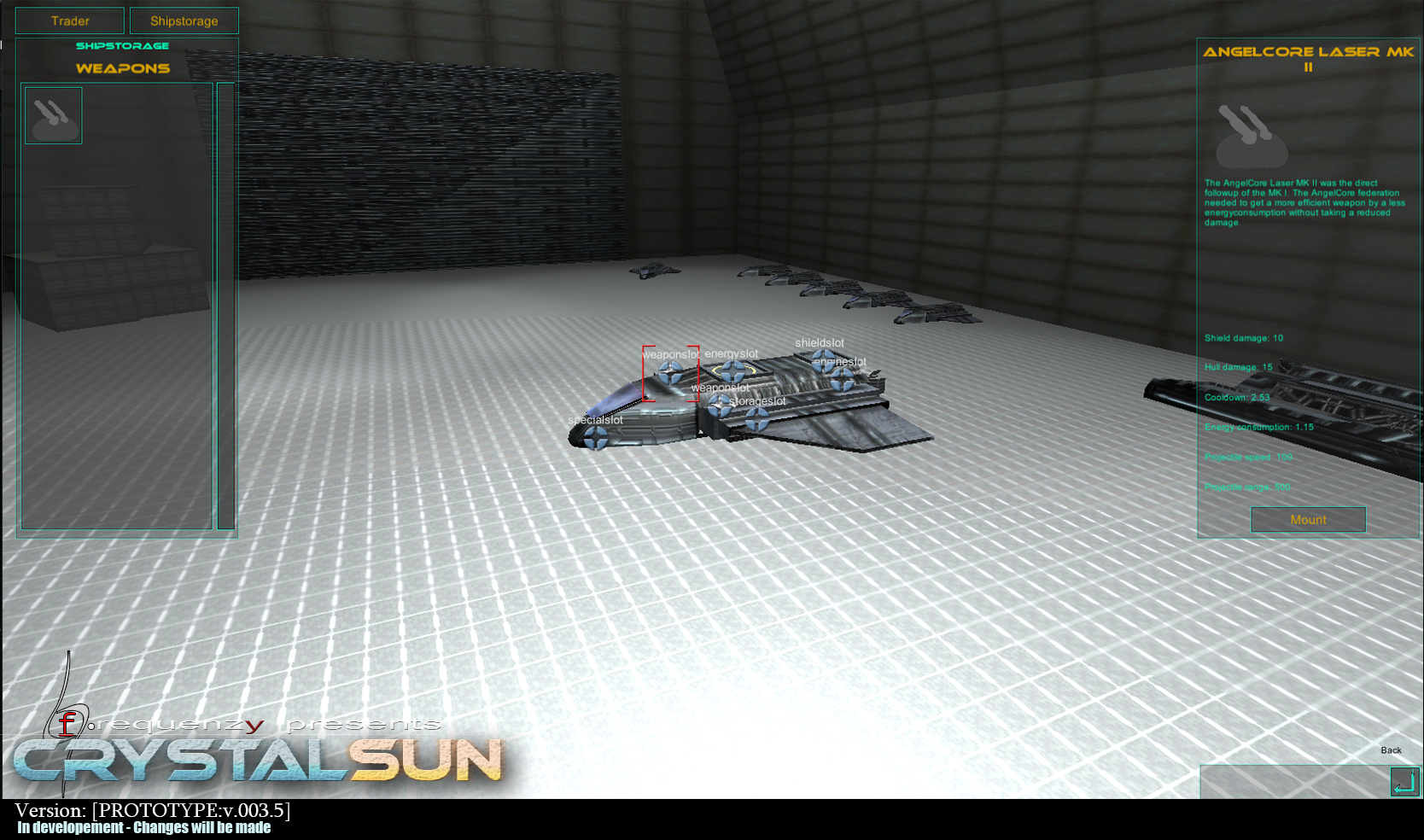 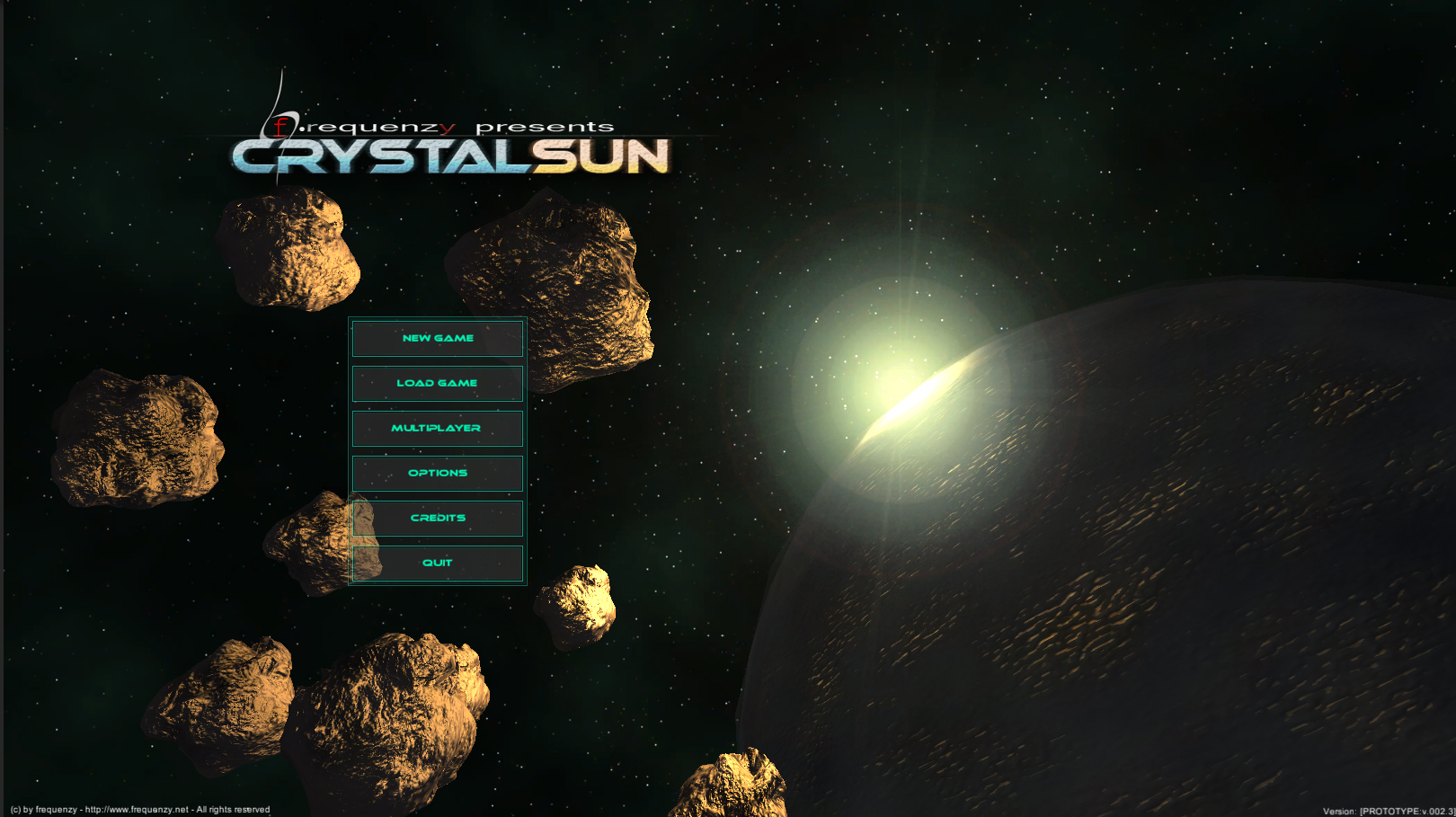 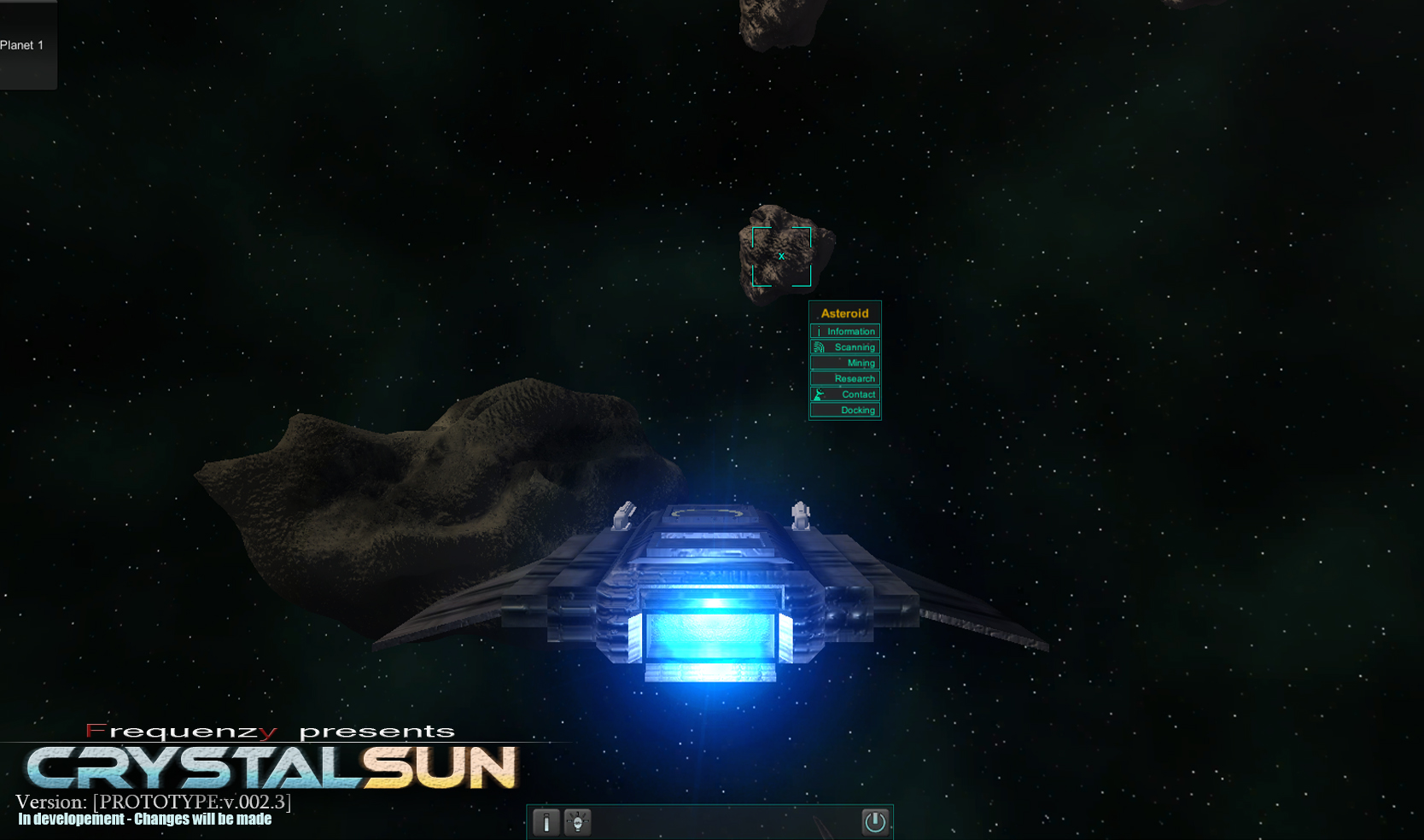 Our Mainartist had released the first version of the equipmentimages of the AngelCore Laser MKI - MKIII hope you enjoy it! That will be the gun, that you are able to Mount on your spaceship later. (Three of many different for sure!, And in LowPoly version ^^) 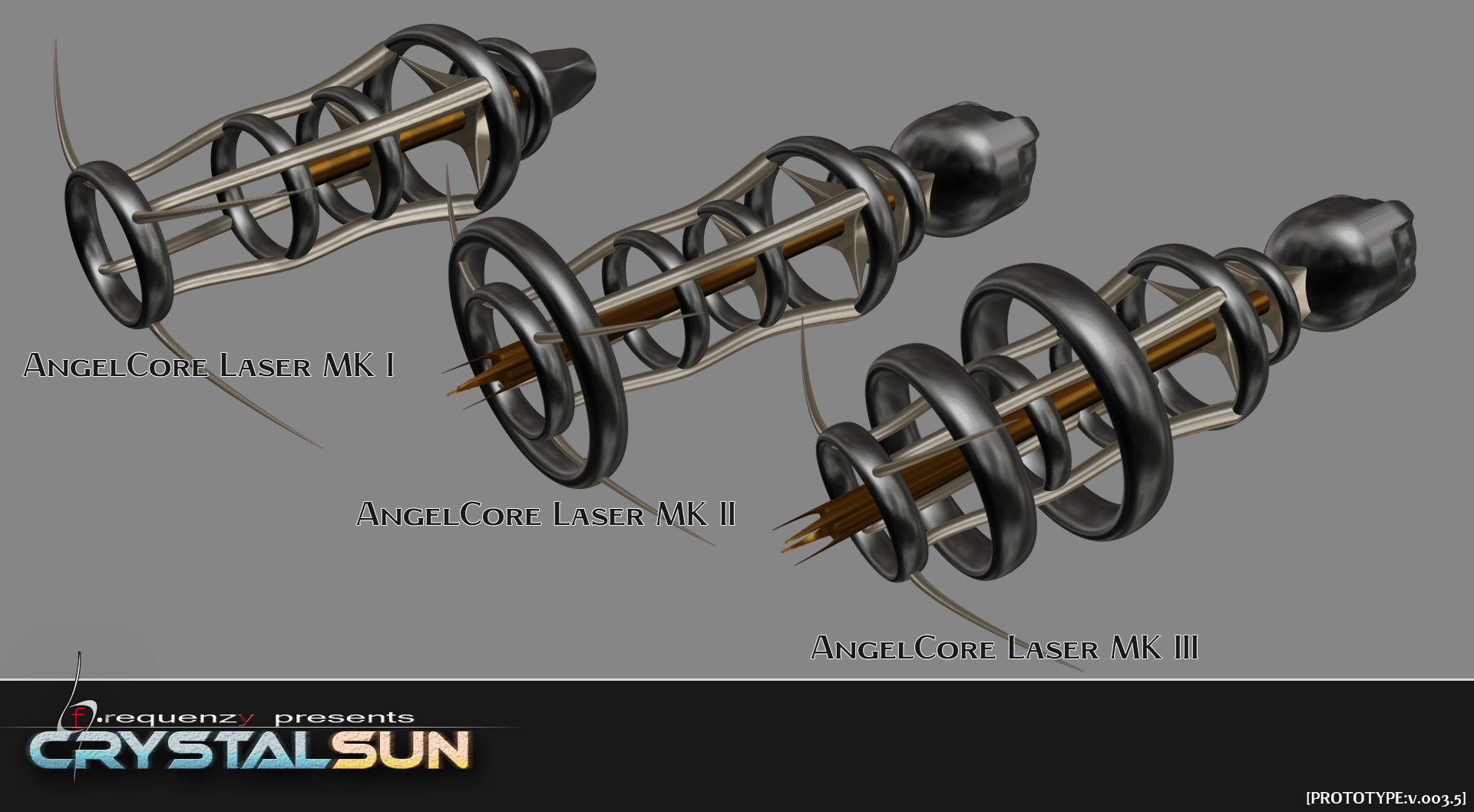 That's for now, i wish all of you a happy new year!

Thanks a lot for your comment. There is still a huge mountain of work in front of me but it makes a lot of fun making this. And i hope i can share this fun with each of you when its done! :)

Is this game one-man project? :)